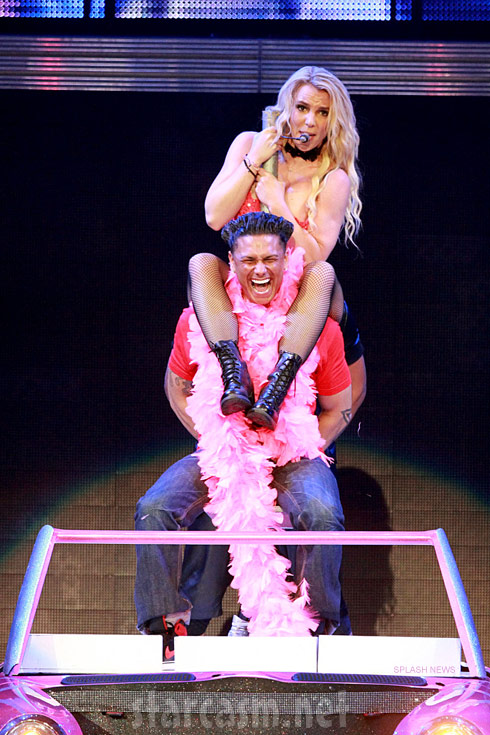 Jersey Shore‘s Pauly D was in San Juan, Puerto Rico Saturday night to open for Britney Spears on the last date of her hugely successful Femme Fatal Tour, and just like she did in Montreal back in August, Britney treated Pauly to a seductive “lap dance” that included tying him to a pole and locking her legs around his beaming face.

Unlike when Deena Cortese essentially tried the same thing in Italy, Pauly couldn’t have seemed happier as Britney seduced him with a large pink feather boa while wearing a sexy black and pink leotard with fishnet stockings. (Pauly was wearing a red Drake-inspired t-shirt that read, “Do right and kill everything.”) 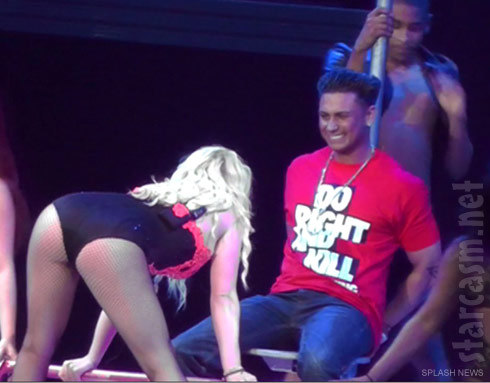 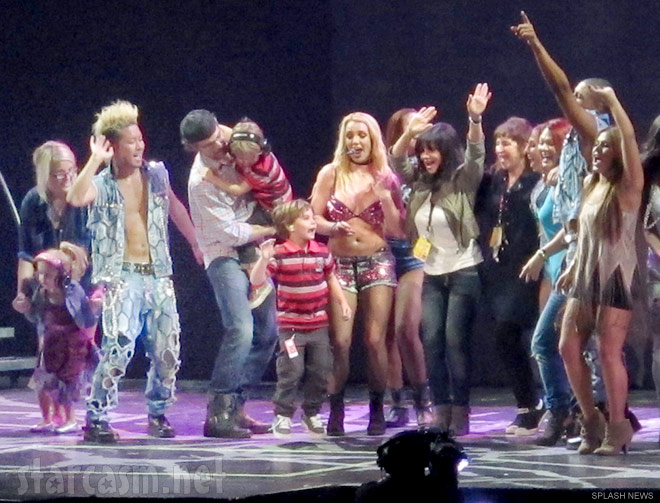 It appeared to be a truly wonderful evening for Britney, wrapping up a tour that reportedly grossed over $6 million after just the first 10 shows!

And speaking of “wrapping up,” let’s take one last loooong look at Britney wrapping up Pauly D in her Femme Fatale leg vice! (As the commenter pointed out below, these lap dance photos look jacked-up and photoshopped! The truth is that the weird arm, leg, and shoes behind Pauly D are of a spotter guy for Britney, so she doesn’t fall on her  derriere y’all! You can see two guys preppin’ the poll from behind in one of the photos above, so it’s probably one of those guys behind Britney!)