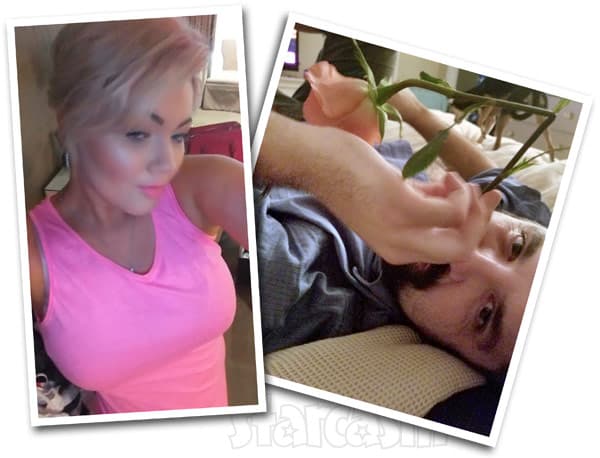 Teen Mom OG star Amber Portwood has confirmed the identity of her new boyfriend with a rather intimate photo posted to Instagram earlier today. In the picture, her 33-year-old bearded beau Andrew Glennon can be seen laying in bed holding a rose. Amber didn’t provide a caption for the image, but she did chime in replying to people in the comments section. More on that in a minute.

First off, let’s get to the answer to the BIG question: Who is Amber Portwood’s new boyfriend? The Ashley broke the news that his name is Andrew and that he is in TV and film production work. She says that Amber and Andrew met in California while she was there (with Matt Baier) filming Marriage Boot Camp: Reality Stars Family Edition. (Amber and Matt were pretty much done by then anyways, so there’s nothing salacious about the fact that they met during this time.) Andrew was reportedly working in the production crew on the show. 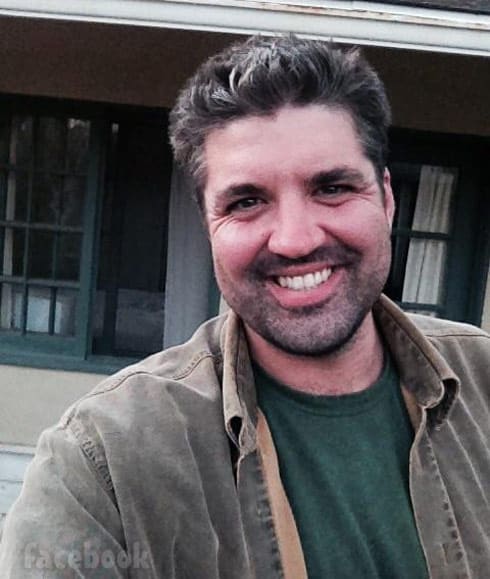 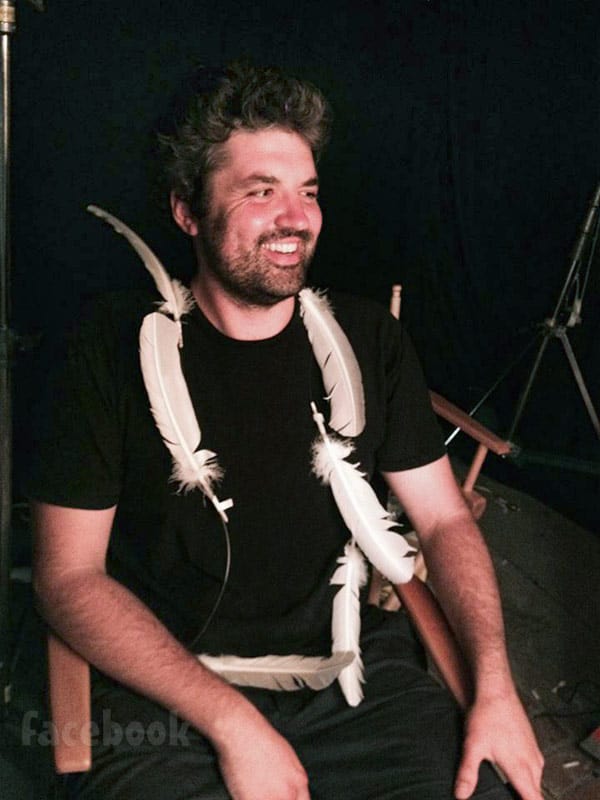 A couple photos surfaced of Andrew, including the ones above, and then Radar Online revealed that his full name is Andrew Glennon. If you’re worried that perhaps Amber has gotten into another relationship with someone with a questionable background, you can kick those worries to the curb! Andrew Glennon is a UCLA graduate and he has a CRAZY LEGIT pedigree — at least as far as his family goes.

Andrew’s dad is EMMY Award winning cinematographer James Glennon, whose resume includes HBO’s visually stunning series Deadwood and the film About Schmidt. And just in case that wasn’t enough of a pedigree, Andrew’s grandfather, Bert Glennon, was an even more well known Hollywood cinematographer who worked with some of the most well respected directors in the history of film. “Becoming a director of photography in 1916,” reads Bert’s IMDB bio, “Glennon became one of the industry’s most respected craftsmen and worked often for such perfectionist directors as John Ford and Cecil B. DeMille.” John Ford’s cinematographer?! If you had asked me a week ago who the greatest cinematographer of all time was, my uneducated response would have been: “I guess whoever the cinematographer was for John Ford?” Wow.

Back to Andrew’s dad, though. Check out his fascinating mini bio from IMDB, which sounds like a potential Hollywood script in the making. Oh, and particular attention to the fact that Andrew’s grandmother was a Hollywood mover and shaker as well!

American cinematographer and something of a Renaissance man. The son of famed cinematographer Bert Glennon, James Glennon and his brothers learned photography at their father’s feet. (Their mother was script supervisor Mary Coleman.) James Glennon began work in the Warner Bros. mail room, where he often was assigned to make deliveries to studio head Jack L. Warner because the other mail clerks were afraid of Warner. Warner advised Glennon to buy a motion picture camera and rent it out, offering his own services for free. Glennon did so, and thus initiated his career as a cinematographer with Jaws of Death (1977). He continued to work as a camera operator on other cinematographers’ films, including The Conversation (1974), Ordinary People (1980), and Altered States (1980), before coming to notice as cinematographer on the groundbreaking El Norte (1983). He worked steadily thereafter. He filmed My Wicked, Wicked Ways: The Legend of Errol Flynn (1985), the story of the actor his own father had photographed in four films. He partnered with director Alexander Payne on three films: Citizen Ruth (1996), Election (1999), and About Schmidt (2002). He won an Emmy Award in 2005 for an episode of Deadwood (2004), the Western series for which he was principal cinematographer for its entire run. He had widely varied interests. He served repeatedly as a judge in the Nicholl Fellowship in Screenwriting of the Academy of Motion Picture Arts & Sciences. He operated Malibu Water Resources, a water aeration program, and he farmed clams in the Pacific Northwest. He was extraordinarily beloved of his crews and casts for his eternal optimism and unstinting praise and encouragement. He died unexpectedly on October 19, 2006, from a blood clot resulting from surgery for prostate cancer.

I realize that being from a successful and extraordinarily talented family doesn’t automatically make Andrew a great dude, but at least we know Amber (as well as fans and bloggers) won’t have to deal with a mountain of made up BS, like with Matt Baier. Actually, I think a volcano of BS would be more accurate because he was constantly spewing more and more more and more… One thing’s for certain, if Andrew has a collection of autographed memorabilia, you can rest assured it is FOR REAL — unlike Matt’s guitar collection.

ANYWAYS, back to Amber and Andrew. (Can we start calling them Ambrew?) Amber recently defended herself against critics saying she was getting into a new relationship too quickly, and in the comments section of her Instagram photo of Andrew posted earlier today, she came to her own defense several times — including debunking those claiming the man in the photo looks like Matt. Here are all of the conversations involving Amber, including the original boudoir shot of Andrew with another photo of him and his retro hip whip (I assume?) tossed in: 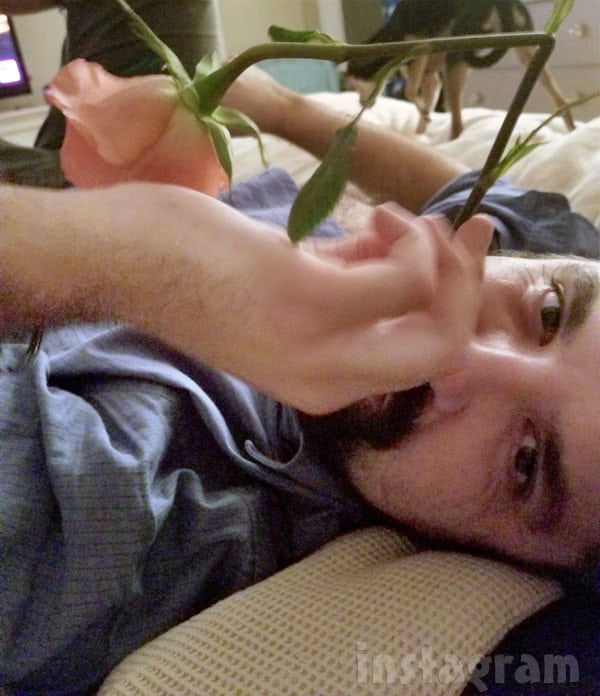 COMMENTER 1: That looks like Matt without glasses…these old fellows need to stop mooching off a young girl

AMBER: This guy looks nothing like Matt?? Some of you are really crazy….?

COMMENTER 2: No honey ? You don’t need a man take some time to work on yourself you deserve it! You gotta be careful who you let in…

AMBER: I know I don’t need a man?? I choose to be with him

COMMENTER 4: leave her alone she can do what she wants

COMMENTER 3: exactly ,she can do whatever she wants,,,,this is just my opinion,,,,, I still wish her well. As a single mom I believe she should focus more on her daughter, personal development, have fun and maybe travel or just enjoy life without drama. But like I said I wish her all the best. I’m not hating ,its just my opinion

AMBER: I do all those and more sweetheart..?

COMMENTER 4: Just because she’s got a new man doesn’t mean she isn’t focusing on Leah or herself, when she was with Matt she set up her one clothing website and her own make up range

COMMENTER 3: OMG ,I didn’t say she didnt focus on her daughter!!…. But last season we all saw,,yes,she opened her business and that’s great….. But was she happy???? All the drama this guy brought to her life!!! For nothing…….I hope that was a lesson learned and that opened her eyes,I see that she deserves much better… I hope this guy treats her well

COMMENTER 4: if you don’t like seeing her with a new man get off her page

COMMENTER 3: hahahaha nice reply,,,,how old are you 2? If you dont like my comments, dont reply? How about that? Hahaha gotta go have to work…..have a great day on Instagram!!!!

COMMENTER 4: Oh yeah cause if I was 2 I wouldn’t be on instagram you moron

AMBER: yeah umm this is a well educated and respected man…so that’s all you need to know 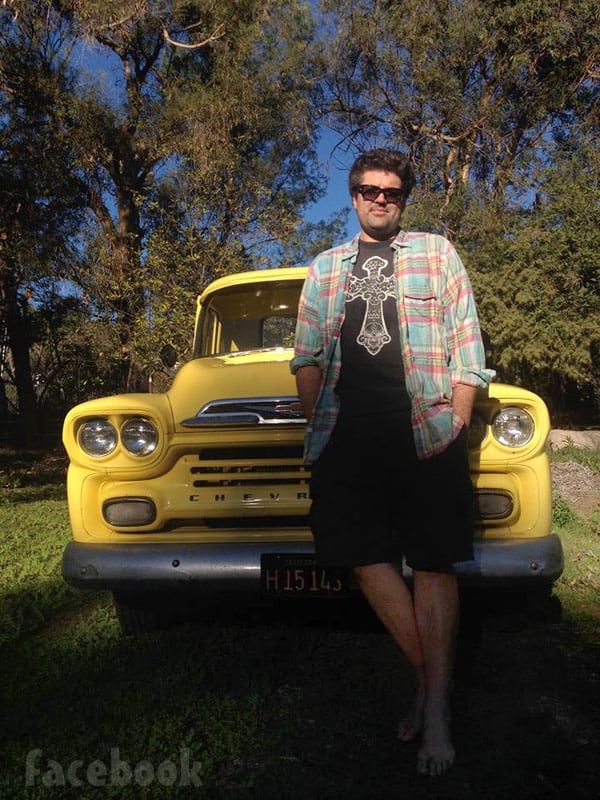 Congratulations to Amber! I have to confess it was hard to remain a fan of hers during the last year of her relationship with Matt. She was so dismissive and condescending to everyone trying to get her to open her eyes fully — even those who were doing it without being mean. (In Amber’s defense, I realize those positive voices warning Amber were easily drowned out by those who wanted to trash Matt while at the same time bullying Amber Portwood with hateful comments regarding her appearance, etc.)

Anyways, I am REALLY looking forward to seeing a season of Teen Mom OG in which I am not wincing and shaking my damn head every time Amber is on.

* NOTE – We “enhanced” the original photo of Andrew posted by Amber a bit so you could see him a little better. Here is the original for comparison: