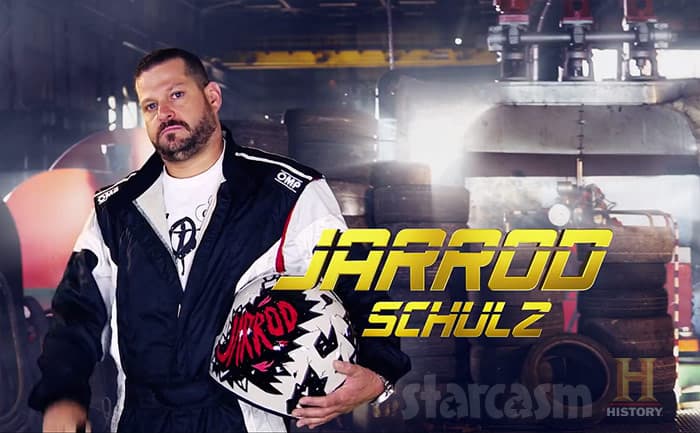 Storage Wars bidder Jarrod Schulz is expanding his reality show resume…in Asia?! That’s right, Jarrod ventured waaaaay over the pond where he will be competing in the second season of the reality competition Celebrity Car Wars!

The show pits six celebrity drivers against each other in a series of “weekly challenges that put their driving skills to the test.” It appears as though Jarrod is the only American import in the group, or at least the only one I recognize. The other cast members include Dominic Lau, Harith Iskander, Phoemela Baranda, Aerin Yuktadatta and Guy Ratchanont. (I checked out Jarrod’s competition, and they have some serious social media credibility! #BigInAsia)

Here’s the preview trailer for Season 2, which is subtitled “Clash of the Egos.” Keep an eye out for Jarrod reppin’ Outlaw Apparel as he boasts: “I need everybody in Asia to see that I’m a good driver also.”

“Yes, we invested more money in the branding of the show itself, with CCW race cars, race suits, helmets, flags, signage, coloring and the art department did a great job on the major challenge pieces like our fake brick wall,” McKay said.

So what is different in Season 2 versus Season 1? “Well first up, there are 6 new celebrities, which is a major thing about the format, it refreshes itself every season,” said McKay. “Then we really upped the ante on the challenge side of things, a kind of go big or go home style of approach.”

Here’s more on the new season from the History Asia website, along with the official promotional poster with the entire cast: 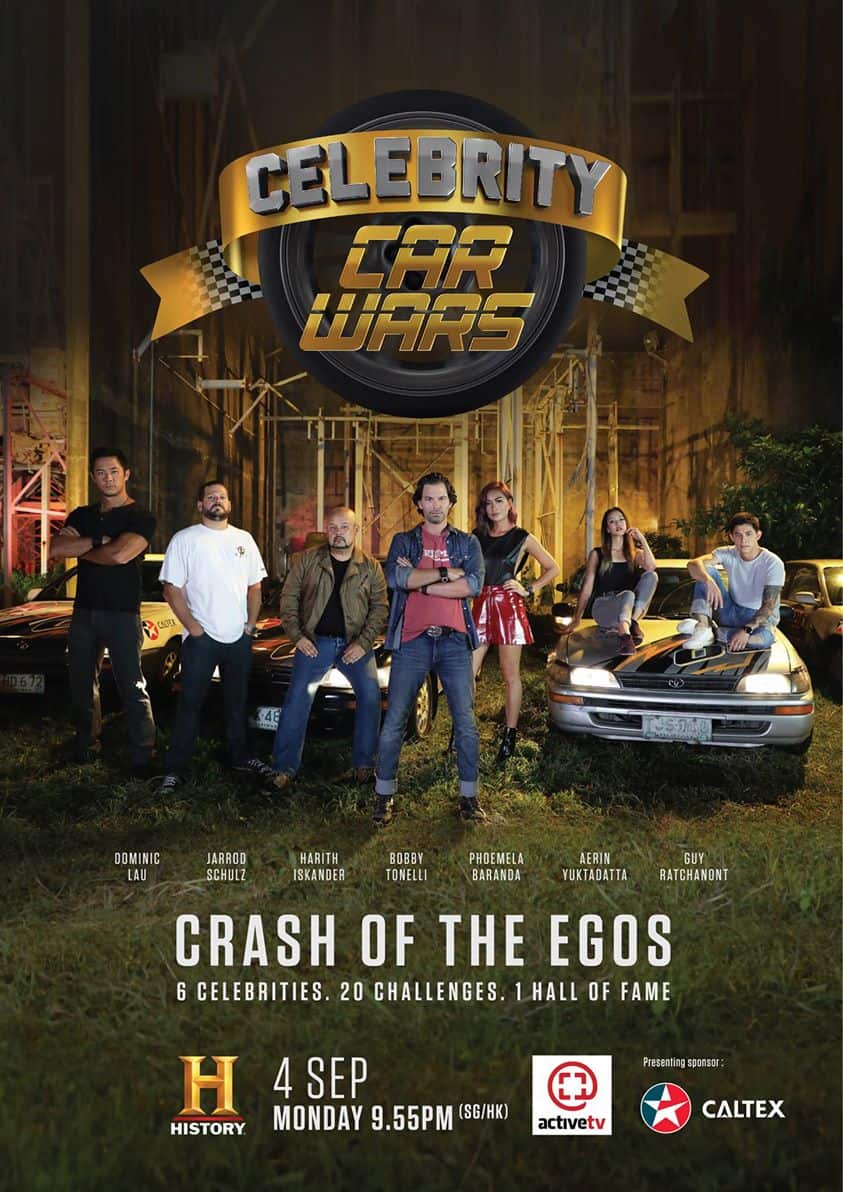 It’s back, bigger, better and more outlandish than ever. Celebrity Car Wars is a rollicking, hour-long action reality series that’s a mix of competition, fun, rivalries and adventure.

We’ve assembled 6 more of Asia’s most famous, socially connected, articulate and gorgeous celebrities. They may be hot but do they know their stick shift from their schtick shift.To help them along their 8 week road of automotive discovery we’ve added three motor racing experts to teach them the tricks of the trade (“you need to turn the engine on for the car to move”).

This season all your favourite challenges are back plus we’ve added a whole bunch of even crazier ones because…we can! The most fragile substance on planet earth is known to be the Celebrity Ego and it is sure to come under threat as our 6 new celebs undertake weekly challenges that put their driving skills to the test, under the bemused eye of host Bobby Tonelli. After each challenge the Celebs gain points towards the ultimate prize: entry into the Celebrity Car Wars Hall of Fame, a club so exclusive it has just one member – series one champion KC Moreno.Who will join him in the hallowed, or perhaps hollowed Hall of Fame? Start your engines because we’re about to find out who is top of the heap on an all new season of Celebrity Car Wars.

This sounds like a show they need to bring to the United States! They could even trim the season and do themes like just current and former Storage Wars cast members. Oh man, who wouldn’t want to watch Jarrod Schulz, Brandi Passante, Dave Hester, Darrell Sheets, Barry Weiss, etc. in a series of racing challenges?!

Actually, a US version of Celebrity Car Wars might not be far off. When asked about a potential expansion of the franchise outside of Asia, McKay said “Absolutely. It was created from the ground up with that in mind.”

Celebrity Car Wars Season 2 premieres September 4 in the Philippines. I have no Earthly idea how Americans can watch it. I would suggest keeping an eye on Jarrod’s social media accounts for a link or announcement.

Storage Wars Season 5 starts filming: Who’s in and who’s out?