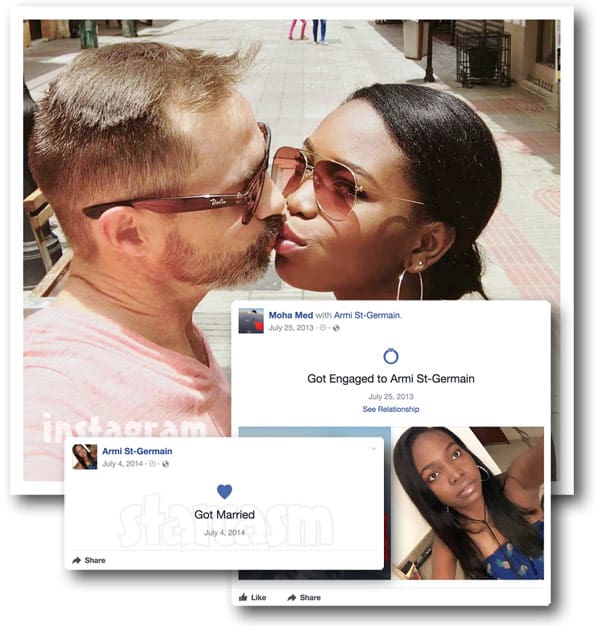 On the premiere season of 90 Day Fiance: Before the 90 Days, we have seen 47-year-old Sean Hiler express some serious concerns about his 20-year-old Haitian girlfriend’s ex Chris, who is also a much older man. But perhaps Sean shouldn’t be worried about her ex-boyfriend and should be looking into her ex-husband!?

According to Abby’s Facebook page, she got married on July 4, 2014:

The marriage announcement was preceded on her timeline by an engagement announcement almost exactly a year before on July 25, 2013. It says she was engaged to a man named Moha Med, who looks to be from Morocco: 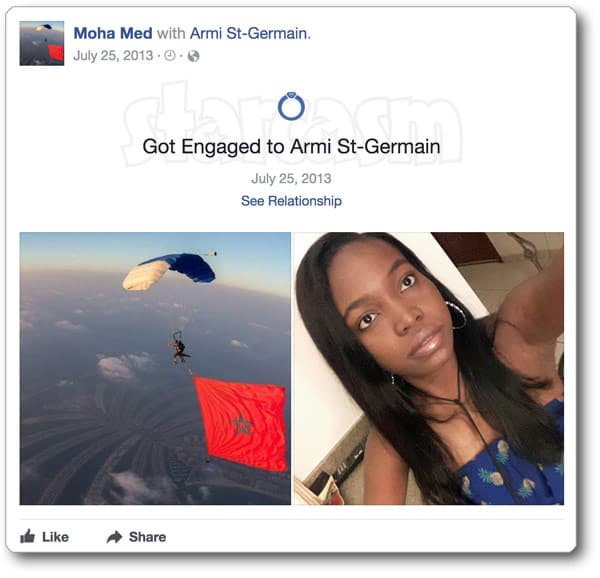 The relationship statuses have caused a bit of a stir in the 90 Day Fianceverse after being shared on Twitter by @90DayFianceFan. I tried doing some digging, but I couldn’t find anything that suggests the postings were anything more than a 17-year-old having fun with Facebook. Seemingly giving credence to this line of thinking is the fact that Abby also posted an engagement announcement on Facebook in February of 2012, when she would have been only 15: 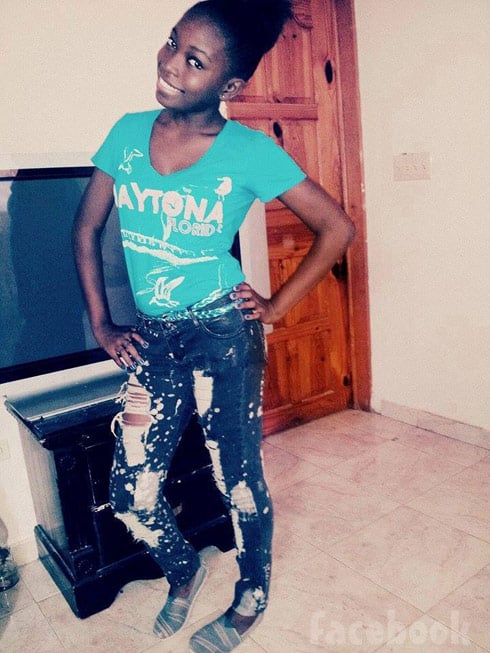 THOSE JEANS! THAT SHIRT! Abby’s Floridenim look is on fleek! (To use an era-appropriate term.) 😉

I’m not completely ruling out the possibility Abby has been married before Sean, but I find it highly unlikely. Unfortunately, my years of internet sleuthing skills don’t amount to much when attempting to research records in Haiti or Morocco. 🙂

UPDATE – Abby has responded to this story on Instagram:

Hmmm… This post is starting to get an Inception vibe, no?

Meanwhile, if you’re wondering if Sean and Abby are still together, it appears that the answer is still “yes.” We posted an update a couple weeks ago indicating Sean and Abby (can I just call them “Shabby?”) were still going strong, and nothing has changed. We do have one update to share though — a photo of Abby rocking her engagement ring! 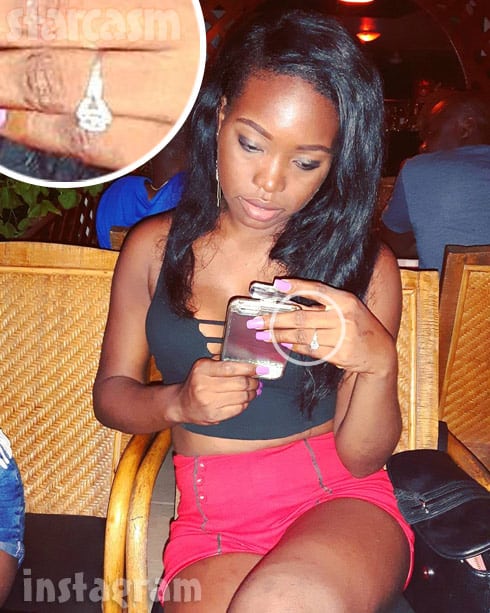 If you haven’t tuned in to 90 Day Fiance: Before the 90 Days, YOU ARE MISSING OUT! So far they have three couples with AMAZING story lines sure to get you hooked right away — with three more coming soon! Before the 90 Days airs Sunday nights at 9/8c on TLC.