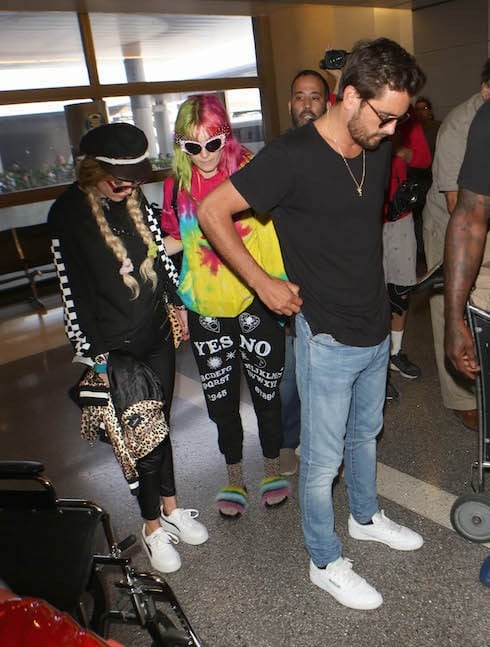 Indeed, Bella and Scott have been the most visible of the three, thanks to their frequent bouts of groping…

Scott Disick and Bella Thorne Lounge by the Pool in Cannes (PHOTOS) https://t.co/Gcqciq23Kr

…but Dani has also winked at the raised eyebrows the trio is leaving in its wake:

It appears that Scott’s overarching motivation for his ongoing World Sex Tour 2017 is getting estranged partner Kourtney Kardashian’s attention and making her either jealous, uncomfortable, or both. Scott himself was reportedly both after finding out about Kourtney’s secret relationship with boxer-turned-model Younes Bendjima, 24, whose abs truly are a sight to see.

However, in fairness to Scott (and yes it does feel strange to say that), he was also linked to Kylie for a hot minute during one of her brief breakups with Tyga last year–so it’s not as if the thought of dating someone a) 15 years younger or b) friendly with Kylie would be a problem for him.