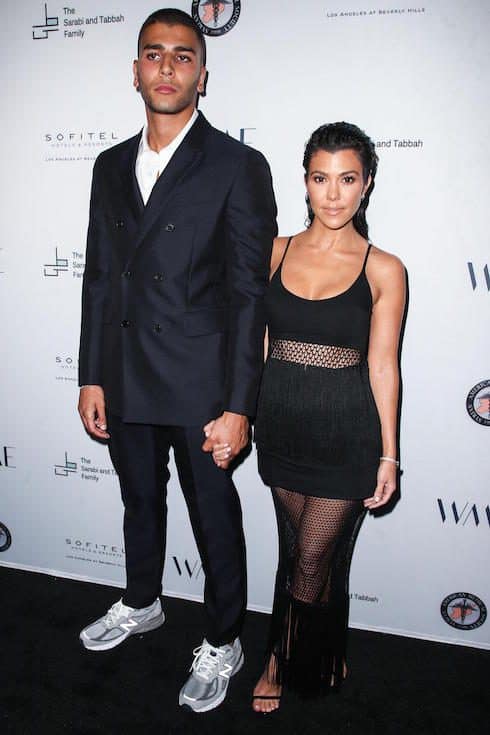 Kourtney Kardashian and Younes Bendjima were a couple for nearly two years. Kourtney kept things on the DL with her first serious post-Disick rebound for several months, often meeting in the same Beverly Hills Hotel suite where she used to share a toothbrush with Justin Bieber, before she and Younes went public in May of 2017.

But this week, seemingly without warning, Kourtney ended the relationship. So why did Kourtney and Younes split? Earlier this summer, we heard word that the two were “cooling off” — and those rumors came weeks before Younes left what would prove to be a too-controversial comment on Kourtney’s Instagram page:

#Kourtney your mans has questions sis ? #KourtneyKardashian #YounesBendjima–Y'all think he was just playing or nah? The comment has since been deleted ?

Younes later apologized and tried to backtrack — though, as dlisted pointed out, Younes had apparently had a problem with Kourtney flaunting her wares for some time.

So it came as something of a surprise (or maybe not a surprise at all) when the first post-breakup report, via TMZ, featured Younes gallivanting about a Mexican beach with his own rebound. The woman, Jordan Ozuna, is a former Hooters waitress better known for dating Justin Bieber (like Kourtney) and Tyga (like one other member of the Kardashian family). And it definitely shouldn’t come as a surprise to learn that Jordan’s Instagram page positively runneth over with pics just like the one for which Younes criticized Kourtney above.

Here’s a pair of high-quality Jordan Ozuna bikini pics to give you some idea: 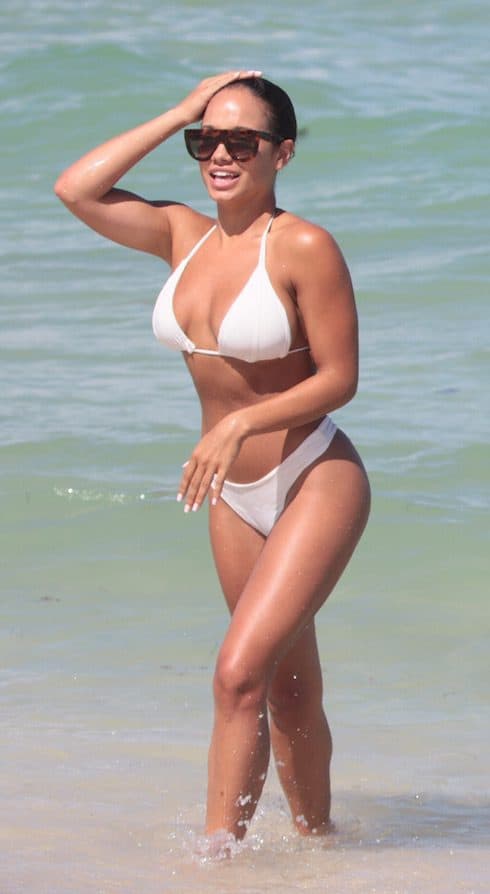 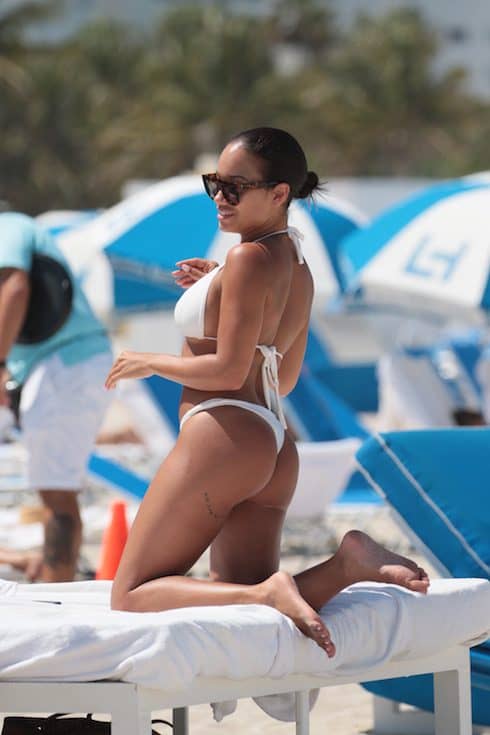 Following the TMZ report, Kourtney’s people got right to work. Her reps planted a story in People reminding everyone (fairly) that “Younes was always supposed to be a rebound” and that the two had been “having problems” ever since returning from a European vacation earlier this year. Their take also suggests that the Kourtney and Younes split came *after* the pics of Younes and Jordan surfaced, rather than before.

Finally, Kourtney’s reps reinforced the general consensus that Younes’ outdated attitude toward social media pics is behind the breakup. “[Younes] never liked that she posted sexy pictures of herself on social media,” said their insider. “He doesn’t want his girlfriend to do that. He gets that it’s her job, but wants her to post more covered-up pictures. He has always had a problem with this. This is the stuff they argue about and what made them split in the past.”

In sum, Kourtney is now this much closer to shrugging her way into marriage with Scott Disick after all.

(Photo credits: Why did Kourtney and Younes split via SplashNews.com)