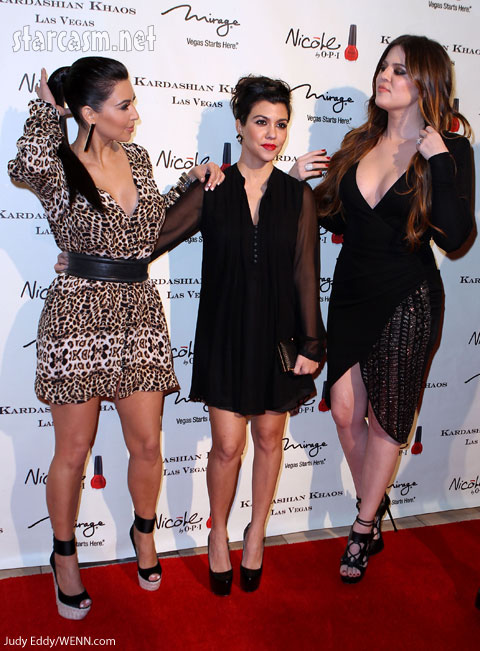 The Kardashians overshare. It’s what they get paid to do (besides looking perfect all the time,) but they’ve been talking about their eggs so much on their show lately I feel like I don’t want to go near a woman’s magazine for about five years. Also, I’m wondering if I should freeze my eggs.

Here’s everything you don’t need to know about Kourntey, Khloe, and Kim’s ovulation:

1. Kourtney gave birth to her second baby with Scot Disick, little Penelope Scotland, on tonight’s episode. Kourtney’s an incredibly calm lady when she’s in labor, and has made a habit of pulling out her babies herself. It actually kind of sounds like a natural thing to do, and she’s told the press that her obstetrician has really come to like this method.

2. Kim considered getting her eggs frozen because she’s 31 and has no plans to get pregnant right away. She found out her hormone levels are low, which is normal when you’re on The Pill, and if she wanted her eggs frozen she would have to get off The Pill and get hormone treatments, which is pretty scary. Mama Kris told her to get off birth control anyway so her body could find it’s natural rhythm. Kim didn’t know what Kanye would think about that plan, but Kris pointed out that he already knows a lot about “rhythm.” In the end Kris was the one who gave Kim her first hormone injection.

3. Khloe has been steadfastly trying to get pregnant with her husband Lamar for some time with no luck. All of America has been pulling for them, but it hasn’t helped because she’s simply not ovulating. Khloe was frustrated about what was going on with her body, and had to start a therapy program that involved drugs, injections, and a cervical catheter, which does NOT sound fun. She seems a little fed up with the whole thing on the show, despite her husband sisters’ optimism about the process.

Does Scott Disick have a job? What does he do?