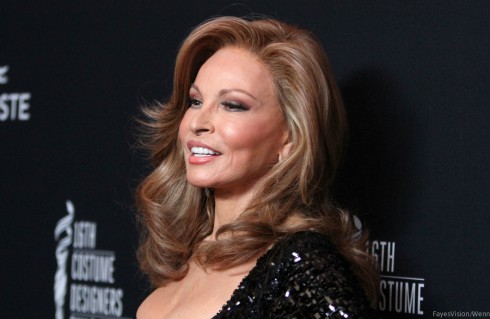 Did Raquel Welch find the fountain of youth? Because the 73-year-old stunner sure is age defying.

Raquel showed up at the Costume Designers Guild Awards in Beverly Hills on Saturday night in a form-fitting black dress. She accessorized with peep-toe heels, diamond jewelry and a wig from her Hair U Wear line. In her personal note on the collection website, the former Playboy star said “everything is right with the world” when her hair looks good — which means everything was right in the world last weekend! 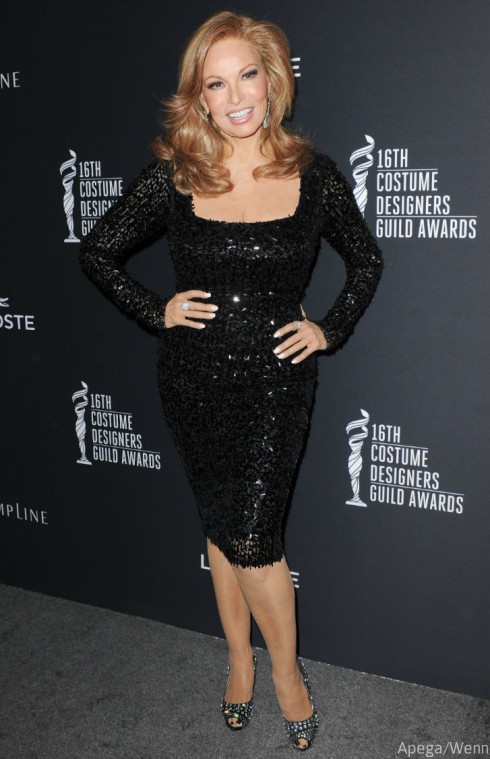 Raquel became a household name at the age of 26 when she appeared in 1966’s One Million Years B.C. wearing a deer-skin two piece. (Time later named it one of the Top 10 Bikinis in Pop Culture.) She only had three lines in the film, but it launched her to superstardom.

“With the release of that famous movie poster, in one fell swoop, everything in my life changed and everything about the real me was swept away. All else would be eclipsed by this bigger-than-life sex symbol,” she previously said. 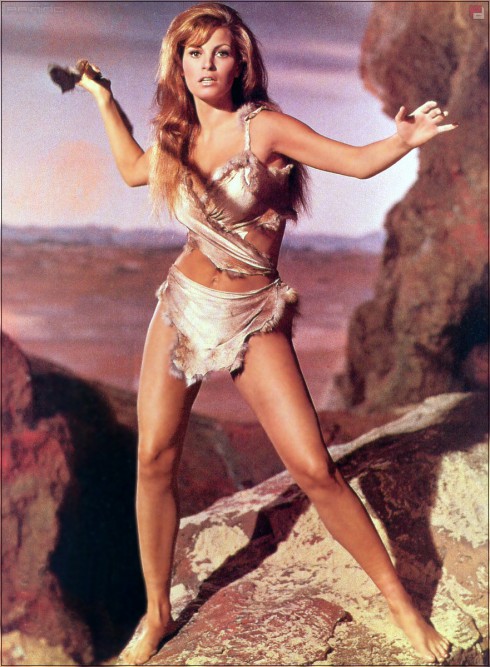 She later appeared alongside Frank Sinatra, Dean Martin and James Stewart. She earned a Golden Globe Award in 1974 for her role in The Three Musketeers. Her acting roles decreased by the early 1980s, but she has appeared in a number of fairly recent films, including Legally Blonde.