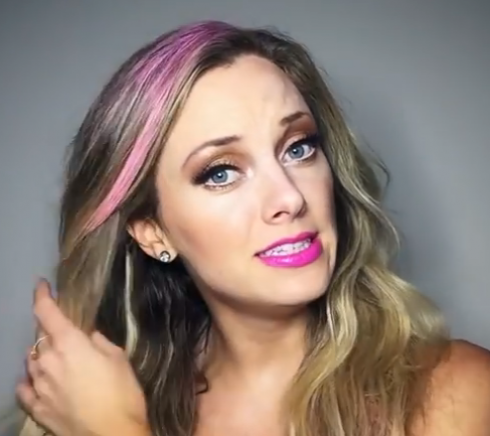 Nicole Arbour, the former YouTube star whose video “Dear Fat People” has sparked a massive online backlash in just one week, has been fired from the major motion picture on which she had been working.

Arbour was beginning production as the choreographer on an anti-bullying film entitled Don’t Talk To Irene. Then, director Pat Mills saw the “Dear Fat People” video. In the director’s own words, the video “made me never want to see [Arbour] again.”

“I was supposed to get together with her this week,” Mills continued, “for what she called a ‘chore party’ to watch my favorite dance scenes and talk ideas.

“[But] ‘Dear Fat People’ is an unfunny and cruel fat-shaming video that [dis]guises itself about being about ‘health,’ ” Mills told People. “It’s fat-phobic and awful. It went on for over six minutes. I felt like I had been punched in the gut. I’m gay. I was bullied a lot as a kid,” Mills added. “I am no stranger to ridicule and loneliness.”

In the “Dear Fat People” video, Arbour gets right to her point, opening with a semen joke and leading into the phrase “Dear fat people.”

Things only get more tasteful from there. Here’s the complete “Dear Fat People” video:

“Fat shaming is not a thing,” claims Arbour. “Fat people made that up. It’s like the race card, with no race.”

The video has over 3.5 million views, far more than any other Nicole Arbour YouTube video. However, YouTube has disabled comments for the clip.

Arbour has yet to release an official statement regarding the “Dear Fat People” controversy. This afternoon, though she did update her Instagram feed with the following image and caption:

Is Josh Duggar getting an image rehab ahead of a return to TV?