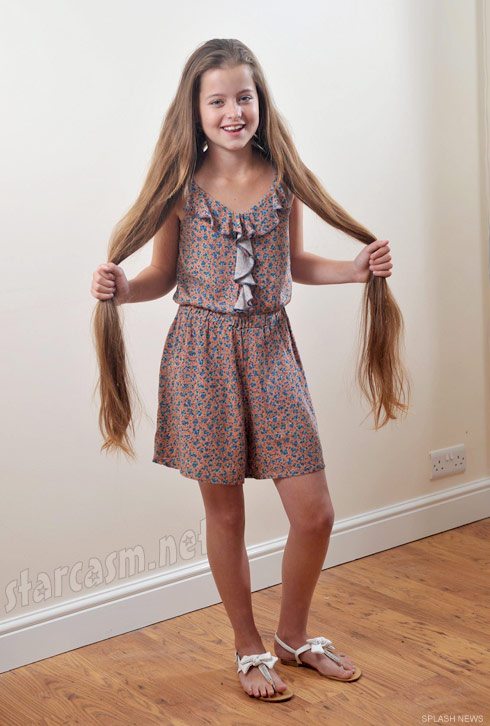 Rapunzel, Rapunzel, cut off your hair,
so that folks won’t stop and stare.

Such is the mantra for 11-year-old Aimee Chase of Portchester, England whose impressive locks measure 3ft 6in long – long enough to reach the knees on her 4ft 11in frame. But, soon her impressive tresses will be at least two foot shorter after being introduced to a pair of scissors for the first time on Sunday.

“I’m going up to senior school and I want to do different things with my hair,” she said. “It’s going to feel weird because I have had long hair for so long and now it’s going to be cut short.”

Aimee’s mother Amanda, 43, said: “People often notice the length of Aimee’s hair. We’ll be walking along the street and we will get comments. At the moment her hair is quite unmanageable, especially when she goes swimming.” 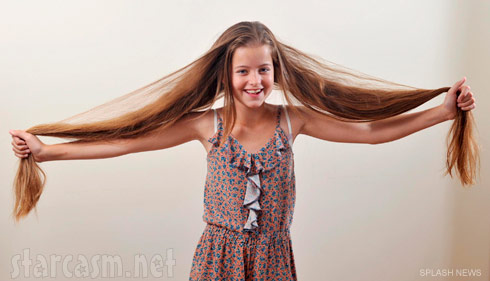 Aimee isn’t going to let all that hard work as a hair farmer be for naught, though. She plans on donating her tresses to the Little Princess Trust, who provide wigs and hair pieces for children with cancer who have lost theirs due to treatment. Also, Aimee’s family is making an event out of the cutting and plans on donating any money raised to the Macmillan Cancer Care as well as Leukaemia and Lymphoma research.

“But with so much hair, I don’t want it to go to waste. I’m quite proud of giving it to somebody else who could use it.”

I can’t think of a more appropriate time for one of our patented loooooooooooooooong last look photos! So, here you go:

As the sports world prepares for gay male athletes, it overlooks Brittney Griner’s coming out