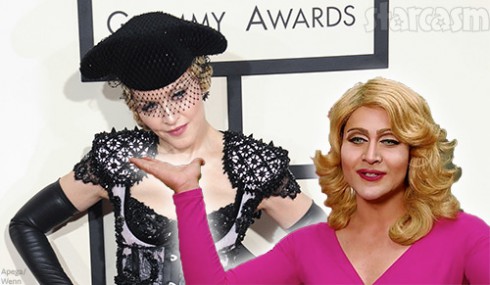 Why look like yourself when you can (try to) look like a celebrity — and get 15 minutes of fame in the process? Sorry if I’m being cynical, but that seems to be the train of thought for aspiring lookalikes Jordan James Parke, Toby Sheldon and, now, Adam Guerra.

The final appeared on a recent episode of My Strange Addiction, where he explained he’s spent approximately $175,000 in an effort to look like Madonna. 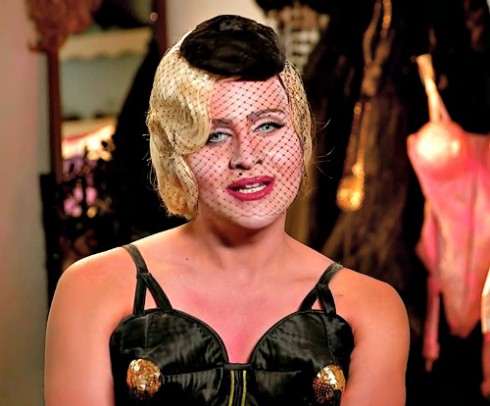 “I really challenge myself to look just like her,” Adam said. “I have had over 18 surgeries… I’ve had my cheeks done, by jaw done, my chin done, I’ve had Botox. I mean, half of my face is fake. Ta-da!”

The Hollywood resident explained he’s paid $75,000 for the procedures and an additional $100,000 on recreations of Madonna’s various outfits. Because so much of his “transformation” is with clothes, wigs and makeup, Adam still manages to look pretty natural… 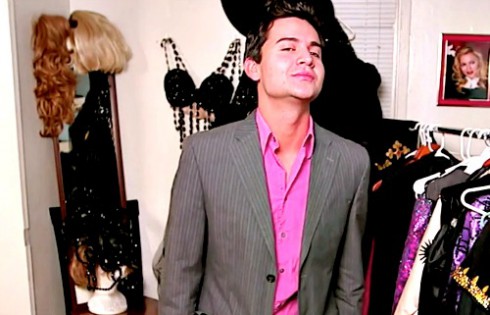 Although he said the “addiction” makes him happy, it causes problems with his boyfriend and mom — to a greater extent than when he just dressed in standard drag. (He actually appeared on the third season of RuPaul’s Drag Race as Venus D-Lite, but was eliminated in the second episode for having a poorly executed outfit.)

“I understand your point that you’re saying how she empowered you and that you gained from that,” mom Annette said. “I don’t want you to think you’re Madonna and drive, live, be Madonna. I want you to be Adam.”

Adam’s boyfriend, Michael, also said the obsession with Madonna is “going to mess everything up” in their relationship. He explained he’s concerned with all of the medical procedures and fears Adam will “fall into a coma and never wake up.” And, besides, Michael said, “I want to date a boy. I don’t want to date a 56-year-old woman.”

Although Adam seemed to brush off his mom and boyfriend’s criticism, it all caught up to him during a melodramatic at the end of the video… But he seems to have recommitted to his goal since then, as he appeared on The U.K.’s This Morning yesterday in full Madonna dress.

“It’s been a labor of love,” he explained this week. “I bring so much joy to people and I love seeing the smile on their face. People literally feel like they’re watching Madonna.”

Before and after photos: Toby Sheldon’s $100k worth of plastic surgeries to look like Justin Bieber