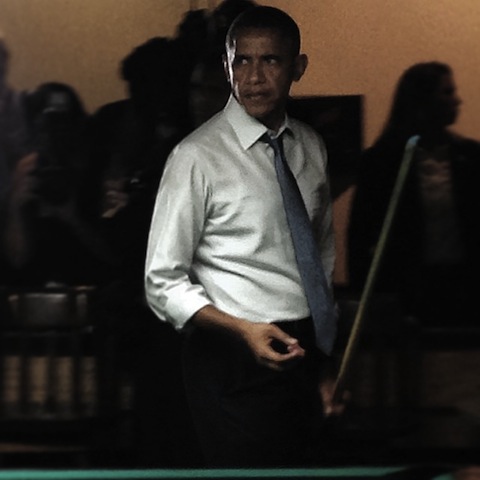 President Obama holding a pool cue, and chalk. Note that the chalk is not a lit blunt. It is chalk, for chalking a pool cue.

President Obama was twice offered tokes of marijuana cigarettes–referred to as “joints”–while in Colorado for a fundraiser. Both times, the Commander-in-Chief turned the offers down.

The first offer came on a sign in a crowd the President’s motorcade passed. The sign read: “Free weed 4 Obama.” The motorcade did not stop.

The second, more direct offer came in a Denver bar while the President played pool. Instagram user Manton89 offered Obama a spliff; the President laughed, and neither accepted nor declined.

The President’s Colorado stop had its share of non-marijuana-related shenanigans, as well. Earlier the same day, Obama shook hands with a man in a horse mask. 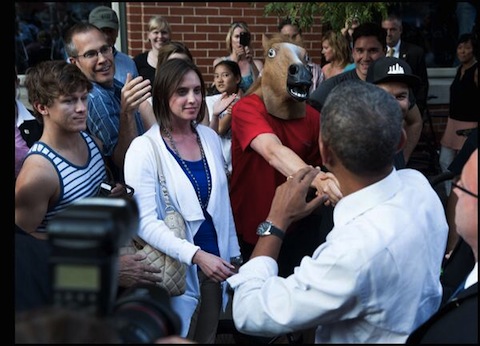 Perhaps the strangest fact is that at no point during the visit was the President in Boulder.