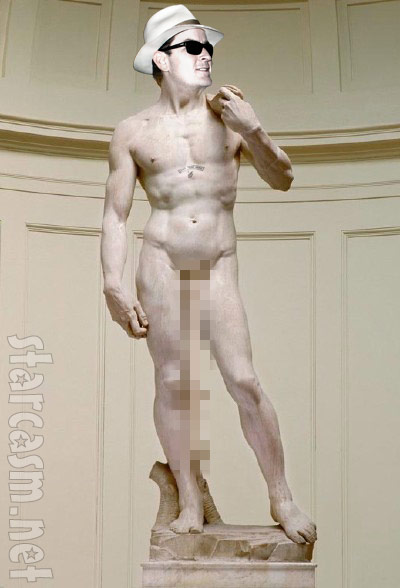 Charlie Sheen told us he has magic and poetry in his fingertips (even when he naps) and now there’s proof! In addition to being an F-18, a tiger, a Vatican assassin and a drug (Methamphetasheen?) Gnarly Charlie is also a world class sculptor.

Two and a Half Vinci took time between Tweeting, working out, not sleeping and negotiating custody for his children to create the above masterpiece simply titled “Adonis.”