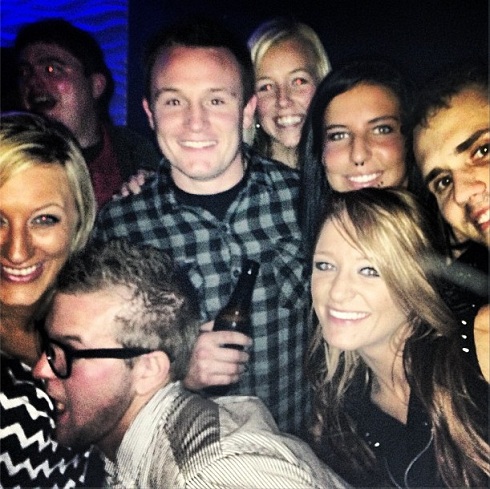 Maci Bookout has been enjoying the single life for months. And now, her ex-boyfriend (and Bentley’s dad), Ryan Edwards, has recently rejoined the dating scene as well. So when the two were spotted out together together this weekend, tongues began wagging with rumors of a reconciliation. Could this Teen Mom couple really be getting back together after all they’ve been through?

On Saturday, December 15, the two arranged to hang out together, along with a few other friends, and a photo of the two of them together (above – that’s Ryan cut off on the right) surfaced later that night. It’s the first time in a while that these two have hung out as friends (or maybe more?).

As viewers of the show know, they typically don’t get along, although things seemed to have improved greatly in the co-parenting area over the last year or so. Adding fuel to the reconciliation rumor flames is a recent tweet by Maci that read, “Its insane the emotions and feelings that have resurfaced these last few days…I think I’ve finally learned to feel something, anything.” 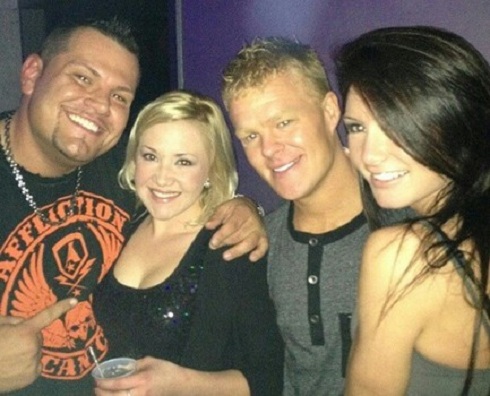 Where did all that hostility go? Apparently it went out the window with each of their relationships. Now that Maci and Kyle King are done, and Ryan recently split with Dalis Connell, their tensions seem to have subsided.

Speaking of the exes, Kyle King and Dalis Connell were seen together over the weekend as well! Dalis shared a picture with the tweet, “Wonder how much s**t we will get for this! hahaha don’t currrr @joey_maracle @kyleking100.” Although Dalis has been quiet about what caused her split from Ryan, she is quoted by All the Teen Moms seemingly suggesting there is big-time story there. “Ohhh man I wish I could say the real reason Ryan & I broke up,” Dalis says. “Everyone, even his friends would be in shock 😉 but I will continue to be the mature one in this situation while he tries to make me look like an idiot. 😉 never been so happy & relieved in my life.”