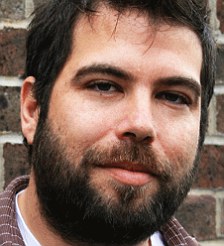 Our girl Adele’s got a new man! He’s furry, his nickname is Swampy, and he’s an investment-banker-turned-charity-CEO.

Simon (36) runs the water charity Drop4Drop out of Brighton, and the organization has projects running all over the world to help provide safe and clean water to those in need of it. Awww, so he’s tries to make the world a better place! He has a five-year-old daughter with ex-wife stylist Clary Fisher. British tabloids claimed he was still married to Clary, but Adele stated on her blog that he’s been divorced for four years.

UPDATE: In 2012 Adele gave birth to her first child with Simon, named Angelo, and there were rampant rumors that the two of them secretly married.

But how did he get nicknamed “Swampy”?

Simon explained his Kermit Approved nickname to the Sun UK:

“When I was in the City they used to call me Swampy, after that kid who tunneled under Manchester Airport runway, [Also] probably due to my long hair and Leftie views.”

Swampy also gets extra points for telling a shopkeeper’s magazine The Grocer (yeah, I don’t know either) that the celebrity he’d most like to hire would be “Snoop Dogg – to answer the phones with his dulcet tones.”

Click here to see a pic of Adele with her new man, (bonus is her awesome WTF Paparazzi? face.)

Adele’s first two records (19 & 21) were born out of the trauma of heartbreak, but hopefully this new love with last (even though that might not be good for her music output, but you never know.) She’s not alone in being inspired by the pain of love loss, it’s the theme behind most of the greatest music in the world. But great music can also be created during times of happiness. Hopefully this will the be case for Adele!

The two lovebirds were seen enjoying the start of 2012 this week on a Miami vacation. Yesterday she tweeted a cute photo of her feeding a white baby tiger, presumably still in Miami with her man: 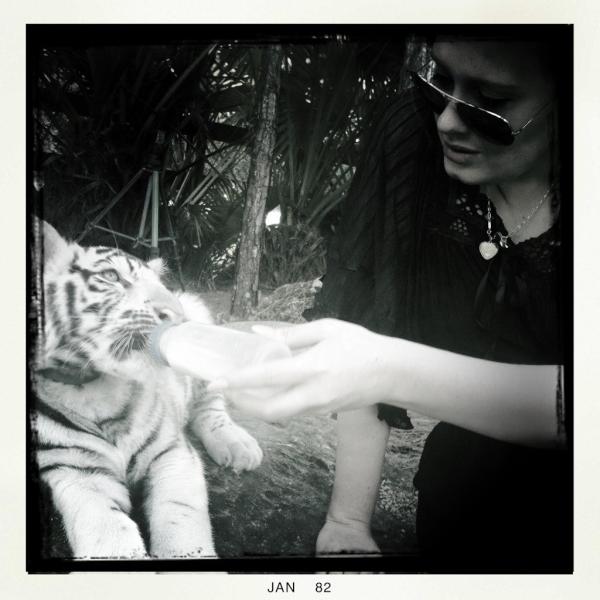 Adele recently had throat surgery, and is reportedly back in the studio recording new music!