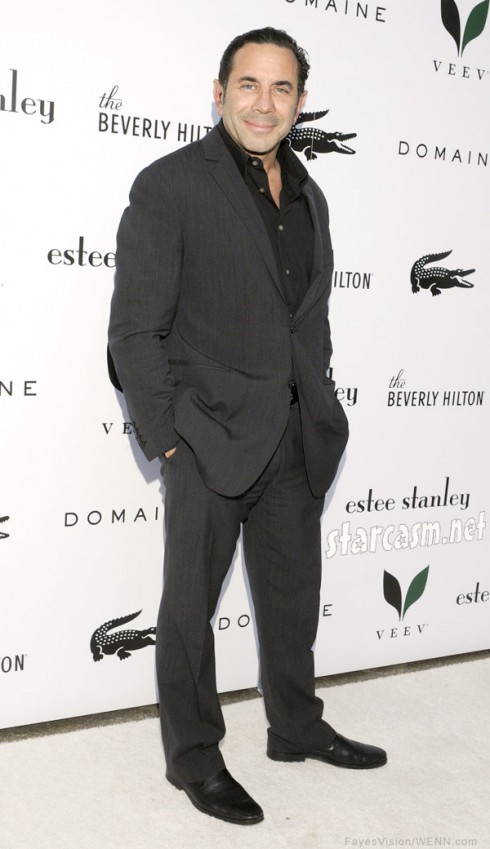 The Real Housewives of Beverly Hills‘ Adrienne Maloof and husband Dr. Paul Nassif split nearly one year ago, but Paul hasn’t been sitting around feeling sad. Instead, he’s put his focus on fitness and it’s really paying off! Last night, he debuted a much slimmer new look on the red carpet.

“I’ve lost about 19 pounds and I do two things,” Paul told In Touch Weekly during the Aqua Star Pool redesign unveiling event held at The Beverly Hilton Hotel. “One: calorie counting— calorie in and calorie out, that’s number one. Two, working out six days a week. I got into running and ran 10.15 miles last week.”

Paul may have lost a lot of weight already, but that doesn’t mean he’s going to be slowing down any time soon. In fact, he’s heading to a marathon in just a couple of months. “I’m gonna run a half marathon in Napa in July,” Paul reveals. “Plus all these boot camps and lifting and all that stuff.”

While there have been rumors that Paul is dating 27-year-old former Miss Nevada USA Helen Marie Salas, he claims he’s completely single at the moment, telling the mag, “Right now I’m not dating at all.”

Paul is wearing a good amount of clothing in the photo above (C’mon Paul! You’ve lost 19 pounds and it’s a pool party! Take it off!) so it’s a little hard to see the difference. Here are side-by-side before-and-after weight loss photos of Paul with a picture taken with his then wife Adrienne Maloof in October of 2011: 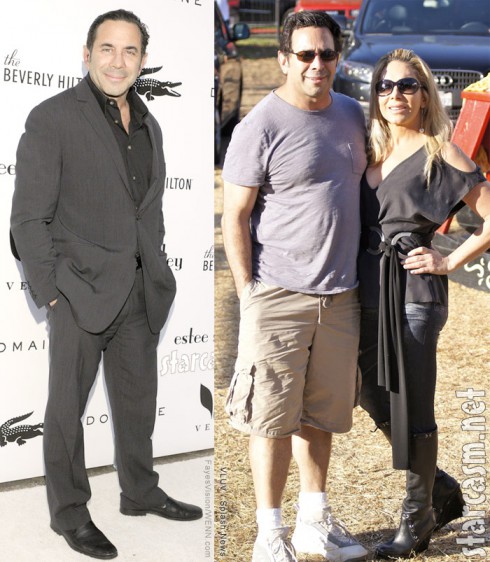 (Want to see the full Monty on Paul? Check out our previous post in which he does go topless and frolicks about on the beach with Adrinne in happier times.)

Sadly, Paul is still dealing with custody issues stemming from his divorce, but he hopes to spend Father’s Day with his three children, Gavin, 9, and twins Christian and Colin, 7. “Hopefully my kids will all come out to brunch with me but I don’t know,” he says.

Meanwhile, Paul’s ex Adrienne continues to date Sean Stewart, who is 19 years her junior. Back in March, it was rumored that they had called it quits but last weekend, they were spotted at Beverly Hills hotspot Mr. Chow.

Although we don’t know if Adrienne has lost any weight, she has lost one thing: the Sacramento Kings NBA franchise! After running into some hangups with a previous offer that included relocating the team to Seattle, The Maloof family finally sold the franchise for a whopping $535 million, which is an NBA record. Silicon Valley tech entrepreneur Vivek Ranadive, the Jacobs family (who founded Qualcomm), and India-born swimwear mogul Raj Bhathal led the Sacramento investment group who purchased the team.

But don’t let the numbers fool you! You must remember that although the Maloof’s owned controlling interest in the Kings, that only amounted to 65%. Plus, they apparently had debts associated with the team that lessened their take as well. From The Sacramento Bee:

If a deal is approved, Ranadive’s group would buy the 65 percent share of the Kings controlled by the Maloofs and Hernreich. After absorbing debt associated with the franchise – including the repayment of a $64 million loan the team owes the city of Sacramento – Ranadive would pay roughly $200 million for the Maloof stake.

Even if the amount is “just” $200 million for the Maloof stake, I think Adrienne can still safely declare NeNe Leakes’ infamous proclamation, “I’m rich bitch!”

Want to know more about the Maloof family and how they built their empire? Check out this post that should help put it all in context for you.