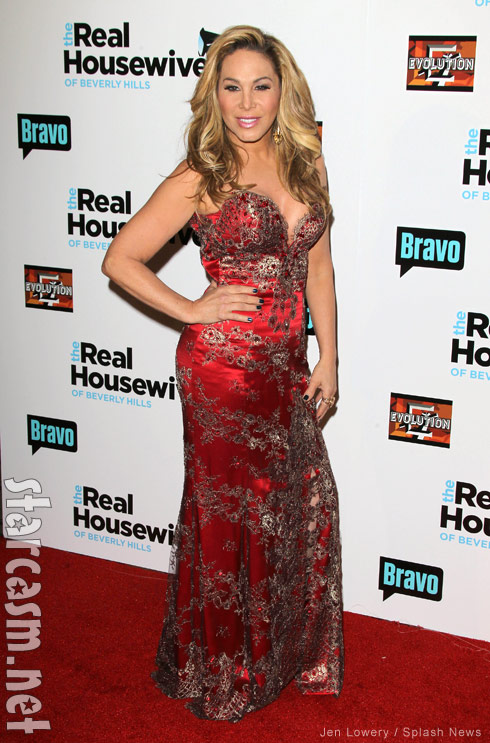 Adrienne Maloof has been on Real Housewives of Beverly Hills for three seasons now but that may be enough for this divorced mama. According to reports, Adrienne is ready to say goodbye to reality TV. In fact both she and Taylor Armstrong, who is also rumored to be leaving, may already be replaced!

Sources close to TMZ claim that Adrienne has been talking to the network for months about her desire to leave the show, claiming that it has “ruined” her family and personal life. The sources also claim, “Adrienne’s departure has nothing to do with finances (she’s worth millions), catfights with other cast members, or her recent divorce.” She and Paul’s relationship had completely unraveled during season 3 and at the end of July just as filming was wrapping up, Paul filed documents to end her marriage.

Recently, rumors have surfaced that Adrienne and Taylor will both be leaving the show — but for different reasons. Adrienne may want to leave, but Taylor does not and some reports have even noted that she hasn’t yet been told of the possibility that she’ll get the boot. Penny Lancaster and Dayna Devon are their rumored replacements, although nothing has yet been confirmed. Yolanda Foster is also questionable for a season 4 return because of her Lyme disease.

Real Housewives of Beverly Hills season 4 is set to begin filming in April but producers typically like for contracts to be signed at least 3 weeks in advance.

If Adrienne doesn’t return to the show, the dynamic will definitely shift. Right now, the majority of the drama on the show is over Brandi’s surrogate claims regarding Adrienne’s children, so without that, the ladies will have to find something new to fight about.