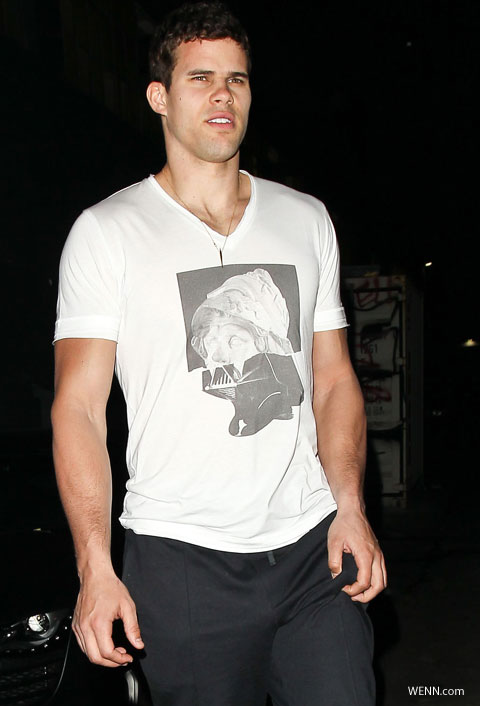 Kris Humphries failed to attend a mandatory hearing today for his lawsuit alleging his 72-day marriage to Kim Kardashian was a fraud.

Humphries’ lawyers were present, but Kris is saying he had a problem with his flight, and couldn’t get there in time from New York.

The media was banned from the hearing, but E! has an insider saying that no settlement had been reached before today’s hearing, which was a mandatory settlement conference where a judge tries to get the parties to reach compromise without having to go to trial.

Kim has released her list of witnesses if the case goes to trial May 6, which includes Kris Humphries, her mom Kris Jenner, and show producer Farnaz Farjam. Kris Jenner is prepared to provide “communications with the parties regarding their relationship” to prove Humphries was not defrauded, producer Farjam is set to testify that there was no “conspiracy to defraud” the basketball player, and they believe Humphries himself will provide testimony that will help their argument and hurt his.

Obviously elements of the Kardashian reality show empire are fake, including recreated scenes, but this seems like a difficult case to prove. Court documents have shown that Kris was asked to recreate his proposal to Kim after she had a bad reaction to the first proposal, which was actually a surprise for the reality star. This kind of thing happens often in reality TV, but it doesn’t take away from the fact that the proposal actually happened, and they actually got married. Kris was aware of all the machinations of the show, and still went through with his very public wedding to Kim Kardashian, but if she really was completely disingenuous about her intentions with Humphries from start to finish, that’s definitely a blow, but probably a very difficult to prove in court.