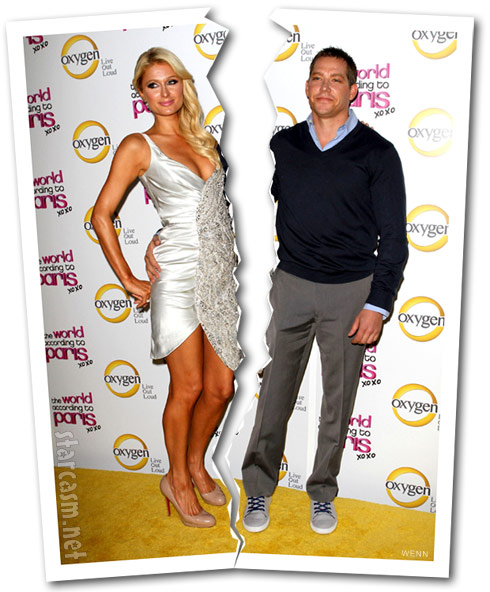 Things don’t seem to be going too well for celebutante extraordinaire Paris Hilton. Her Oxygen reality series The World According to Paris debuted to bad reviews and paltry numbers, and now US Weekly is reporting she and her boyfriend of a year and a half Cy Waits have called it quits – because he didn’t like being on the reality show! Ouch.

They are broken up. It’s sad, she cares about him a lot and thinks he’s a great guy but they really hit a rough patch. Cy found it difficult to live his life with her in the spotlight and that’s what caused their split, no drama, it’s amicable, but things didn’t work out.

Another insider reveals that it was her reality series specifically that pushed Cy over the edge:

Cy is very upset with the series. He felt that way too much of their private life was shown. When he signed on to do the show, he had no idea the cameras would be so invasive.

Of course, being attacked by a stalker while walking to court for a case involving another stalker couldn’t have helped:

To be honest I’m kind of bummed out by the break up. I’m sort of like David Letterman in my inexplicable attraction to Paris, especially since she seems to have straightened up the last few years. And Cy seemed like the ideal man for her – the strong, silent and handsome dude that wasn’t obsessed with the spotlight – sort of a mix between Mark Wahlberg and Jean-Claude Van Damme. 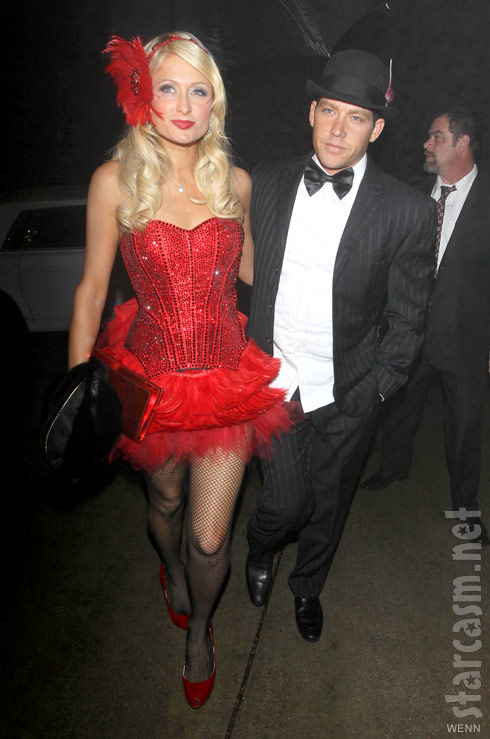 And it seems things are only getting worse for Paris Hilton as The National Enquirer‘s Mike Walker reports that she has reached out to former friends Nicole Richie and Kim Kardashian among others to make guest appearances on The World According To Paris and they have turned her down.

“Nicole, her former BFF and ‘The Simple Life’ co-star, told Paris she’s a wife and mother now – and just doesn’t have time for her,” revealed an insider. “Nicole doesn’t feel beholden to Paris anymore. And even though Kim had mended fences with her one-time enemy, she didn’t want anything to do with a Paris show – saying it would ‘dilute her brand.’ That’s Kim-speak for not wanting to prop up a competitor.”

(Top photo before alteration: Paris Hilton and Cy Waits at ‘The World According To Paris’ Series Premiere Party held at the Tropicana Bar at The Rooselvelt Hotel in Hollywood, California on May 17, 2011 – Credit: FayesVision/WENN.com)