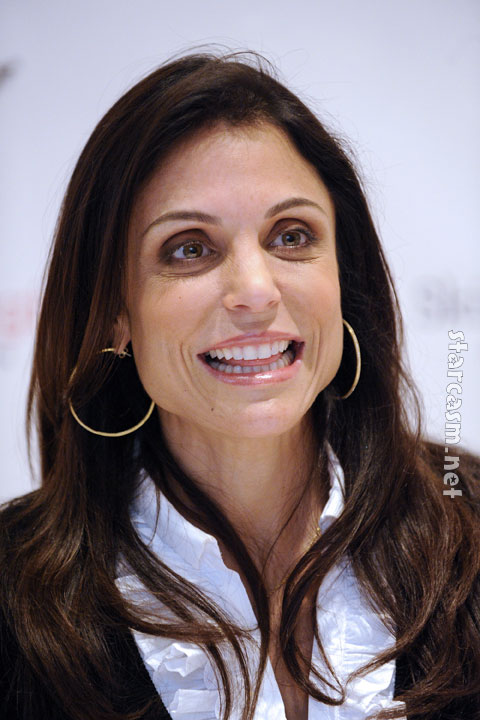 Hoping to parlay the success of the first two seasons of her Bethenny Ever After reality show, former Real Housewife of New York City, Bethenny Frankel is now developing her own talk show with the help of TV vet Ellen DeGeneres. Produced by Telepictures, which also produces The Ellen DeGeneres Show, the pilot for the as-yet-unnamed show has begun taping in Los Angeles, according to The Hollywood Reporter. The obvious rapport between Frankel and DeGeneres on several episodes of Ellen where Frankel was a guest makes this collaboration seem like a natural fit.

The show follows fast on the heels of Frankel’s latest literary offering, A Place of Yes, which details her self-styled rules for pursuing goals with authenticity and drive.
Never shy about offering her opinion, Frankel wants her talk show to be advice-focused rather than celebrity-driven, as a way of giving back to her fans. “I want to be on TV in a format where I can have a longer conversation with my fans rather than 140 characters on Twitter,” Frankel said during an interview with THR earlier this year.

As Frankel has already committed to a third season of Bethenny Ever After, which shoots in her home base of New York City, the talk show would likely be moved there if it is picked up as a series.

But is the already over-scheduled new mom crazy for taking on yet another major project? Scenes from her reality show often show her exhausted and whining about her lack of sleep as baby Bryn cries for yet another feeding. Squeezing in taping a daily talk show amidst book signings, personal appearances, and business meetings could prove more than even this superwoman can handle (but it will make for great reality show fodder).

And do WE need yet another talk show on our screens? I dunno, did we need yet another margarita mix gracing the shelves of our liquor stores? Beam Global says we did, since they recently bought Frankel’s Skinnygirl brand of pre-made margarita for $120 million. This wisecracking broad seems to have a knack for knowing what her audience wants, and she already has a loyal following across multiple platforms. So what’s the probability for success on this venture? My magic 8-ball says: outlook good.

PHOTOS Bethenny Frankel in a bikini with Jason Hoppy