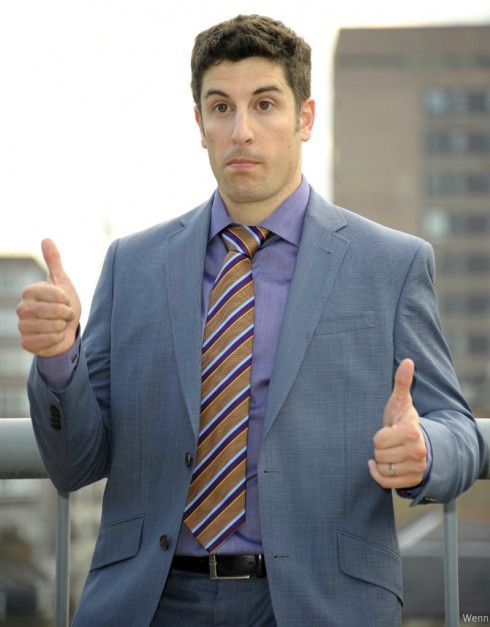 Nearly 300 people aboard a Malaysia Airlines Boeing 777 were killed today when the plane went down in eastern Ukraine. The investigation is still ongoing, but local authorities believe the passenger jet was shot down by a Russian-made antiaircraft system. The tragedy comes months after Malaysia Airlines Flight 370 disappeared without a trace.

Like many others, Orange is the New Black‘s Jason Biggs linked the two incidents. But, it’s what he did next that’s erupted into a big controversy on social media…

He quickly added, “In all seriousness, tho- HOW DO YOU MISTAKENLY SHOOT DOWN A COMMERCIAL PLANE?! Ugh… It’s saddest for the victims and their families, obviously. But Malaysia Airlines is apparently a GREAT airline. Gonna be tough to recover.”

Even though he acknowledged the affected families’ pain, most weren’t consoled.

Another added, “life hacks: make fun of the ruined lives of hundreds of people right after a tragedy happens and people will think ur #edgy”

Jason then doubled-down and fired back that “it’s a f**king joke” and people don’t have to read his Twitter page if they don’t like what he has to say. He also retweeted messages from supporters who waxed poetic about “laughter being life’s natural bandaid.”

“The idea that I wouldnt have any empathy 4 the victims or their families because I make a joke is absolutely ridiculous,” he said. “Truly- you losers are literally trying to find s**t to get angry about. Channel your issues elsewhere.”

The thing is, creating controversies seems to be Jason’s favorite pastime these days. Besides lobbing low-blows at Bachelor contestants, he also insensitively joked about Eric Hill’s death, said it’s his right to drink his wife’s breast milk and insulted American Pie co-star Tara Reid’s looks. In fact, it’s become so commonplace that he (sarcastically) encouraged tabloids to track his every tweet…

Hey @UsWeekly @eonline @HuffingtonPost don't forget to keep checking my Twitter feed for all the latest in controversial celeb news! :))

Do you think Jason went too far with his Malaysia Airlines tweet?