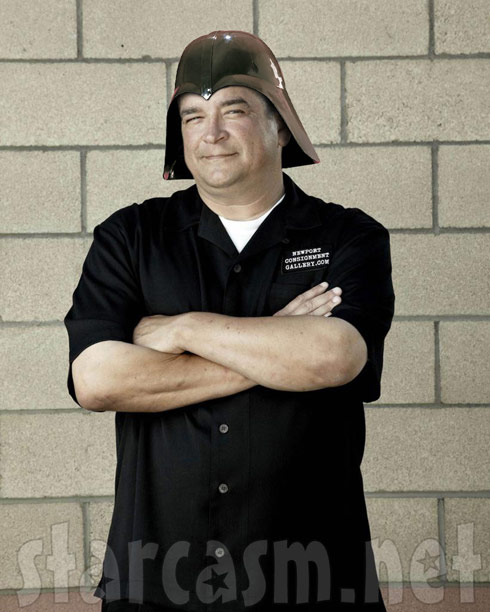 I have to confess I didn’t see this coming! After a very bitter falling out, which included a lawsuit and a war of harsh words in the press, A&E is bringing back storage auction bidding super-villain Dave “The Mogul” Hester when Storage Wars returns on August 12th!

The first announcement came in the form of a tweet from A&E on Tuesday, complete with a Dave Hester photo:

You never know who’s going to show up! @davethemogul returns to all new episodes of #StorageWars August 12th. pic.twitter.com/ZJiHGdqFwb

The news was confirmed yesterday via a press release for the new season, which stated “New episodes of A&E’s hit original series Storage Wars, featuring the return of legendary bidder Dave Hester, will begin airing with back-to-back premieres on Tuesday, August 12 at 9PM and 9:30PM ET/PT.”

It is still unclear how much Dave will be featured or how often, and he hasn’t mentioned the return at all on his Twitter account. (I hope his return isn’t unofficial and pixelated or something like that!) Actually, as recently as March, Dave was still bashing A&E, Storage Wars and Barry Weiss’s spin-off series Barry’d Treasure:

Storage Wars and Barry's dumb show hit all time ratings low 0.7 & 0.5 for season premier. It can only get worse from hear. YUUUP!

To all of my fans , ive been ask to not talk about Hester , but yes I still can't stand him I hope he falls in a pile of shit #storagewars

It seems Darrell’s gag order doesn’t include critiques of Dave as a human being either:

Talk about your “WOW factor!”

Interestingly, Darrell did seem to shed a little light on what happened in this interaction with a follower:

On a more positive note, Storage Wars auctioneer Dan Dotson is back out of the hospital and doing well after suffering duel aneurysms last month:

1st day back filming season6 It was a blast & especially great seeing everyone after a long 23 days I'm back! #StorageWars Tues 9/8c @AETV

On our way home filming season6 #StorageWars Can't wait to see the shows & see what the fuss is all about #BestnBiz pic.twitter.com/xvPaxZn31V

Sticking with the Star Wars theme, it’s awesome to hear Obi-Wan Kedotson is back!!!

As I mentioned above, Storage Wars returns with back-to-back episodes on Tuesday, August 12 starting at 9/8c on A&E.