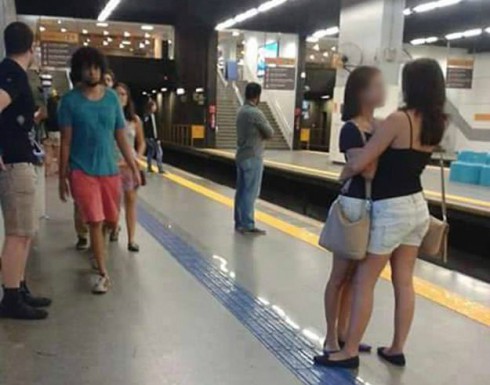 Brazilian commuter Nelson Felippe had no tolerance for what he saw while taking the subway on Tuesday — so he snapped a picture and shared his gripe on Facebook, where the photo and comment have since gone viral.

“I am not prejudiced, I think everyone does what they want in your life. But I find it absurd I should have to witness a scene like this,” Nelson said. “What people do in private is your problem, but what you do in public concerns me, yes. And I refuse to see a scene like that and consider something normal.”

Nelson continued by saying what he saw challenges social conventions and could ultimately be dangerous for society. He added, “What if some tragedy strikes, or worse, if someone dies, who’s to blame?”

Then for the kicker… 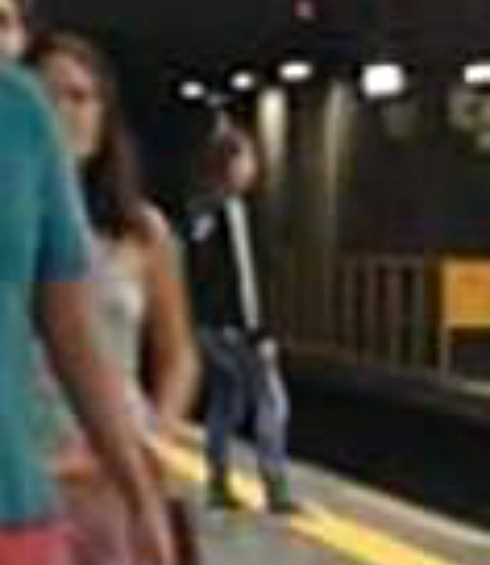 “What would happen to a child who sees this scene every day? Kids will think it’s normal to wait for the subway on the yellow line,” he said. “So, don’t act like that guy over there. Follow the example of the girls.”

Silicon Valley, social media and the rise of sex work