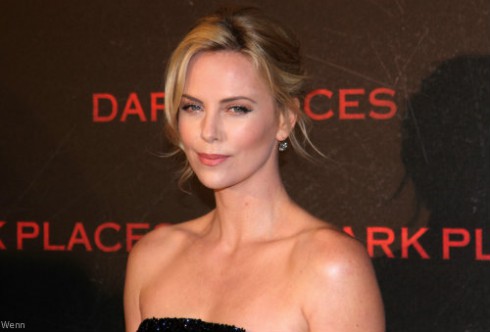 Charlize Theron said she can relate to her Dark Places character because they both lived through traumatic family deaths when they were younger.

In the movie adaptation of Gillian Flynn’s Dark Places, Charlize plays Libby Day, who narrowly escaped when her mother and sisters were murdered when she was 8 years old. As an adult, Libby is pulled back into the case and is forced to revisit the memories she worked to suppress. (That isn’t giving anything away, I promise!)

“My character goes through this ordeal when she’s 8 years old, and it really is examining what trauma does to a child, especially when she’s expected to speak about it,” Charlize told France’s TF1 News. “And that’s definitely something I can relate to, that’s definitely something I’ve experienced in my life. As far as events go, they’re very similar. There’s a murder [in the film], while my situation was a very unfortunate incident with self-defense.”

Charlize’s experience occurred in South Africa on July 21, 1991, when Charlize was 15. Speaking in detail to ABC in 2004, Charlize explained her alcoholic father, Charles Theron, came home from a night of drinking in an extremely agitated state.

“Nature gives you instinct. And I knew something bad was going to happen,” she said.

Based on her mother’s later testimony, Charles began to shoot at the home and through the kitchen door. He then started pounding on the locked door to Charlize’s room and screamed, “Tonight I’m going to kill you both with the shotgun.” Then he fired a blind shot through the door.

At that point, Charlize’s mom, Gerda Maritz, protected herself and her daughter by fatally shooting Charles. She also wounded his brother who was similarly antagonizing. The attorney general later ruled Gerda was acting in self-defense and she didn’t face any penalties. 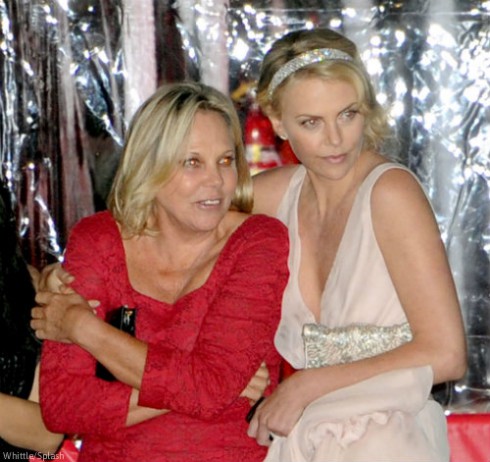 Charlize Theron’s mom, Gerda, with the actress in 2012.

Although Charlize said she wouldn’t hesitate to act like her mom in a similar situation, she said it took a while to come to terms with the whole ordeal.

“I think, for me, it took a long time to sink in, what had really happened because you just don’t think stuff like that will ever happen to you,” she said. Fortunately, she found a way to move on. “It’s a part of me, but it doesn’t rule my life.”