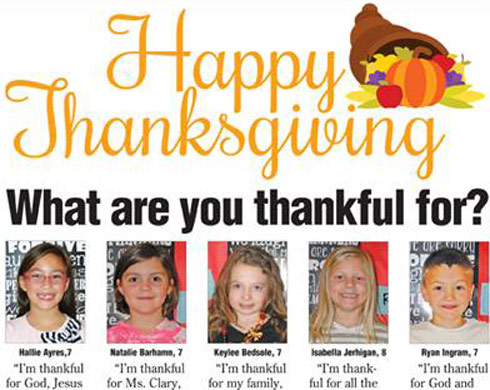 We have further inarguable proof that kids have had the #nofilter thing down way before it ever became an internet meme.

8-year-old Isabella Jerhigan was asked by her local paper to tell them something she was thankful for during the Thanksgiving holiday and her filter-free answer has already become the stuff of viral legend. While other cuties said things like, “I’m thankful for my Family, God and Ms. Clary” and “I’m thankful for sharks because they are my favorite animal,” Isabella had another take: 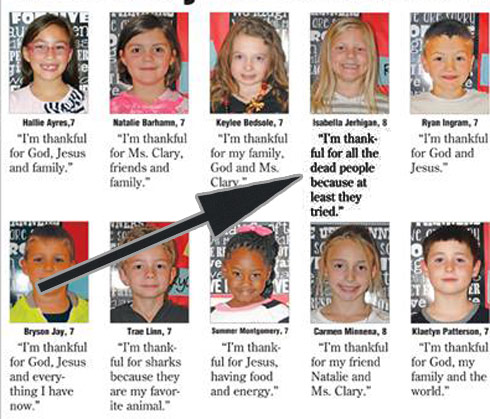 “I’m thankful for all the dead people because at least they tried.”

The image first surfaced on Reddit and has since made the rounds. Many folks questioned the validity of the pic because Isabella’s answer just seemed too good to be true. Starcasm managed to track down the source paper and can verify that this is very much real.

We called The Saline Courier out of Benton, Arkansas and spoke with the editor who not only said this was, in fact, real but was pleasantly surprised to hear that their story was being spread across these here internets. They’ve since shared the item via social media and are looking for Isabella’s parents to do a follow-up.