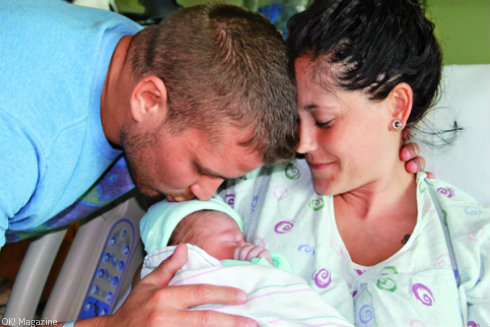 Despite seeming pretty blissful in his relationship with Teen Mom 2‘s Jenelle Evans, Nathan Griffith says they aren’t one big, happy family because of lingering issues with Barbara Evans.

“We definitely have our differences. I want custody of Jace. He listens to me, and I’m a good role model for him. She just yells at him,” Nathan told OK! Magazine of his future mother-in-law. He didn’t mention whether he wants custody of his daughter, who currently lives with Nathan’s ex-wife’s parents. (The ex, Allison Stevens, previously explained she doesn’t have custody because of her own drug and alcohol problems; it’s unclear why Nathan doesn’t have custody.)

Nathan and Barbara’s contentious relationship is no secret as they’ve clashed on Teen Mom 2 about Jenelle’s drug addiction, Barbara’s reported drinking problem, Nathan’s work and how Jace is raised. He told OK! he wants custody of Jace to provide a “more structured and understanding home.”

“When he’s with Barbara, it gives me an unsettled feeling in my stomach,” Nathan said. “I love her and I respect her, but she hasn’t grown up yet — and I don’t like that.”

Nathan added he has long-terms goals for earning a civil engineering degree and buying a house with Jenelle, but is currently focused on baby Kaiser — who was born healthy on June 29 after an eight-hour labor. 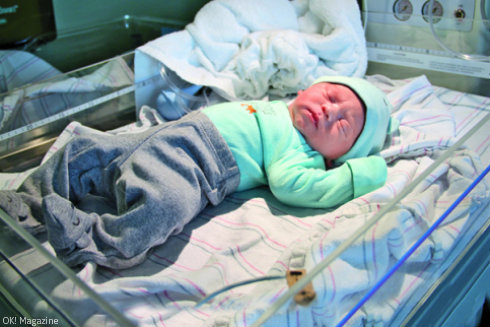 “For me, it was a bunch of mixed emotions. I cried when she was in pain and I cried when the baby was born. I was just a mess,” he said, adding he was really proud of Jenelle’s conduct. “There were no drugs in her system and the baby tested fine for everything. Jenelle is really focused on staying healthy and drug-free. She’s on a really good path.”