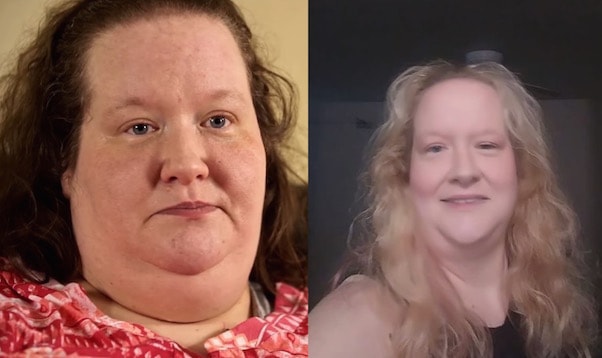 We’ve got a new update on My 600 Lb Life star Tamy Lyn, and it’s a big one. The Season 6 cast member has shared exactly when fans should expect Part 2 of her weight loss journey (which could be here a *lot* sooner than expected), and answered questions about the My 600 Lb Life Tamy Lyn husband situation. Though there’s plenty of gossip about Tamy and James’ relationship status, the latter update reveals a co-parenting situation somewhat more complicated than viewers of Tamy’s first episode may have assumed.

My 600 Lb Life Tamy Lyn husband James: Did they get back together?

Devoted fans of Tamy’s weight loss journey need not worry. Tamy remains separated from James, who earned plenty of viewer ire after admitting during Tamy’s My 600 Lb Life debut that he had cheated on his then-wife. (The association with Season 6’s most infamous couple, Rena Kiser and Lee Sutton, probably hasn’t helped gossip about Tamy and James: Rena and Lee recently got back together after Rena had dumped her longtime partner over at least one alleged affair.)

It looks like the recent My 600 Lb Life Tamy Lyn husband talk got started due to a misunderstanding over a photo on one of Tamy’s social media pages. The photo, which Tamy shared this past spring, captures both James and Tamy and James’ son Zack driving electric carts at the grocery store. “Had to stop at store and look around and stuck me funny,” Tamy, who began her weight loss journey at 591 pounds, wrote. “I am the only one who can walk the store now.”

Naturally, the photo’s comments turned to what Tamy and James were doing together at the grocery store at all — and whether they were back together. Tammy reassured her fans that she’s still separated from James, but that she sees him regularly as he helps out with their children, Zack among them.

“Even if we cant get along all the time,” Tamy explained, “[James and I] have too be there for each other because of our boys.”

We reported on Tamy’s continued weight loss success in our last update, and her progress has only continued since then. Despite a diagnosis of degenerative bone disease earlier this year, Tamy continues to keep a positive outlook.

So, what does Tamy Lyn look like now? Unfortunately for fans hoping to revel in that positivity and success, Tamy hasn’t shared any new photos in quite some time. The pic on the right side of the before-and-after at the top of the article, from last summer, is actually the most recent one Tamy has made public. However, it’s not that Tamy doesn’t want to share new photos: as she’s said several times to her fans, she simply has to wait until after her first-ever Where Are They Now? episode airs.

Tamy did recently reveal that she’s finished filming for her Where Are They Now? follow-up. She’s also commiserated about the process with some of her My 600 Lb Life co-stars. But Tamy did say that there’s reason to believe My 600 Lb Life Tamy Lyn Part 2 could air surprisingly soon.

The first inkling we got that Part 2 was on the way came a couple of months ago, in an exchange with castmate Jenn Jess. It seems the process of recording voiceovers for the show is a real grind: Tamy told Jess that she was “just waiting on [the production company] to send” the necessary lines, to which Jenn responded that the waiting “is the worst.” Tamy also said she’d been told to expect recording would last three days, something that Jenn said was reason for optimism.

“Mine took six days and a couple hours,” Tamy wrote in response.

Tamy also hinted at some major weight loss surgery updates in an exchange with her Season 6 co-star Alicia Kirgan. “Just wish they would fix my side,” Tamy said, in response to Alicia’s message of concern. “I am so tired of draining and holes. I had so many plans for the summer and can’t do any of them because of this.”

Though Tamy didn’t disclose what “this” referred to, it’s likely we’ll find out when My 600 Lb Life Tamy Lyn Part 2 does air. And, although the new season of Where Are They Now? doesn’t traditionally begin until January, Tamy claimed in one of her latest updates that she’d been told her new episode would actually air in November — meaning the current month! As of this writing, it doesn’t appear anywhere on TLC’s schedule, but that schedule doesn’t yet extend to the last week of the month.

Finally, the Tamy Lyn Murrell Instagram page has a new address. Tamy opened up a new account at @tamymurrell. Though she only has one post up so far, that could very well change once Tamy’s new episode airs.

We should also point out that the My 600 Lb Life Tamy Lyn husband question has also come up in conjunction with the Tamy Lyn Murrell Instagram account. In an earlier update on Tamy’s journey, we noted James’ comment on the photo Tamy used for her post. What was specifically strike was how caring and almost contrite James sounded. 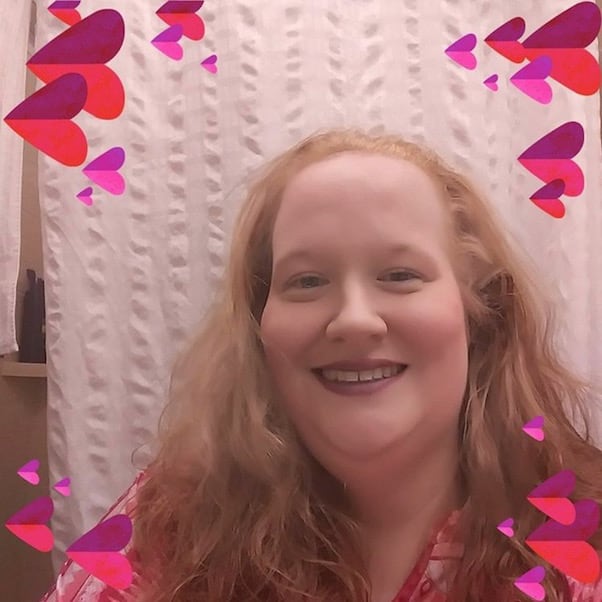 “Tamy has always been a beautiful woman,” James wrote, after he and Tamy both shared the image above. “She had me take her to the store to buy new make up and this is the first time in many years i have seen her with make up on and to tell you the truth it i made me cry because I have not seen her this happy about something the look on her face was priceless.”

You can say hello to Tamy Lyn on her official Facebook page. Like her Instagram page, it hasn’t been updated much lately, though that may well change over the next few weeks. And you can stream Tamy’s first My 600 Lb Life episode on the show’s official site, via TLC.