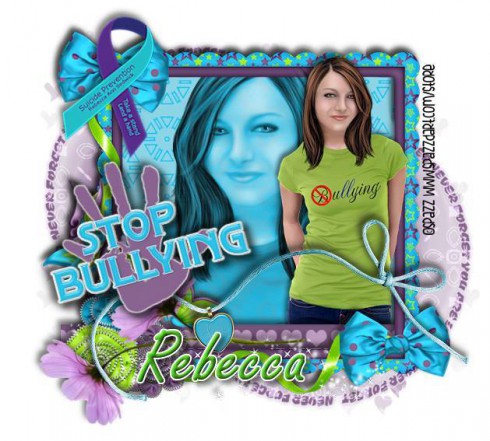 Florida authorities arrested a 12- and 14-year-old this week on felony aggravated stalking charges. They are accused of leading a bullying campaign against Rebecca Sedwick, a 12-year-old classmate who committed suicide last month.

“They would tell her she’s ugly, stupid, nobody liked her go kill herself,” Rebecca’s mother, Tricia Norman, told local news shorly after her daughter’s Sept. 9 suicide. “The bullies won. They got what they wanted. They wanted her to kill herself. It left all of us heartbroken and empty.”

According to police reports, the two students arrested were primarily responsible for harassing, stalking and picking fights with Rebecca. The arguments began shortly after one of the girls began dating Rebecca’s ex-boyfriend. As many as 15 young girls were involved in the bullying.

School administrators became aware of the bullying when the girls began assaulting Rebecca between classes. Rebecca ultimately switched schools, but the bullying continued until she lept from a cement tower in September.

Following Rebecca’s suicide, police confiscated some of the alleged bullies’ cell phones and computers. No charges were pressed until Monday, two days after the suspected 14-year-old bully wrote on Facebook “Yes ik I bullied REBECCA nd she killed her self but IDGAF.”

Although the suspect claimed her account was hacked, that reportedly gave police enough evidence to make the arrests. The two middle school girls were booked into a juvenile detention center on Monday, but were later released to their parents for home detention.

According to USA Today, Florida recently amended bullying laws to include cyberbullying. The law was created in honor of a teenager who killed himself after being harassed by classmates.

The top picture was created for a Facebook page in Rebecca’s memory.

‘I don’t care’ driver charged for swerving and hitting motorcycle