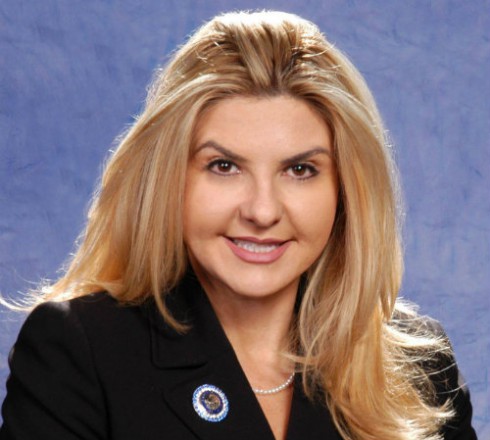 As Stephen Colbert’s proven, politician love to say “I’m not a scientist, but…” However, in the case of Nevada assemblywoman Michele Fiore, she should have used that disclaimer before dropping some knowledge about cancer.

“If you have cancer, which I believe is a fungus, and we can put a pic line into your body and we’re flushing with, say, salt water, sodium cardonate through that line and flushing out the fungus,” Michele said on her radio show last weekend, apparently referencing an old wives’ tale that’s been thoroughly debunked by The American Cancer Society. (It seems she meant sodium bicarbonate, aka baking soda, not sodium cadonate, aka not a real thing.) “These are some procedures that are not FDA-approved in America that are very inexpensive, cost-effective.”

According to Ralston Reports, the state lawmaker was making the case for her new “terminally ill bill,” which will change “provisions of our health care system.” She said some of her friends have had to leave the country to get treatments that aren’t FDA-approved. (My question is, did they ever come back after trying to use salt water and baking soda to cure their cancer?)

MSNBC notes this isn’t the first off-the-cuff remark from Michele that’s had some raising their eyebrows: She is also sponsoring a “campus carry” bill that would, in her words, stop men from sexually assaulting “young, hot little girls.”