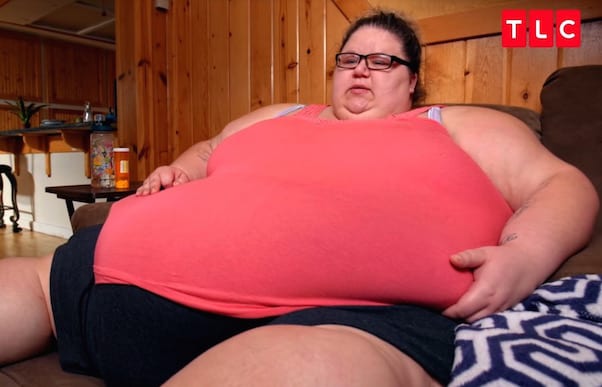 Brianne Smith Dias was one of the breakout stars of My 600 Lb Life Season 7. Her hard work, positive attitude, and amazing success made her one of the most beloved cast members of the year. Since then, we’ve learned that Brianne’s fans have plenty to look forward to, starting with the follow-up episode she’s been filming. But that’s only the tip of the iceberg, as we can now reveal in our update on My 600 Lb Life Brianne today.

Brianne’s backstory was a little bit unusual for the show. The source of her trauma wasn’t physical; instead, Brianne had to deal with a verbally abusive father, one whose taunts worsened throughout childhood. “He was just, like, telling me I’m an awful person, calling me a ‘fat f*ck,'” Brianne explained, adding that eventually she realized her entire family had turned against her. “When we fought,” she said, “it felt like it was my whole family against me.”

Brianne began her weight loss journey at a peak weight of 742 pounds — and debilitated by the “humiliation” she felt at being dependent upon her husband Rick. But as soon as she arrived in Houston, Brianne was all optimism. She followed Dr. Nowzaradan’s instructions, stuck to her diet, and was approved for weight loss surgery after an astonishingly short period. By the end of her debut, Brianne was all the way down to 360 pounds, meaning she’d lost a total of 382. Her single-episode weight loss is one of the highest My 600 Lb Life has ever shown.

Plus, Brianne’s physical health helped her heal emotionally. My 600 Lb Life Brianne today is on much better terms with her mother, who’s even accompanied Brianne for her check-ups with Dr. Now. Here’s the two of them in one of the doctor’s exam rooms back in mid-April: 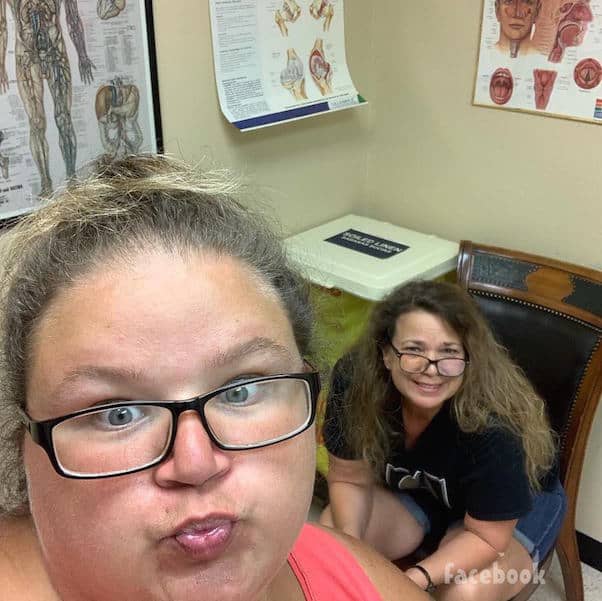 And it looks like Brianne has been hanging out with some of her fellow My 600 Lb Life cast members, too. In the most recent photo she’s made public, Brianne is celebrating life alongside Season 7’s Justin McSwain and Season 2’s Christina Phillips — whose weight loss is the biggest the show has *ever* broadcast: 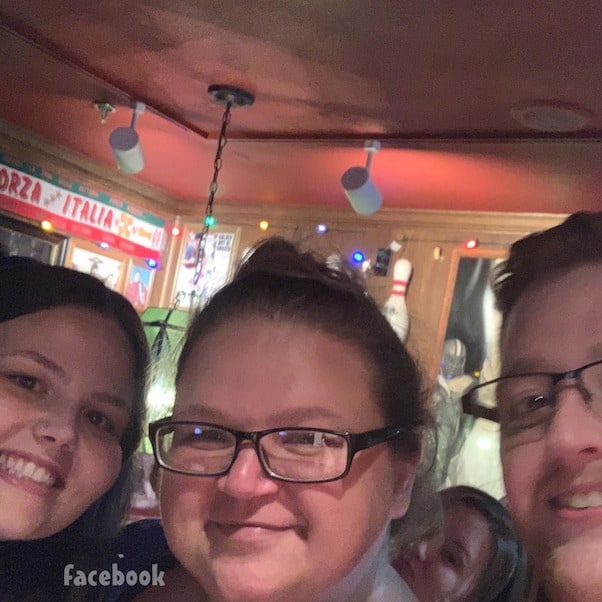 In the same update, Brianne shared a second My 600 Lb Life reunion pic, this one with Christina and Season 6 star Alicia Kirgan: 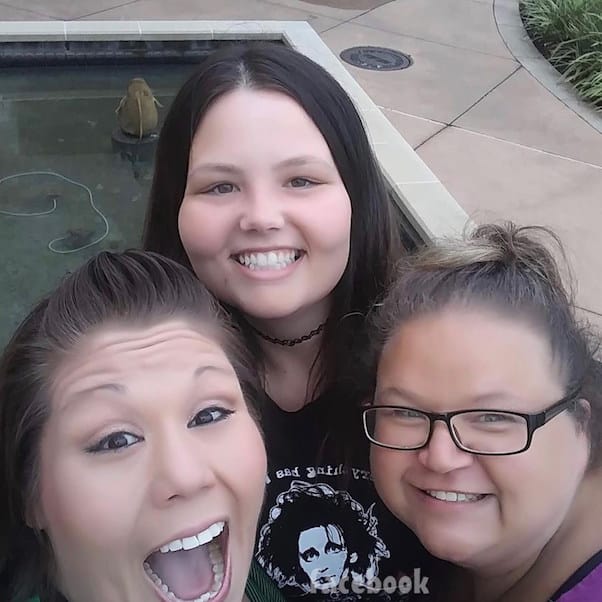 But Brianne hasn’t forgotten about the good vibes and positive feedback she’s gotten from My 600 Lb Life viewers. A couple of months back, she dedicated one update specifically to thanking her new fans:

Just wanna say thank you to everyone who watches my episode. I love hearing from you and if I haven’t gotten back to you yet I’m sorry I will!! But I want you to know it does inspire me with all the love and messages I receive all the time from everyone from around the world!! Especially on days when I just simply feel like giving up!! So thank you!! God is good!!!! ??????❤️???

Finally, our check in on My 600 Lb Life Brianne today wouldn’t be complete without her recent Q&A. Brianne reached out to her followers on Instagram and encouraged them to ask her anything, then answered their questions in an extended IG story. We managed to get screencaps of the entire Q&A, and have transcribed the whole thing below. Among the big news: Brianne is still living in Houston, rocking her weight loss with Dr. Now but missing her husband Rick, who’s 2,400 miles away at their Oregon home. Brianne still doesn’t know when her Where Are They Now? episode will air. And Dr. Now really is as great as he seems 🙂

Have you maintained your diet and exercise?
Yes! It’s a struggle but I got this!

Where are you living now?
In Texas still!

Do you enjoy health and fitness?
Hmm good question It’s I think now I do…now that I really understand it not that I didn’t before but I have a deeper understanding if that makes sense?

What are your goals after this journey? Can you share more of your journey?
One major goal is for me and Rick to go to Israel with our church that’s something I’d never ever be able to do health wise. So it’s a major goal! Another is to have children and I’d like to either become a midwife or become an RN.

How are you doing! And is Dr. Now really as nice as it seems?
I’m doing great!! Dr. Now is amazing!! He’s truly the best Dr I’ve ever had in my life he does care about us all!

How are you feeling after losing so much weight?
I feel amazing!!! I feel like soon I’m gonna run a triathlon!!! Lol jk no but that would be awesome!!!

Is Dr. Now really nice in real life?
Lol dr now is really the nicest caring professional guy!! He’s the best dr I’ve ever had that’s for sure!! He’s my fav!! Lol

How many pounds now?
Wish I could spill the beans :/ I can’t I’m under contract :/

Has weight loss been hard? And are you wanting to be on another season on TLC?
It’s been an adventure it still is! Lol there’s always up and downs that’s life! Lol it’s totally up to TLC if they wanna do another episode I’m down lol

When will you do another reveal?
Not sure…

What type of exercise do you do now? Do you weight life more or do cardio?
Right now I swim like a fish and I do walking I’m trying to build up my stamina! If you see me come say hi!!

Have you gotten skin removal surgery? If so, what was it like?
I can’t talk about it if I have or haven’t…

How are you doing? What are you doing these days?
I’m doing good just always with my mom and missing my Ricky and cat back home!

How long ago was the episode recorded?
Haha (in my Big Brother After Dark voice) I am not aloud to talk about production bhaha I wish I could answer Lol

Brianne’s most frequently updated social media profile is her Facebook page, where you can follow along with her weight loss journey in near-real time. And for now, she only has one My 600 Lb Life episode, available for streaming here.

Details on Angelina Jolie’s wigs, diet, and fitness training for Salt: Is she too skinny for action movies?