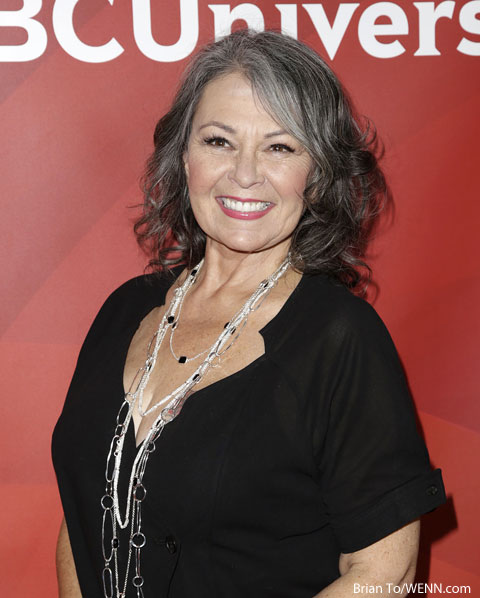 61-year-old former sitcom queen Roseanne Barr has tried a lot of different endeavors in recent years. She ran for president in 2012 (and placed 6th!) and starred in a reality show based around her Hawaii macadamia nut farm. Now she’s back on network television as a judge for a revamped version of NBC’s Last Comic Standing, a comedy competition show, and she’s looking more trim than ever.

Here she is at the NBC Universal Summer Press Day earlier today: 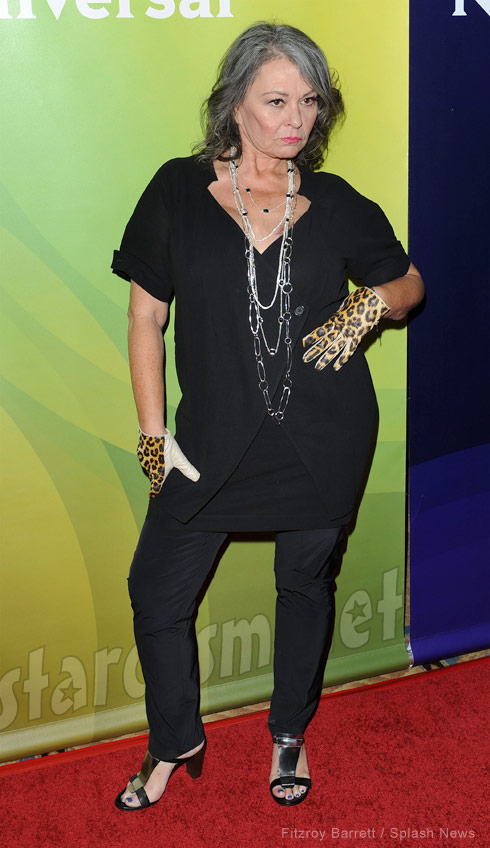 ^ Roseanne during the height of her sitcom days

Roseanne hit a high weight of 320 pounds while getting some of the highest ratings on television in the 90s as a sarcastic “domestic goddess” in her self-titled NBC sitcom. In 1998 she had gastric bypass surgery, which helped jumpstart her weight loss. Roseanne also had several plastic surgeries in the nineties including a nose job, breast reduction, and tummy tuck.

The comedian is feeling pretty sassy recently, posting a tongue-in-cheek selfie to Twitter a few weeks ago mimicking some of the shots Kim Kardashian likes to post. “Hey #kanye,” Roseanne captioned the photo. 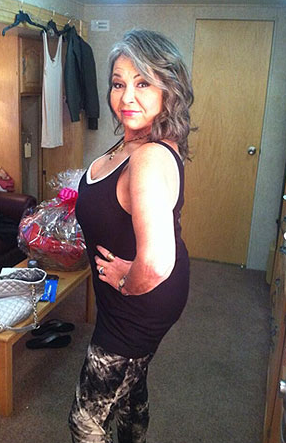