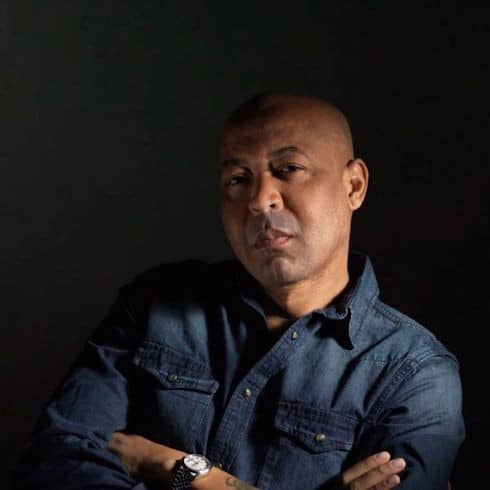 The circumstances of the Rod Demery mother murder are these. Barbara Sue Demery was shot to death in Sweeny TX on May 8th, 1969. Rod was 3; his brother Patrick was 5. Barbara was living with her new husband, Jerry Armstead, at the time; Barbara was in her “early 20s,” while Jerry was “eighteen years her senior.” Neither of her sons were able to move to Sweeny with their mother–nor could they live with their biological father, so they’d been left behind with their great-grandparents.

Rod and Patrick were told that their mother had been killed in “a robbery gone wrong.” Because there was no investigation into Barbara’s death–and because his strongest memory of his mother came from the one story Patrick had about her, which he told “over and over”–neither of the boys had reason to believe otherwise. It wasn’t until Rod was a grown man, and became interested in learning more about his mother’s murder, that he found out about Nelson, a boyfriend she’d allegedly been keeping behind Jerry’s back. Instantly, Jerry became a suspect in Rod’s mind.

The police report on Barbara’s death, with its descriptions of escalating domestic violence between Jerry and Barbara, began confirming Rod’s suspicions. Complicating matters was the friendship Jerry had with the chief of police in Sweeny. In Rod’s mind, that friendship kept the investigation from getting too serious. And, as Rod further notes, one other cultural influence worked against Barbara: at the time women “didn’t have too many rights,” and were often looked on as property.

In fact, Rod discovered that though Jerry was charged with one count of “murder without malice”–what in today’s terms would be considered manslaughter–and sentenced to five months’ probation, Barbara Sue Demery’s death never received a proper homicide investigation. That is, until Rod became curious two decades after the fact.

“Charging him with murder without malice,” Rod explains, “basically says that he believed that there was a burglar in the house and he just started shooting. And that was his explanation. But, had they done a homicide investigation, they would have realized it was just a straight-up murder.”

One other detail reveals how casually the Sweeny police took Barbara’s death, the murder scene, Jerry’s story–all of it. According to Rod, the gun Jerry used to kill Barbara (which held nine rounds, all of which had been fired into Barbara’s back) was not taken as evidence, and was actually given back to Jerry almost immediately. Which was handy, since, as Jerry didn’t have enough money to pay his attorney in cash, he would upon conclusion of the case pay the lawyer who helped him get only five months’ probation with the gun he used to kill Barbara Sue Demery.

Because Jerry remained a free man, Rod decided to contact him. Jerry had just had heart surgery, and Rod knew he “wasn’t going to be [alive] much longer.” (Jerry did indeed pass away shortly after Rod met him.) So, with a head full of unanswered questions, Rod went to Jerry’s hospital room to ask about his mother. He videotaped the encounter, and the podcast contains audio from their exchange. It sounds like Rod didn’t interview Jerry formally, nor did he go to the hospital intending to conduct any sort of formal interview. He presents himself as a man who just wants to know more about a woman who, practically speaking, he never met. But by the end of the tape, Jerry is in tears, admitting to Rod that he “never meant to hurt” Barbara.

When asked why he can’t turn off his self-described “obsession” with solving homicides, Detective Demery was gentle–but blunt. “I don’t think you should,” he said. “It requires everything in your being. [It’s] something that you can’t postpone. There’s no tomorrow; there’s no ‘Let’s do this later.’ I think you do everything you possibly can until you pass out, and then you wake up and you start again until you get it done.”

He was equally straightforward when asked about the specific influence his mother’s murder had on his career–and his life.

When I think about the case that the police officers failed [wiith] my mother’s murder…I don’t think that I could ever do that. Maybe because I know the outcome, or the emotional fallout. I think everybody has a role. And if your role is to work a murder case and solve a murder case, then you should work it and solve it. Sometimes I like to say that I was so devoted because of what happened to my mother, and what my family experienced. I don’t know. That’s probably part of it, but there’s something that was driving me.

New episodes of ID’s Detective podcast, featuring in-depth interviews with Detective Demery, will be released every Wednesday. You can subscribe to the podcast here. And don’t forget to check out Murder Chose Me Wednesday nights at 10 on Investigation Discovery.