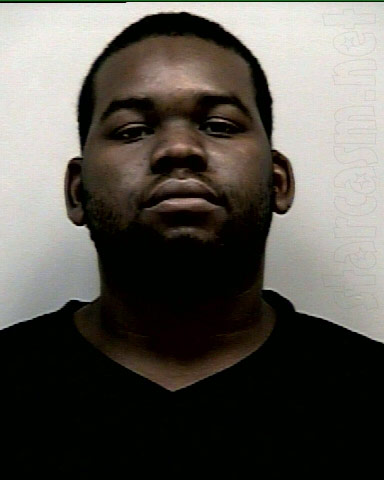 NeNe Leakes’ son has once again found himself behind bars. Bryson Bryant was arrested for violating his probation on July 5th in Gwinnett County, Georgia. That’s all the information we have at this point – we will update as soon as we know what exactly he did to violate his probation.

As evidenced by the fact that Bryson was on probation in the first place, this isn’t his first brush with the law — by any means! In fact, this Real Housewives of Atlanta kid has a pretty extensive criminal history.

Bryson was arrested this time last year after he stole two Mach 3 razors from a local Walmart. (Apparently having a mom who is a rich b!tch doesn’t equate to free razors!)

Bryson was arrested twice in 2010, once for possession of a controlled substance and possession of a weapon, and a second time for marijuana possession. More recently, Bryson made headlines for being involved in a nightclub brawl in Atlanta which left him hospitalized with a shattered jaw and multiple broken bones in his face.

Bryson’s latest probation violation is his second. He received his first violation at the time he was arrested for theft at Walmart. He had been on probation stemming from his 2010 arrest for drug possession. Now that he has more than one violation under his belt, he could be facing some serious jail time.

NeNe surely won’t be happy to hear about her son’s latest arrest. After his 2010 arrests, she released the following statement:

“Like any parent, I am disappointed with the actions and arrest of my son, Bryson.  My son is not the first young adult to experiment with marijuana, and he certainly won’t be the last. Still, as parents, this is a chance for us to have an open dialogue with him about the dangers of any substance abuse. I realize as a parent that my job is never done. And as I’ve tweeted, tough love was in order.”

NeNe, who has recently been working on her relationship with ex-husband Gregg Leakes,  has yet to address Bryson’s most recent arrest — at least we don’t think she has. She did tweet, “I can’t sleep! I have so many ideas n my head.” While she could have been referring to ideas for punishing Bryson, it is more likely that this business-minded Bravopreneur was talking about her career!

Casey Anthony surfaces in Ohio, lawyers trying to keep her out of Orlando