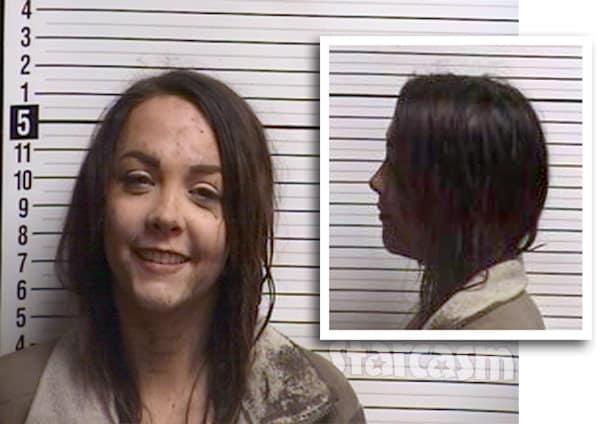 Jenelle Eason’s bestie Victoria “Tori” Rhyne is quickly catching up with Jenelle in the race for the most mug shot photos. Tori was once again posing in front of the all-too-familiar Brunswick County Jail booking photo backdrop on Friday after she was arrested and charged with driving while impaired.

Judging from Tori’s mug shot photo, she may have been driving while impaired at a bog in? The 24-year-old radiates a huge smile, but her face looks to splattered with mud and tear-streaked mascara. And her jacket collar looks to have been victimized by stains as well. Something tells me her arrest was an eventful one.

AMAZINGLY, this is not Tori’s worst mug shot photo — by a long shot. In April of 2016 she was arrested on drug charges and posed for a grimace-worthy booking photo. Tori would later concede that it wasn’t her best look. “And yes my hair in my mugshot looked awful. Lol,” she wrote, “but that’s not a daily thing.”

Tori just got out of jail last month after she served some time on her heroin possession charge from 2016. At some point between that arrest and this current one, she posed for yet another Brunswick County mug shot photo that almost slipped through the cracks: 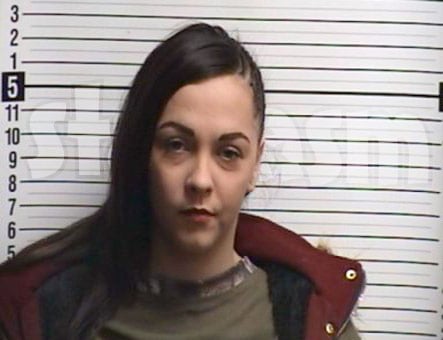 Tori is currently free after posting a $500 bond just a couple of hours after being booked.