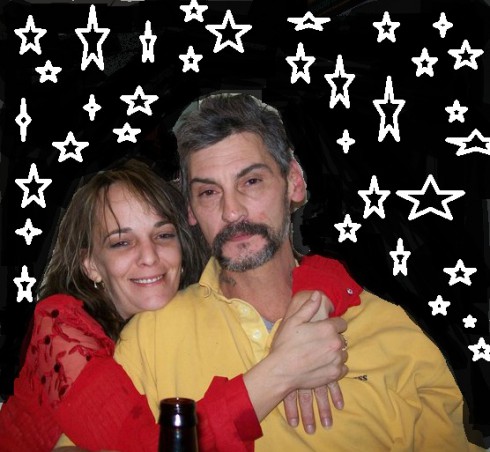 UPDATE – Catelynn also confirmed to starcasm.net that they’re getting a divorce.

The page issued a statement addressing status updates April made last night on her personal Facebook page accused Butch of hitting women, and their impending divorce. Many fans who are friends with that account suspected that it was hacked, but Catelynn’s Facebook Page (which includes April as an admin, and is approved by Catelynn) says that the account was not hacked, Butch did hit April, and they are going to seek divorce.

April’s profile was not hacked.. She posted a couple status’s last night about Butch & him hitting her.. She will be on later today to clear everything up for you guys who read them on her profile.. Please keep her in your thoughts as she says they are getting a divorce after this time.. If you have anything negative to say keep it to your selves now is NOT the time!

Here are the comments that were posted on April’s personal page:

There are reports that Amber Baltierra’s personal Facebook says Butch beat April while high. Butch has a long history of substance abuse, and was seen going to court ordered rehab on Season 2 of Teen Mom after a domestic altercation. Someone called the cops during April and Butch’s fight, and he was found to have violated his parole. April told the cops Butch hit her, and they issued a no contact order. He violated that order in rehab (by calling April,) and was sent back to jail. During Season 3, which is currently airing, Butch was released from jail. Even though released, he was still required to stay away from April until December 2011.

It’s always sad to hear of divorce, but if there is domestic violence involved, it’s necessary for the one being abused to take care of their health, sanity, and personal safety. Stay strong Catelynn and Tyler!

UPDATE – Here’s a statement from April’s Fan Page declaring strength, and asking for privacy: “April is a strong women. She has alot of supporters, friends, and family. She will make it through this! She has asked not to talk about the divorce until further notice.”

Photo and text of April’s FB postings courtesy of The Ashley’s Reality Roundup.

Did Amber Portwood and Matt Baier break up FINALLY?