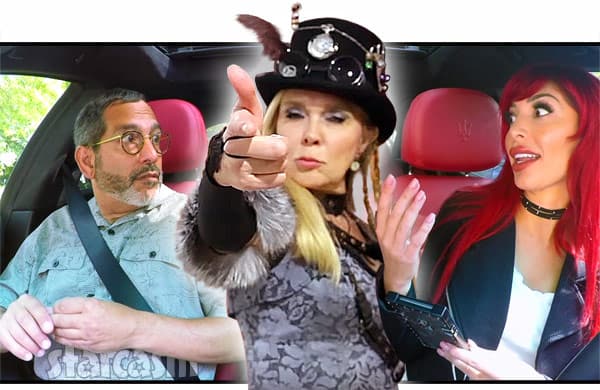 Former Teen Mom star Farrah Abraham was back to dominating the headlines last week after she was arrested for allegedly assaulting a member of The Beverly Hills Hotel security team after a heated altercation with a hotel guest. The arrest had many people expressing concerns over Farrah’s parenting skills, including Farrah’s mother Debra Danielsen, who revealed that she is hiring an attorney in hopes of gaining custody time with Sophia. Farrah’s dad Michael Abraham offered up his response to all of the recent developments with his daughter Farrah in a Q&A statement released to Starcasm and The Ashely’s Reality Roundup.

The first topic is Farrah’s arrest. Michael iterates what Farrah stated by claiming that she was not charged for the incident, but he stops short of putting any of the blame on police officers as Farrah did.

“We have seen this before,” Michael begins. “The situation was blown out of proportion, a misunderstanding that occurred and there was no battery or trespassing charges. The police were doing their job even though they were misinformed and lied to by others at the hotel.”

As far as concerns over Farrah’s parenting skills, Michael is 100% unconcerned. “No, I’m not worried at all, I know the truth,” he asserts. “Farrah has always been a wonderful mother/parent. She is a hard worker, manager, responsible and smart.”

Michael goes on to say that the concerns over Farrah’s ability to be a good mother to Sophia are, in part, a byproduct of how she was negatively portrayed by Teen Mom OG producers. “She’s been provoked and portrayed as the villain on MTV,” he insists, “bottom line is that those producers need to feed their families.” Michael says that MTV “banked on” the volatile relationship between Farrah and her mother Debra to help villainize his daughter, and that the network continues to use that formula. “They are doing that now with the other girls,” he says of Farrah’s former co-stars. “MTV and Viacom will bank on the drama.”

Michael illustrates that Farrah’s volatile relationship with Debra and her husband Dr. David Merz is not an accurate measure of Farrah’s ability to get along with family members by pointing out how well she gets along with her other parent and (almost) step parent. “Amy, my fiancée, and Farrah have a positive and healthy relationship and I couldn’t ask for anything better,” Michael says. “Both are there for each other. Amy loves the girls just like she loves her own daughter and granddaughters.” 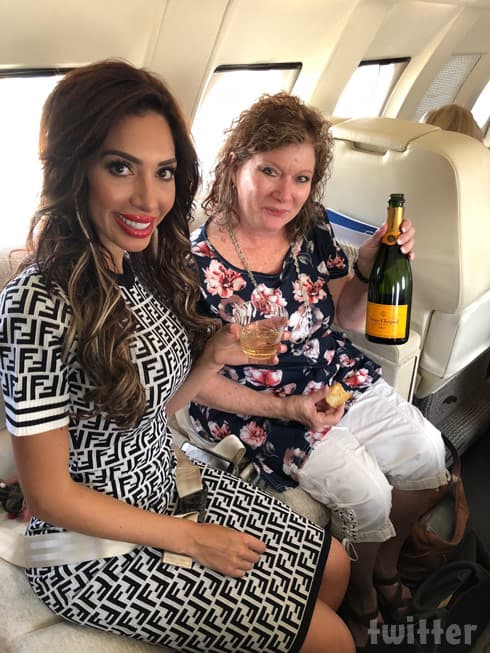 Michael emphasizes that his daughter’s life has only gotten better since she left the show that launched her into the international spotlight. “Farrah has made positive changes in her life and she is thriving! She stepped away from MTV/Teen Mom OG (the lies and drama), her mother (who is selfish and self-serving), an old boyfriend (the relationship was toxic), and other people in her life who were users. Farrah is doing excellent!”

Speaking of Farrah’s “selfish and self-serving” mother Debra Danielsen, she spoke with Radar Online just after Farrah’s arrest and had fewer nice things to say about her daughter than usual. “[Sophia] needs to be with her family, not about strangers and volatility and her mother being arrested,” Debra said in tears. “It’s very disgusting,” Debra added, “She needs to go to school… She needs to not be dragged on a party all over the world.”

Michael was quick to offer his rebuttal: “The fact is Sophia is in school,” he says, “a virtual school that permits her to do her lessons, homework, and activities ANYWHERE.” Michael also clarifies that Farrah’s “partying” all over the world is actually her working and “90% endorsement work.” (In case you missed it, Sophia has recently traveled with her mom to numeorus places around the globe, including Fiji, Cannes, and Dubai.) “World travel is excellent education for a child’s future,” Michael argues. “Debra must have forgot that we did the same with both Ashley and Farrah when they were children – yes they traveled the world with us!”

So, what are Michael’s thoughts on Debra using the courts to force Farrah to allow her to see Sophia? “If Debra takes that route she will be only making the divide between her and Farrah only worse,” he says. “If Debra wants to be able to see the girls (Sophia), Debra needs to look at herself and CHANGE. Stop selling disgusting stories about Farrah which fraudulently diagnose mental illness and poor parenting.” He seems to shake his damn head at this point before adding: “You gotta ask yourself…what kind of parent does that???”

Michael concludes his take on Debra’s responses to recent events by once again suggesting that aggression is not the best method to attempt a reconciliation with Farrah and Sophia. “If Debra really cared, she would have listened to my request while we were finding out the details and facts,” Michael says. “It’s NEVER about doing what a parent should be doing, which is supporting her daughter and NOT THROWING HER FAMILY UNDER A BUS for money or to be relevant.”

We’d like to thank Michael for offering up his take on all the crazy events over the last week! We will continue to monitor the legal fallout from Farrah’s arrest, as well as Debra’s bid to sue for custody, and will update when we know more.