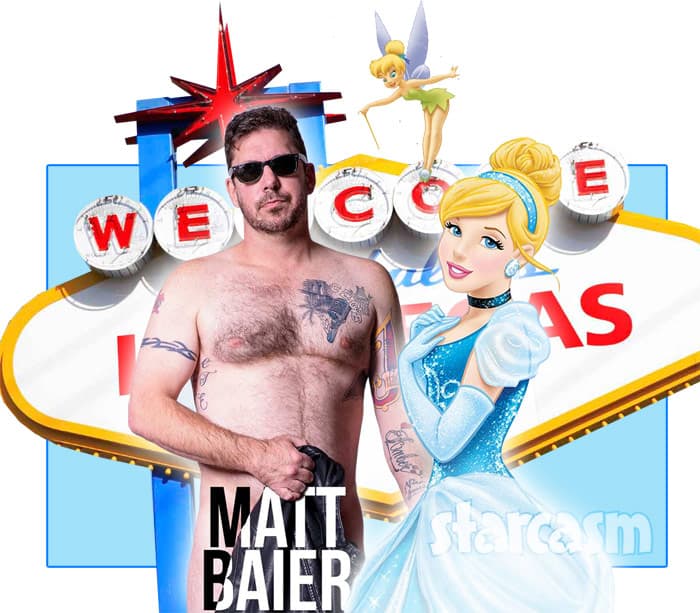 Matt talked with E! News and revealed that he met Jennifer in a Las Vegas restaurant (I assume it is the restaurant that she works at) when he moved to Sin City after his break up with Amber. He says they have been together about six months, which means that they must have started dating immediately after Matt bounced from the Marriage Boot Camp house at the end of June/beginning of July.

When asked why Matt had not shared any information about Jennifer online during that time, he said, “She’s not a public figure. So we kept our relationship private.”

Meanwhile, Jennifer Conlon also recently talked about the marriage and basically repeated EVERYTHING Amber Portwood said about Matt during their time together with regard to the fact that Matt has been manipulating women for decades. “His past has nothing to do with the relationship,” Jennifer insists. “The life we have now is what we have now. Matt is a wonderful partner, friend and someone who listens. I take a person for who they are today and what they do now.” 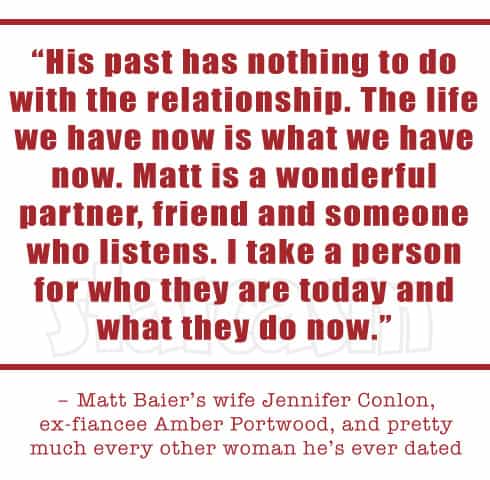 She continued to fawn on Matt, enlightening all of us to the magnificent catch that he is — despite everything that he has done in his life for the last 35 years. “Matt is a wonderful man. What people think of him and how he’s portrayed, that’s not the man he truly is. He is everything and more. He’s generous and loving. It’s unfortunate that people think differently. Matt is a good man, yet he gets attacked in a way I don’t understand. That’s not the person in front of me. His actions don’t show that.”

As we mentioned previously, Jennifer is the mother to two young girls, and of course she believes that Matt is great parent to them — completely unlike his relationship with his 9-ish children. She concluded by summarizing her guaranteed happy ending: “He’s my best friend. He loves me for me. We look forward to having a beautiful life together. My life led to finding my soul mate.”

I’ve researched Matt about as much as anyone on the planet, and I am absolutely AMAZED that he continues to be able to cast his romantic spell on women! All I can say is that he must be a lot more likeable in person than he is on TV, online, in court documents, and everywhere else. My theory is that he is an expert at saying exactly what someone wants to hear, but gets into trouble if there is more than one person watching and/or listening.

Seriously, if Matt was EVER going to change his ways, he was DAMN SURE going to do it to save his relationship (and fame and money) with Amber Portwood! He had somehow managed to find the Holy Grail of love grifting, and still couldn’t keep it in his pants and not lie about pretty much everything. I just hope Jennifer is cautious enough to maintain separate bank accounts, etc. — at least in the beginning.

I checked social media again, and there is still no public reactions to the wedding from Jennifer’s family. Also, it is unclear if the father of her children is aware of Matt’s past. Perhaps Gary Shirley needs to pack up his print outs and do some enlightening again?