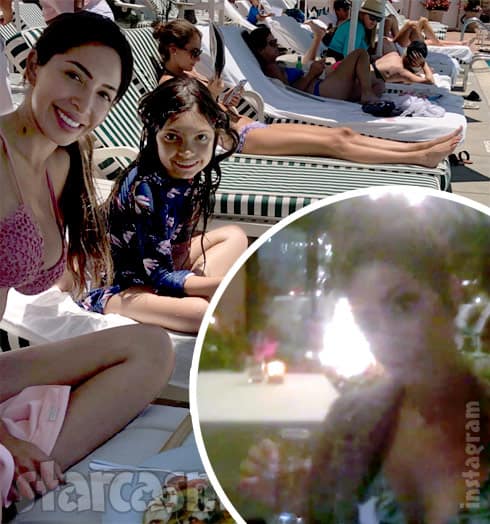 Former Teen Mom star Farrah Abraham has made more than her fair share of headlines over the last decade, but aside from that DUI thing back in 2013, she has managed to make all of her headlines without breaking the law — until now! The 27-year-old was arrested in the wee hours Wednesday morning after reportedly getting into a heated (and possibly inebriated) argument with a male employee at The Beverly Hills Hotel.

According to police records, Farrah was booked by Beverly Hills Police at 1:48 AM Wednesday morning with a bail set at $500. I assume she will be out soon after posting bail, with her next court date scheduled for Friday morning.

Farrah has reportedly been charged with battery and trespassing after an incident that took place at around 1 AM. Farrah and daughter Sophia were staying at the posh Beverly Hills Hotel, as evidenced by numerous poolside photos and videos posted by the mother/daughter pair on Tuesday, and law enforcement sources tell TMZ that Farrah and a male employee of the hotel got into a verbal argument over an unknown matter.

“We’re told things got heated and, at some point, she allegedly struck the staffer. That’s when someone called police,” TMZ reports. “Not shockingly, we’re told alcohol might be involved. A source tells us Farrah was heard playing the “I’m a celebrity” card — yelling things like … you should know who I am.”

UPDATE – More details from The Blast:

We’re told a male hotel security officer asked the reality star to leave the hotel after she “refused to disengage from a verbal altercation with hotel guests.” The security guard told cops that Abraham struck him in the face with her forearm, grabbed his ear and pushed him in the face as he tried to block her from re-entering the hotel.

Officers noted that Abraham “exhibited signs of intoxication during the investigation.” The security guard sustained minor injuries but was not transported to a hospital.

Here’s a still frame from a video of Farrah with a drink in her hand that was posted Tuesday night after 11PM: 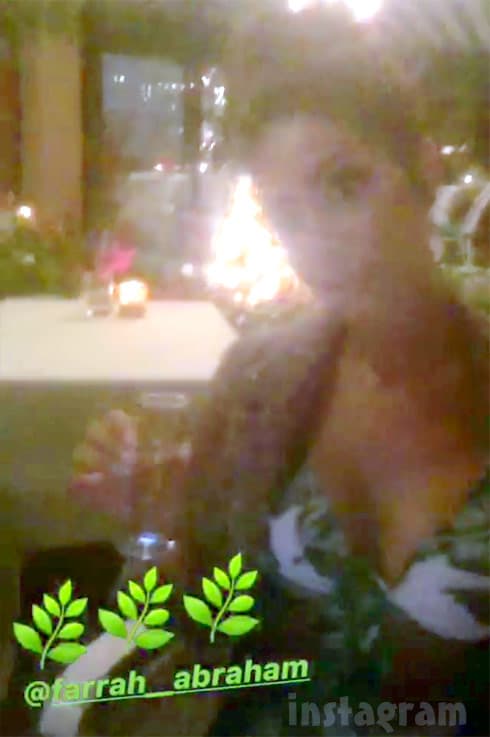 As mentioned above, Farrah and daughter Sophia posted numerous photos on Tuesday, including the picture at the top of this post. And it seems Farrah wasn’t the only reality show entrepreneur at The Beverly Hills Hotel! Here she is posing with Shark Tank shark Mark Cuban:

California is notoriously stingy as far as public access to booking photos, so it is likely that we will not be seeing a Farrah Abraham mug shot photo. It was a similar situation after her DUI arrest in Nebraska, so we manufactured a few of our own — including this cry face mug shot that is now ubiquitous online: 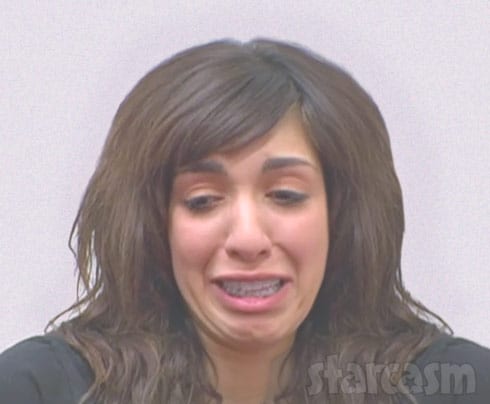 We will continue to monitor the story.