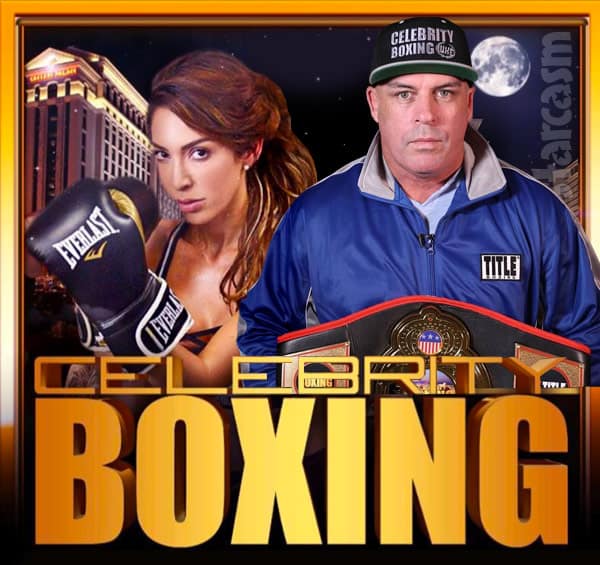 The highly-touted celebrity boxing match featuring Farrah Abraham never happened due to a contract dispute, but the ongoing fallout bout between Farrah’s camp and fight promoters has seemingly entered the 12th round! Celebrity Boxing Federation head Damon Feldman blindsided Farrah with a left hook this week as he shared an alleged contract from her attorney with the Daily Mail in which Farrah demanded that the fight be fixed and she be guaranteed a win.

Farrah’s tag team partner, and dad, Michael Abraham has since responded with a flurry of blows calling out the authenticity of the document shared by Damon, in addition to some below-the-belt punches accusing Damon of having “damaged people, ripped people off, lied, [and] emotionally and physically hurt people.”

Michael’s first reaction came in a lengthy statement made to The Ashley’s Reality Roundup. He insists that Damon and the other fight promoters were the actually defaulting on the contract, and not Farrah. He suggests that the contract posted by The Daily Mail might be a negotiation draft, and also says it’s possible that “they (Damon) could have altered that document.”

Here’s an excerpt of Michael’s lengthy statement to The Ashley:

Notice that the so called contract Daily Mail obtained was not signed by the promoter which means it is not valid. And guess what they (Damon) could have altered that document…… adding or removing ANY statements to the document. Damon and crew will do anything to spin a story even commenting fraud and forgery…

…Damon Feldman and his gutter crew need to have concern about being the ones sued for non performance and other items they committed. Damon don’t let your lies blind you from the truth because the entire world knows real truth – you failed…. you lied ….. you did not fulfill your entire commitments. END OF STORY.

We reached out to Michael, and he iterated to us a lot of what he told The Ashley. “Damon is up to his old tricks and using his old playbook,” Michael says, before hinting at some major retaliation if Damon doesn’t stop. “We are ready for him with a surprise that will bury him if he goes down that road (claiming he will sue Farrah).”

Michael, who has been working out as hard as Farrah was prior to her match if you consider how many times he has thrown the sizable promoter under the bus, continues to trash Damon. “He has damaged people, ripped people off, lied, emotionally and physically hurt people, both in the past and currently. It seems he has forgotten (over the years) the many people he has burned. In court or out of court he has opened a can of worms that so many people won’t let him get by with anymore.”

Much like a concerned boxing coach would tell his severely hurt boxer, Michael encourages Damon to stay down. “If he had any credibility or brains he would just let it go. People won’t put up with his continued lies, fabricated stories, and using people like Farrah for free PR and to be noticed,” he says.

As we previously reported, Damon was willing to “let it go,” at least as far as any potential lawsuit against Farrah, if she would be willing to enter the ring in a boxing match against Teen Mom 2 star Kailyn Lowry. “A fight with Kail will never happen,” Michael tells us.

Even though Farrah and Kail might never meet in the ring in real life, there is still the potential of a claymation fight to death as MTV just announced they will be bringing back their popular Celebrity Deathmatch series! If they do feature Farrah on Celebrity Deathmatch, I would much rather see her go up against the trio of OGs Maci McKinney, Amber Portwood, and Catelynn Lowell! Perhaps she could bring along Michael and Debz OG to help even the playing field?

@starcasm @MailOnline @TheAshleysRR
Michael Abraham
Your the biggest moron https://t.co/pJHHh7851B
Here are the contracts your a moron and your daughter is a Thief get it right she signed Jack ass pic.twitter.com/OH2qsucUmf

Is Maci Bookout pregnant with her second child?