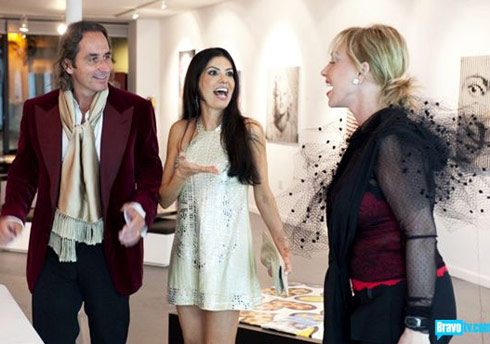 Real Housewives of Miami’s Brazilian bombshell Adriana De Moura can come off as ditsy and unintelligent.  I wouldn’t let the sexy facade and camera personality fool you, De Moura can speak 5 different languages fluently, she’s been an art dealer for over a decade and can now add art gallery owner to her credentials.

Her gallery will play a role in the show as preview photos provided by Bravo (like the one above) show Adriana and other cast members hanging in the art showplace on Fisher Island.  The name of the gallery is simply “The Adriana De Moura Gallery” although it used to be called “The Gallery at Fisher Island.”  Adriana opened the gallery in February of 2007 and has featured little known and renowned artists alike.  Basically, what you’ll find at De Moura is what Adriana feels like having in house at the time.

Via the gallery’s official site: 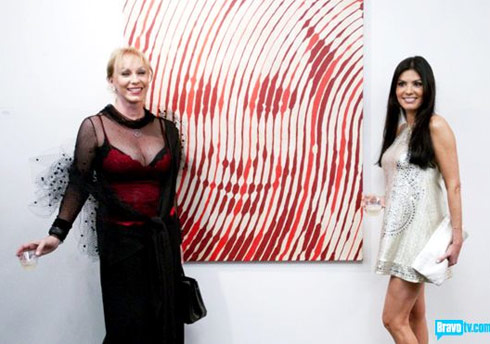 In an article from Social Affairs Magazine Adriana discussed her desires in regards to venturing into the realm of gallery owner.  She stated that:

“I think Miami is saturated with galleries.  They are all nice, but when I looked to for a place to open, I felt squeezed on the mainland.  And then I thought, “What is my motivation?”  What I really love is just to share my passion for art with anybody, and raise awareness about modern and contemporary art.  I don;t really need the crowds.”

De Moura went on to add:

‘What people like to look at, or buy, and what the art market forecasts, do not have much in common.  That’s why I do what I like.”