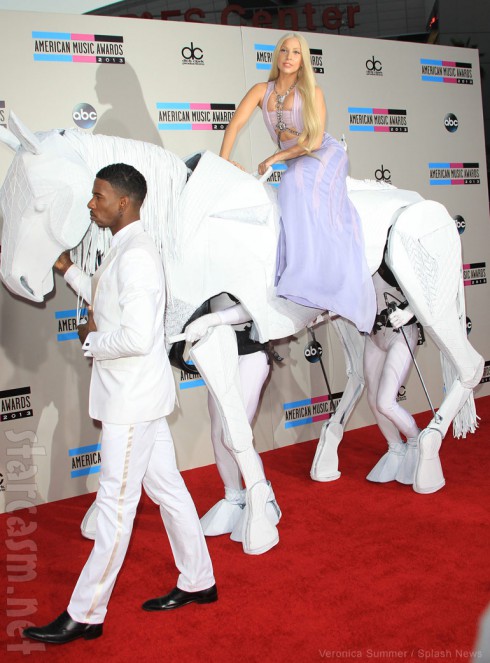 Lady Gaga has been receiving criticism over the past few months for taking herself and her ARTPOP “movement” a little too seriously, and the singer seemed to poke a little fun at herself (jut as she did as host of Saturday Night Live) by arriving at the American Music Awards literally riding her high horse. It wasn’t an actual horse, of course, of course, it was more of some kind of Star Wars stormtrooper horse powered by two human beings (aka interns). 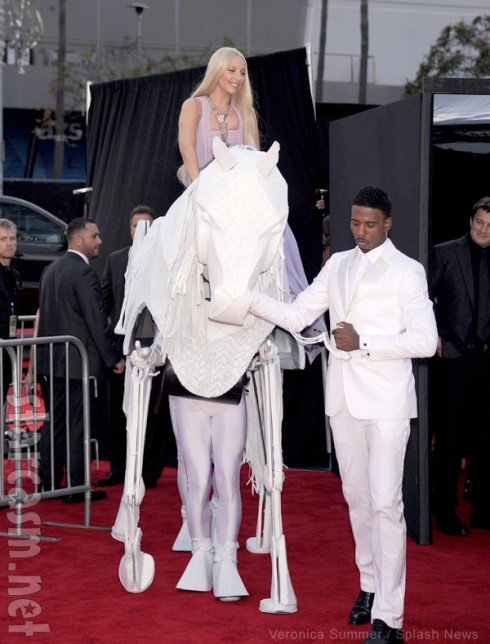 Her arrival brought to mind Lady Godiva, who infamously rode naked through the streets of Coventry in the eleventh century, but ironically this was one of the rare times Lady Gaga was actually wearing clothing. 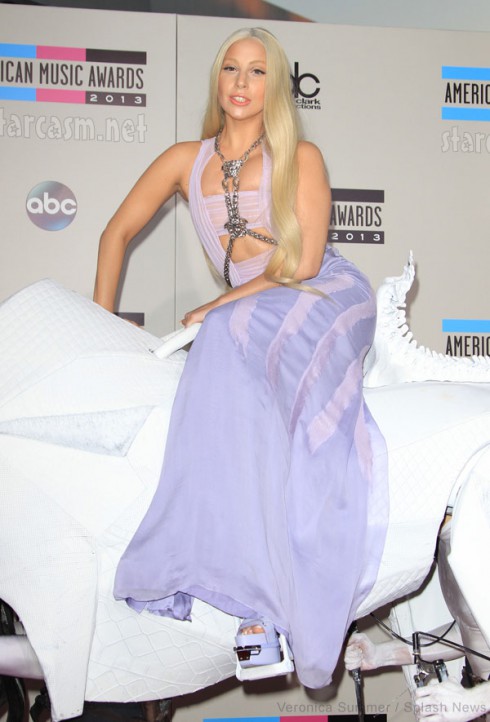 And speaking of her clothing, Lady G was wearing Versace from head to toe, which makes sense given that she was just named the new face of the fashion house. Actually, not only was Lady Gaga dressed in Versace, but she was dressed in Versace VERY similar to the look she wore in the official promotional campaign poster released lat week: 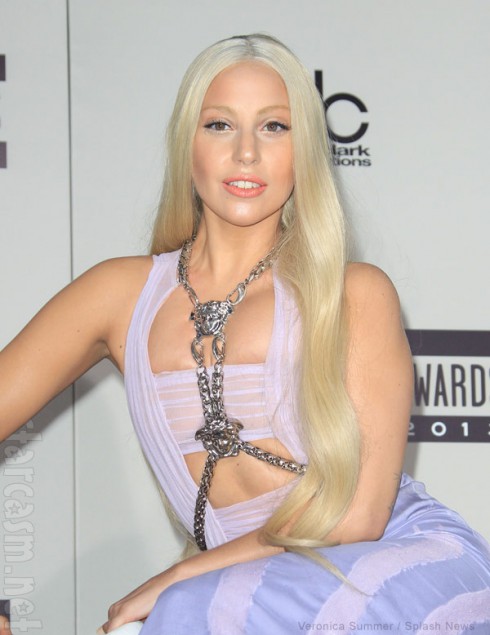 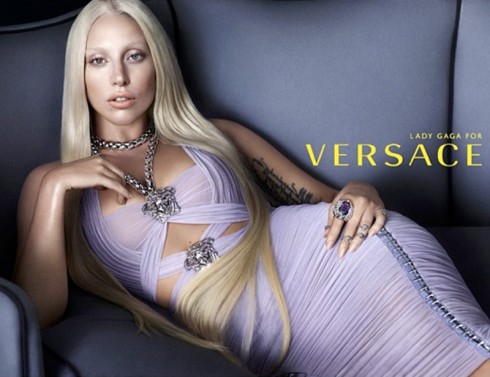 And just in case you (like me) were curious to see what Lady Gaga’s human horse looks like in motion, here’s a video of her riding it on the red carpet prior to dismounting:

I’m just glad she didn’t ride a real horse, which mot certainly would have damaged the carpet with a bit of ARTPLOP, if you know what I mean.