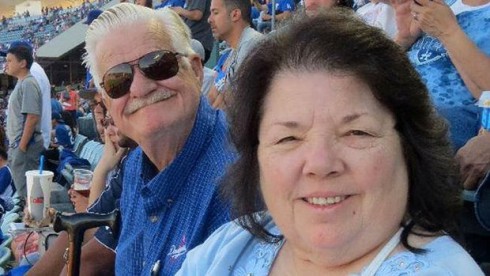 Dianna Bedwell, a 68-year-old diabetic woman, was found alive in the California wilderness after spending two weeks subsisting on rain water and a limited supply of food. Her 79-year-old husband, Cecil Knutson, did not survive.

The couple went missing earlier this month after a morning at the Valley View Casino. After they were found in their car some 35 miles away from where they were last seen, Dianna said they were looking for a shortcut on their drive home and became stranded, The Orange County Register reports.

Dianna was airlifted to a hospital, where she is receiving treatment for extreme dehydration. Sheriff’s Lt. Ken Nelson said investigators had a brief conversation with her, but haven’t asked when or how her husband died. For now, they are letting her focus on her recovery.

“It would be difficult for someone in good health to survive being in the wild for that long, let alone someone like her,” Sheriff Lt. Nelson said. “It’s close to a miracle that she survived.”