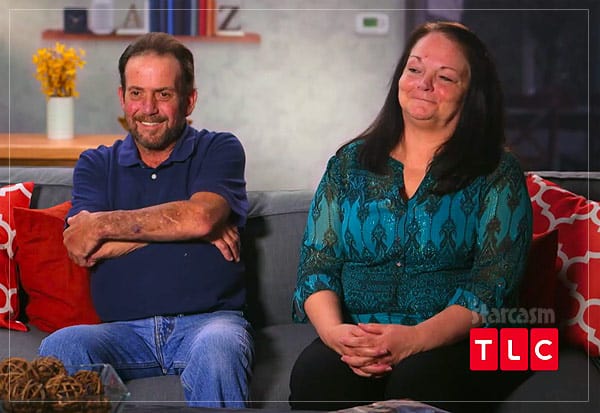 Sunday night’s episode of Unexpected had some very disheartening news as McKayla’s grandpa Tim, who is greatly admired by viewers — including this one, reveals he was diagnosed with cirrhosis of the liver. As if that wasn’t bad enough, he only found out about it because he got run over by his own lawn mower!

Tim recalls what happens in a couch interview after returning home from the hospital:

The other day I was loading the riding mower on the back of my truck. Like a dummy, I thought it was in neutral. It got stuck right at the top of the ramps, so I tried pulling it forward. Well, when I did, I lost my balance and it kind of ran over me because it was in gear.

Tim suffered third-degree burns on his legs from the accident, which doesn’t sound nearly as bad as it could have been if the blade had been engaged!

While in the hospital, that’s when doctors discovered Tim’s liver problem. “They told me that it’s cirrhosis, which was caused by my own stupidity,” Tim says, before clarifying: “drinking too much.”

Tim’s wife Cindy shares more info on the diagnosis. “Basically what she said was the liver was functioning enough to where you had no symptoms, but once you put the strain on it from the accident, it could no longer keep up,” Cindy recalls. “If it weren’t for the accident, we might never have known there was a liver problem.”

Tim recalls being told by the doctor: “You gotta stop. If you keep it up, you’re gonna die.” 58-year-old Tim was quick to heed the doctor’s warning. “It was the last day I had anything,” he says. “No need to hit me in the head with a shovel.”

Later, Tim talks with McKayla about the procedure and he tells her that it was like he was pregnant, in reference to the amount of fluid he had retained in his abdomen due to ascites. “Did I tell you how much fluid they took off of there?” he asks McKayla. “Seven and a half liters. I lost like eight pounds when they did that.”

Unfortunately, ascites is a sign of advanced cirrhosis. Thankfully, Tim did quit drinking, and Cindy mentions the issues that sodium can cause with ascites, so I assume he will be doing everything the doctor says to remain as healthy as possible.

Although Tim and Cindy were unaware of the liver issue prior to the accident, Tim’s health has actually been the topic of discussion on Unexpected forums (including reddit) over the past couple weeks. Despite fans being aware of Tim’s drinking (it has been mentioned on the show), it’s almost impossible to find any unkind words about him and how he and Cindy have stepped up and stepped in to raise McKayla — and continue to provide her with stability and mature insight.

I’m an admirer of Grandpa Tim as well, and I certainly wish him all the best with his health. I checked McKayla’s social media accounts to see if she had provided any updates after the episode aired, but I didn’t see any. Hopefully we will get some positive news through the rest of Unexpected Season 2.

UPDATE – McKayla responded to our tweet sharing this post and let everyone know that Papa Tim is doing much better! From McKayla:

Papas Tim’s health has improved so much since filming season 2!! His liver is doing good, his sodium is back to normal and he’s draining less and less fluid. He just had surgery on a hernia caused by the accident and it went perfect! So proud of my brave papa ❤️ https://t.co/wunJEhfrJB

How ’bout I wrap up this post with a little Grandpa Tim throwback photo? 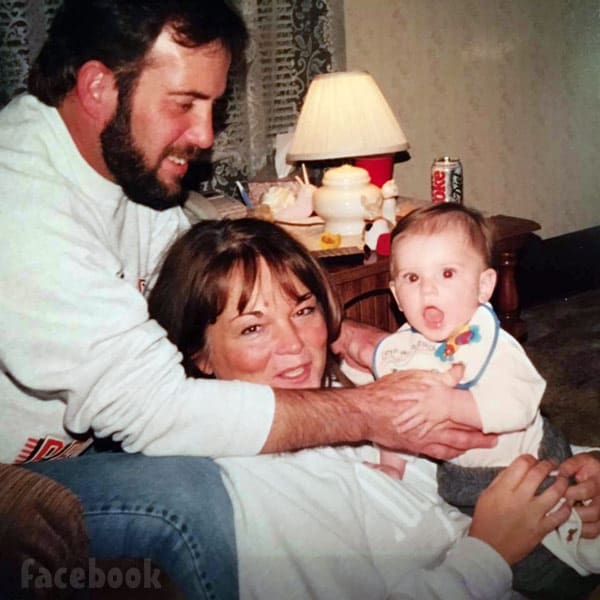 Lexus Scheller is returning to TLC Unexpected, according to Shayden