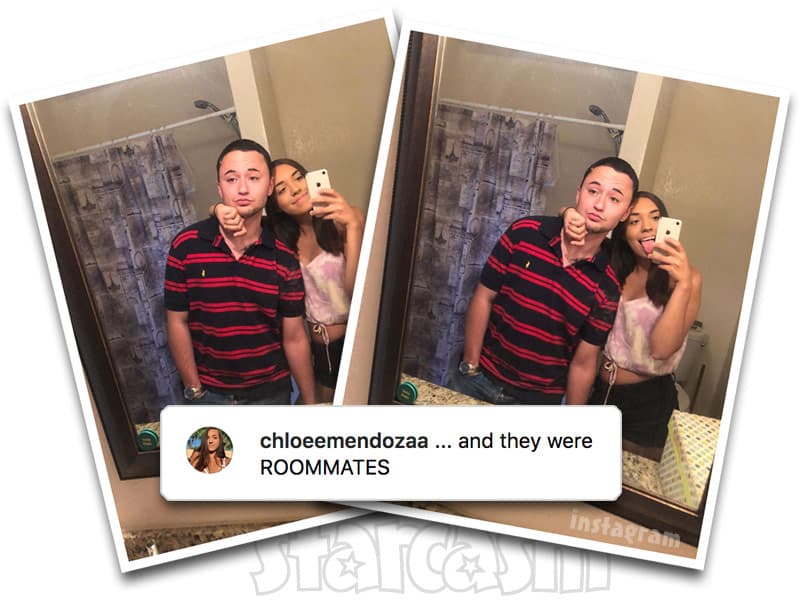 Chloe Mendoza and Max Schenzel from TLC’s teen pregnancy reality series Unexpected have had a bumpy road, but it does appear that they are still together and working towards their happily ever after. Chloe just posted a couple mirror selfies with Max and reveals they are now roommates! The post comes just a few weeks after Max reportedly referred to Chloe as his fiancée in a quickly deleted racy poolside photo.

First, the roommate announcement. Along with the photos above, Chloe wrote: “and they were ROOMMATES.” A commenter replied by writing, “Omg your mom must be p*ssed.” Remarkably, Chloe said her mother Jessica, who has always been a little less than fond of Max, is OK with the living arrangements. “She’s just fine actually,” Chloe claimed.

Assuming that the photo was taken in the couple’s new home, it appears as though they have been together for a while — or at least one of them has had the same apartment for a while. Max posted a family mirror selfie in what looks to be the exact same bathroom back in April.

Earlier this month, Max posted a VERY racy photo of himself with Chloe straddling him in a bikini. The picture was taken by a pool in what could be a community area from their new apartment complex, although that is purely speculation. Here is the since-deleted picture, which is censored a bit due to the fact that I’m pretty sure Chloe is still just 17: 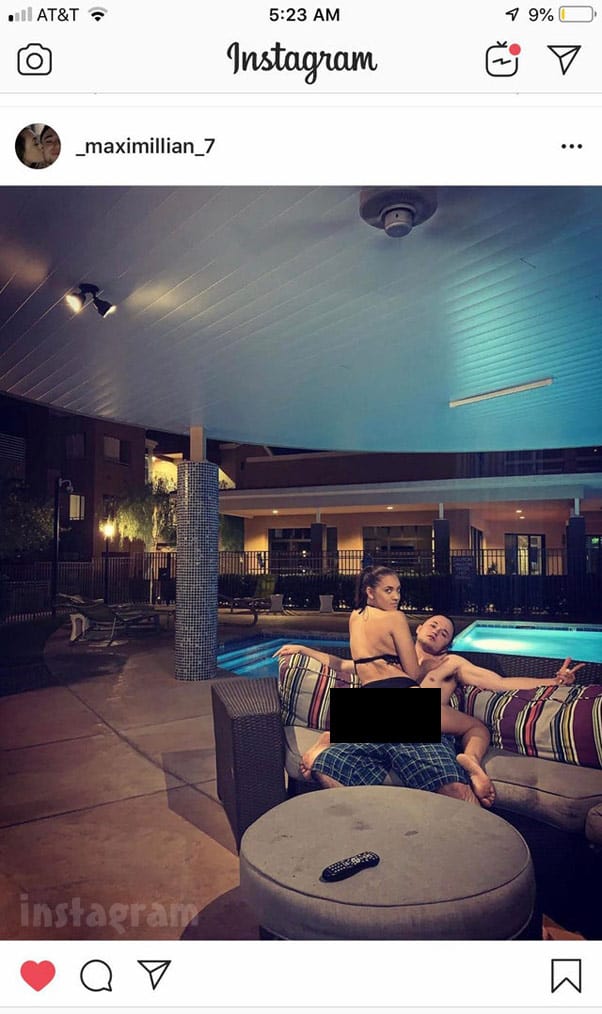 Unfortunately, I did not see the actual post with the photo, but the redditor who grabbed the screen cap above says that Max referred to Chloe as his fiancée in the caption. I checked back over the photos of Chloe from the past few weeks, however, and couldn’t find any in which she is wearing a ring.

Right around the time that Max was posting and deleting his sexy poolside photo, he was also posting about needing a job. Max used to work at a Benihana restaurant, and he used an image of himself from there in his job posting and wrote:

If anyone knows of a restaurant hiring around the Ahwatukee area, Chandler, or Tempe…please let me know. I have lots of experience and will work hard and never be late or call out. 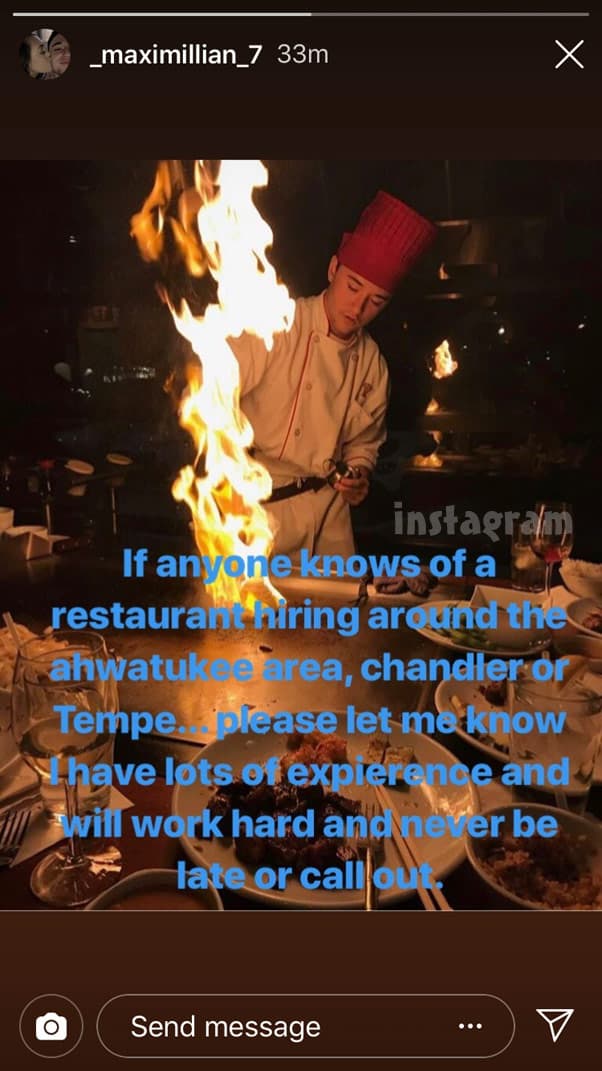 Max was supposed to start serving his three-month jail sentence last month stemming from his felony theft conviction late last year. That jail sentence was delayed yet again in March after Max “tested positive for Fentanyl on three occasions” and he “started intensive outpatient treatment.”

If you look closely at the mirrored selfies at the top of this post, you will notice that there is a green “Sixty Days” chip in the bottom corner of the mirror. Hopefully Max has truly earned it!

I am guessing that finding a job is going to be quite difficult for Max given his recent theft conviction as well as his pending jail sentence.

Meanwhile, Chloe is starting college full time soon, so I don’t know how much she will be able to help out financially. Despite Chloe mentioning that her mother is “just fine” with Chloe and Max living together, I feel quite certain that she will not be helping the couple pay their rent.

As we previously reported, Chloe and Max are filming for Unexpected Season 3, so I assume we will soon be seeing all of this play out on screen. We still don’t have a premiere date, or even a premiere month for the new season, but I expect that will happen very shorty. Stay tuned!

UPDATE – Max posted and deleted another mirror selfie with Chloe which he captioned “Bestfriend/Fiancée” along with a red heart: 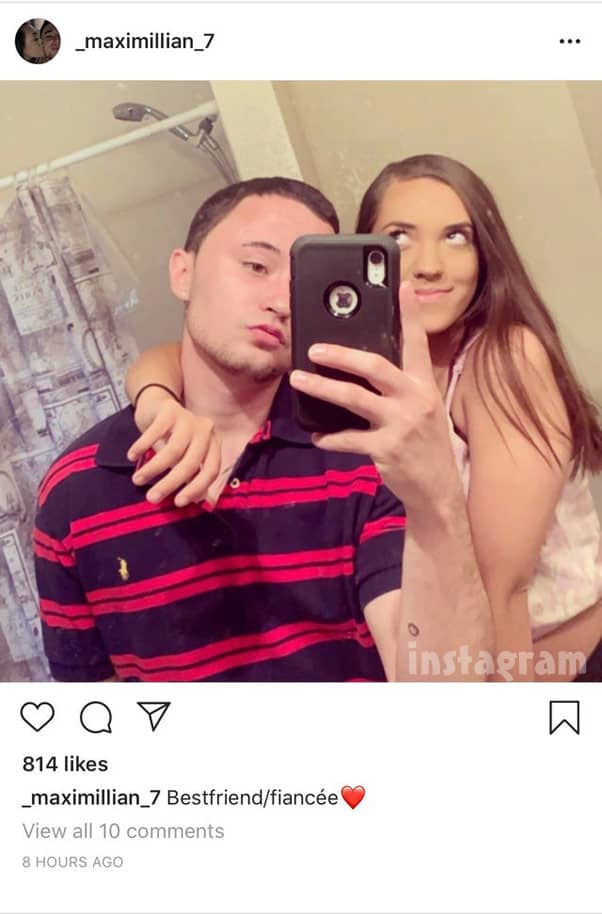 You can clearly see Chloe’s left hand (the image is reversed in the mirror) and there is no engagement ring, so this could just be Max trolling after we shared this post.

VIDEO Chloe is leaving Unexpected, will not be back for Season 4