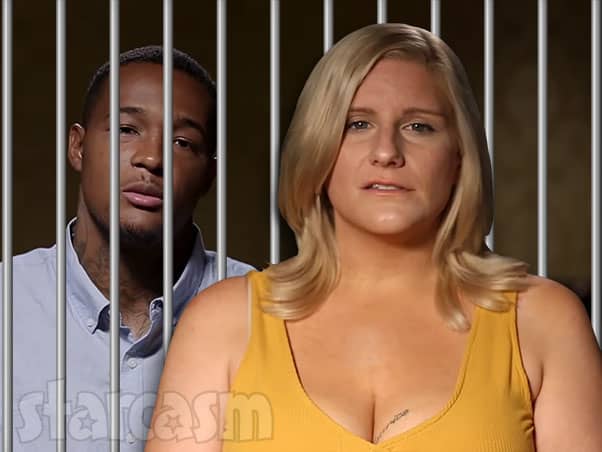 We have an update on Love After Lockup star Maurice Gipson, who was arrested in February on charges of firearm possession and parole violation.

The website indicates that Maurice’s projected release date is April 30, which would be roughly 64 days of his 140-day sentence.

After it was first reported that Maurice was back behind bars, his wife Jessica has been quite vocal online expressing her outrage over all the “lying.”

STARCASM: We reported yesterday that Jessica’s husband Maurice is currently in jail in California. Jessica has since confirmed that he was initially arrested for possession of a firearm, which looks to be the charge that we reported was rejected by the DA. Maurice is currently being held on a parole violation with an arraignment scheduled for next week.

JESSICA: He’ll be home soon. And he WAS NOT CHARGED FOR A FIREARM. He’s ok for a parole violation smfh these people need to stop lying.

STARCASM: “He was initially arrested for possession of a firearm, which looks to be the charge that we reported was rejected by the DA. Maurice is currently being held on a parole violation with an arraignment scheduled for next week.” Where’s the lie?

Jessica’s supporters expressed their frustration too as they accused us of “reaching” and being “pathetic.” We were also accused of writing “incorrect sh*t about people to get clout” in regards to Maurice’s initial charges, even though Jessica confirmed we were correct.

COMMENT: @starcasm_ig when I initially watched the show I rooted for Chandra, Quaylon, and Maurice. I don’t think Jessica should get mad you reported that. They signed up for the show so of course that leads to people talking more sh*t. I just really hope it’s something stupid that made him realize that even being in the wrong place can cost him his life now. He needs to stay in Las Vegas away from everyone. I’m sure he misses his family out there but if he ends up in prison again because of being out there will they visit him??

STARCASM: I agree with you! I was sincerely rooting for Maurice and Jessica and I too hope that it was an issue of him being in the wrong place at the wrong time. I also agree that he would probably be better off in Las Vegas, but [if] he and Jessica have split, then I don’t know if he has anywhere there to stay?

COMMENT: You are reaching. Why would they break up? This page seems to be full of exaggerated stories and should be reported.

COMMENT: @jessica_loveafterlockup this sh*t was posted to make him look bad. Of course they would put a black man was charged for a firearm. It’s a damn shame people have to write incorrect sh*t about people to get clout. Pathetic really 🤷🏽‍♀️

COMMENT: Bunch of fn idiots need to leave him tf ALONE!! Jesus Christ they will do anything for a story! 🙄 hang in there Jessica! Giving you my good thoughts! ❤️🙏🏻❤️

Sarah from @realiteasquad shared an update on Maurice’s sentencing earlier today, and Jessica continued expressing her outrage — this time in regards to there being a difference between jail and prison as well as wife and baby mama:

@REALITEASQUAD: Maurice has been sentenced to 140 days in prison.

JESSICA: Right here honey. I NEVER SAID HE WASNT IN JAIL, I said he wasn’t in PRISON, and he’s not getting charged with a gun, it’s for a parole violation. So that’s two very different things that this weirdo was trying to put on my husband.

COMMENT: Girl you already made yourself a fool, quit while you have a shred of dignity. I have the receipts…and I’m not your honey lmaoooo gorl bye.

JESSICA: This idiot is talking about me HIS WIFE, I’m not his BM IM HIS WIFE.