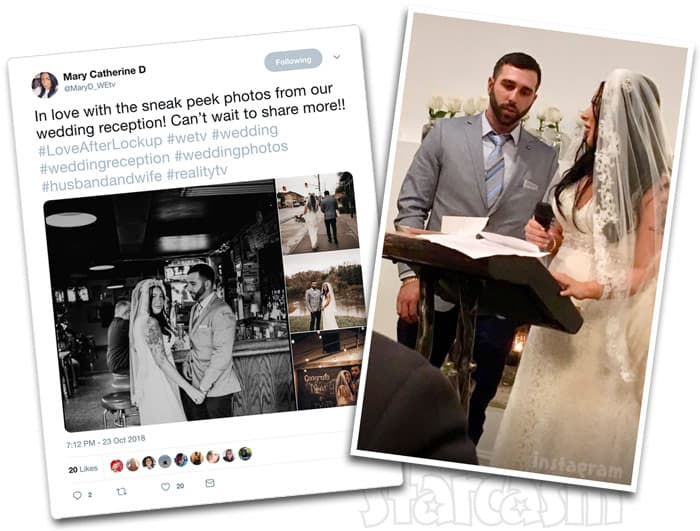 It’s been a little over a year since Love After Lockup star Dominic Dalla Nora was released from prison, and just last month he and wife Mary Dalla Nora FINALLY got to have the wedding they always dreamed of!

Technically, it was the wedding reception that they always dreamed of because the couple officially tied the knot soon after Dom’s release in a private ceremony featured on the show. Mary has stated all along that the couple intended to have a big wedding bash down the road open to friends and family — and she sure delivered!

Given that they were technically already married, it seems that there was no issue about Dom seeing Mary before the event, so they rode together:

And here are some official photos of the bride and groom taken by photographer Lisa Anna:

The reception went down near Kitchener, Ontario on October 20. It appears as though Mary had numerous family members in attendance, including her fan-favorite brother with the unforgettable mustache: 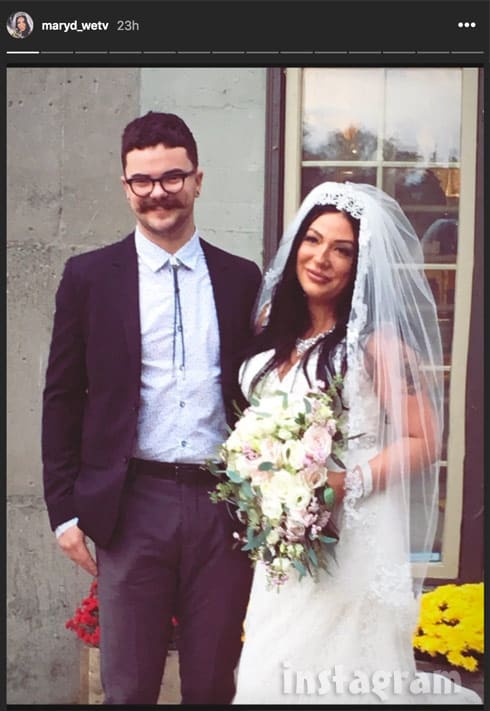 Here’s another photo of Mary and her brother — this time including Dom and Mary’s sister: 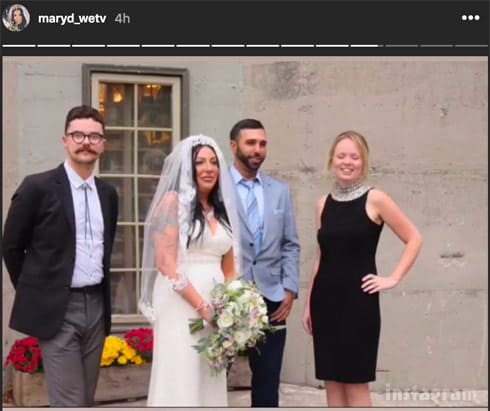 A little more than a month prior to their wedding reception, Mary took to Instagram to reflect on the one year anniversary of Dom’s release. Here is her message:

Today’s a big day for us!! 1 year ago today was Dom’s release day!! It’s crazy how fast time flies! A year ago today was the most exciting and overwhelming day of our lives!! We’ve been on such an incredible journey together and continue to grow as individuals and as a couple! I’m so proud of everything Dom has accomplished so far his first year home! He fast tracked successfully from the halfway house to our new home. He works full-time as an iron worker making a great income as well as he takes on many side jobs!! We’ve grown so much over the last year and continue to look forward to new milestones in our lives!! We are now in the final stages of planning our official wedding reception and can’t wait to celebrate that in the fall!! Everyday we are working and getting closer to his full freedom!! Congrats Dom!! I’m so proud of you xx

We want to iterate the congrats to Dom for getting out of prison and staying out of prison! And we’ll tack on an additional congratulations to both Dom and Mary for remaining together and seemingly finding a happy ending — a true rarity for pretty much any couple married on reality TV!

Speaking of Mary, Dom, and reality TV, be sure to watch a special Love After Lockup: Our Story episode on Dom and Mary airing tonight at 10/9c on WE tv! The episode will not have any new information or updates, but will edit together just Mary and Dom’s story from the first season of the show. The couple did film some new footage, however, with the assumption being that we will be getting a Love After Lockup Season 1 “Where Are They Now?” kind of thing for all of the couples. (Well, maybe not Angela, Tony, Scott, and Lizzie because they are all coming back for Love After Lockup Season 2.)

To wrap things up, I will send you all off with more photos of Mary and Dom’s wedding reception from her Facebook page: