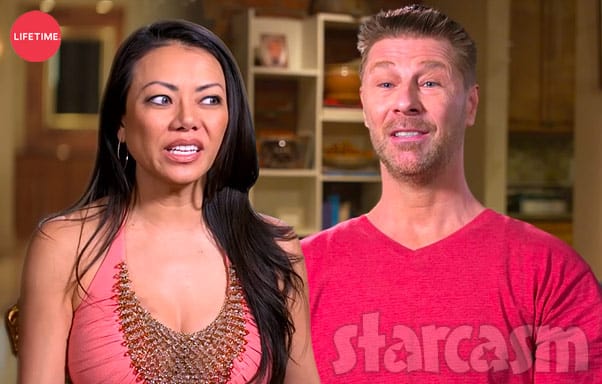 On the season finale of Lifetime’s Marrying Millions reality series, Las Vegas real estate investor Gentille Chhun and her construction worker fiance Brian overcame numerous obstacles and appeared ready to get married in a quaint Las Vegas chapel. However, Gentille got cold feet hours before the scheduled ceremony and called the whole thing off. And she didn’t just call off the marriage, she called off her relationship with Brian. But, was their relationship ever real to begin with?

Pretty much any reality show is going to have a fair amount of scripted and “not real” elements, but there is A LOT of evidence to suggest that the majority of Brian and Gentille’s story was fake. Some of the evidence is being talked about in various forums and on multiple social media platforms, so I have tried to gather it all together in one place. I’ve also added some additional evidence that I haven’t seen mentioned anywhere else.

OK, the prosecution will now present its case… 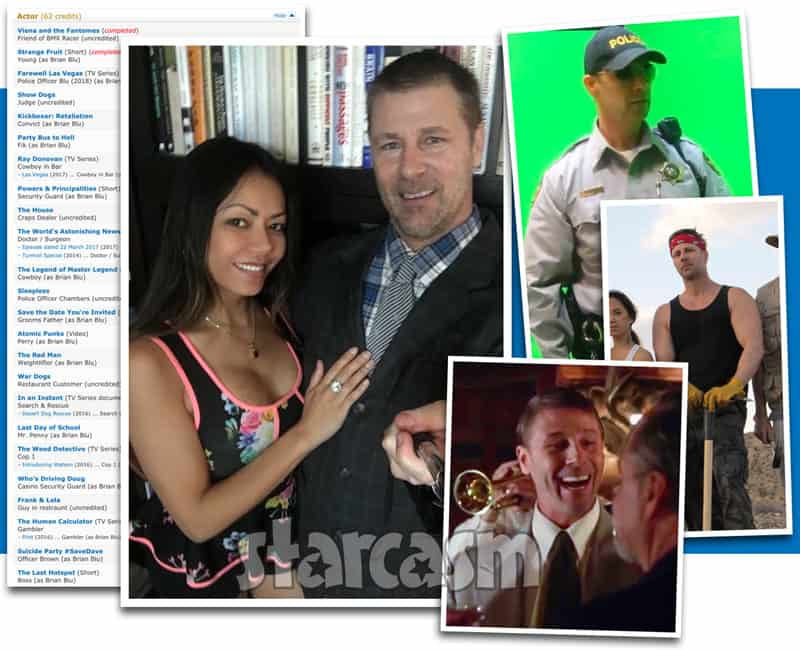 Brian is an actor with 62 credits on IMDB.

If you click the link above it will take you to our post with that exact title that goes into detail about Brian’s acting history. I should point out that this evidence is not as damning as it may appear because Brian’s “acting career” consists mostly of extra roles and bit parts.

Gentille was hungry for the spotlight as well.

Gentille has appeared on numerous Las Vegas real estate shows, in addition to launching her own online talk show titled The G Spot With Gentille. Here’s an episode in which Gentille talks with her friend Susan Brock (who was featured on Marrying Millions) about dating and male impotence:

The fact that Brian and Gentille were previously looking for on-screen fame is no clear indication that they faked their romance to be on Marrying Millions, but I think it does go towards establishing motive.

Judge: I will allow it.

Did Brian say the show was fake on Instagram?

Gentille recently revealed that it was Brian who applied for them to be on the show after he ran across a casting call — which I’m sure is something that he checks often. Gentille made that reveal in an interview with Instagrammer @TheRealistReality, which she re-posted on her own account.

In the comments section of Gentille’s post was this interesting interaction with @stacy12349, an account that has no posts, no followers, and isn’t following anyone:

COMMENT: Oh and seeing how he didn’t come out about a lot of things until you two were on the show, did he ever lead you to believe that he was more wealthy or living on his own?

@STACY12349: The thing is…he wasn’t living with his parents all his life. He was in the process of moving into another state so he stayed with his parents in that process. He signed he and Gentille up for the show and decided to stay there instead of moving to a different state….since they were being casted there.

Now, if you hop over the original interview post from @TheRealistReality, you will see this interaction with the same account Gentille says was Brian:

COMMENT: Isn’t the guy on bottom right on the show Axe Men?? [The “guy on the bottom right” is Brian.]

There is no marriage license for Gentille and Brian.

According to what viewers saw on the Marrying Millions finale, Brian and Gentille were all set to get married and were at a chapel in Las Vegas just hours (or less?) before the wedding was scheduled to take place when Gentille got cold feet and called it off. I checked Clark County, Nevada court records and there is no marriage license on file for Brian and Gentille.

It appears that the whole chapel scene was staged, although it is unclear if the guests knew. I would assume that they did, and that is also why Brian’s parents weren’t there “yet” — bascially because they weren’t coming because there wasn’t actually a wedding that was going to happen.

Gentille’s lavish residence featured on the show is almost definitely not her home.

According to Clark County records, Gentille owns two properties in the county. Her personal address listed on all the documentation is one of those two properties. It is a nice (but not crazy nice) home located in a gated community in south Las Vegas. According to a 2011 listing for the home, it is 3,560 square feet with 5 bedrooms and 2.5 bathrooms. The lot is .29 acres with a small pool that abuts a drainage area on the back of the lot. Here are a few photos from that listing as well as a satellite image of the property: 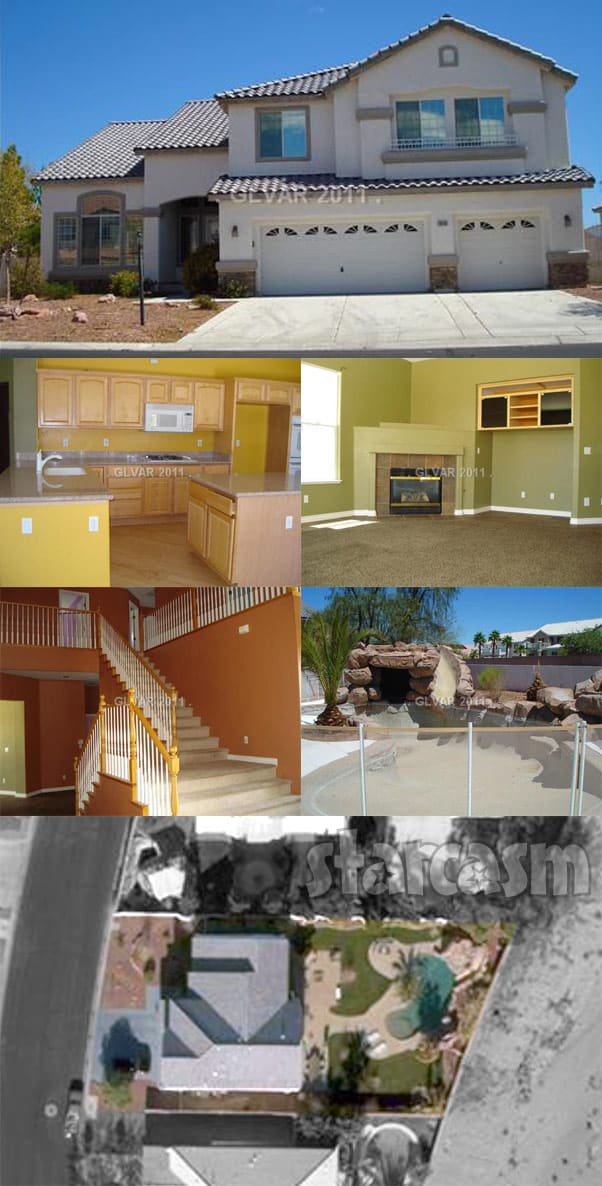 Contrast those photos with a few screen grabs of Gentille’s house from the show:

Gentille shared a photo with a group of friends in September of 2017 that she captioned in part with the hash tag #myhappyhome. The home looks to be the same as the one from the listing, as you can tell from the matching tiling on the floor and the matching stair railing: 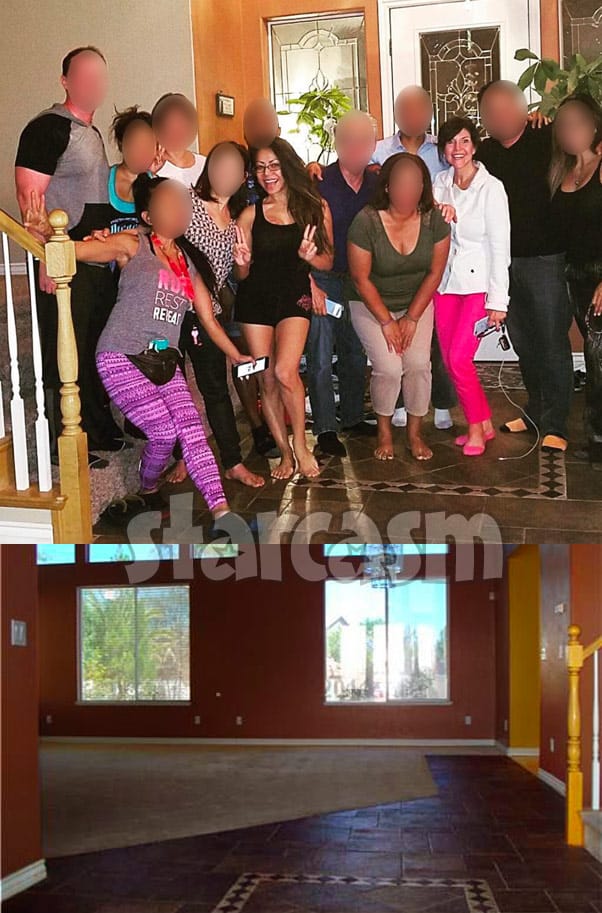 And here’s Gentille getting some sun in front of her pool, which is definitely the same swimming pool with a slide and rock cave from the listing: 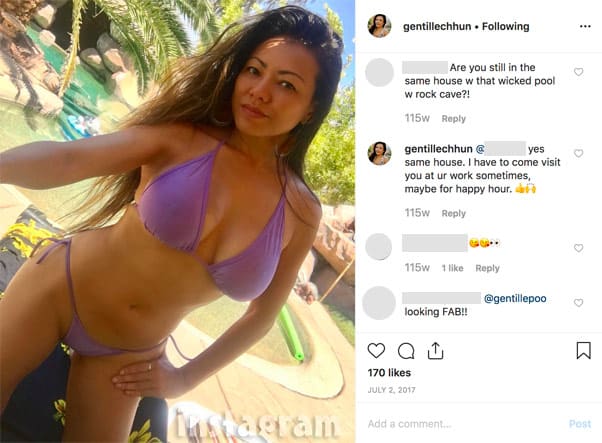 UPDATE – Gentille hosted a Marrying Millions Season Finale viewing party at her house and it was DEFINITELY not at the house from the show! The house in the event photos posted by friends is a match to the one from the listing above: 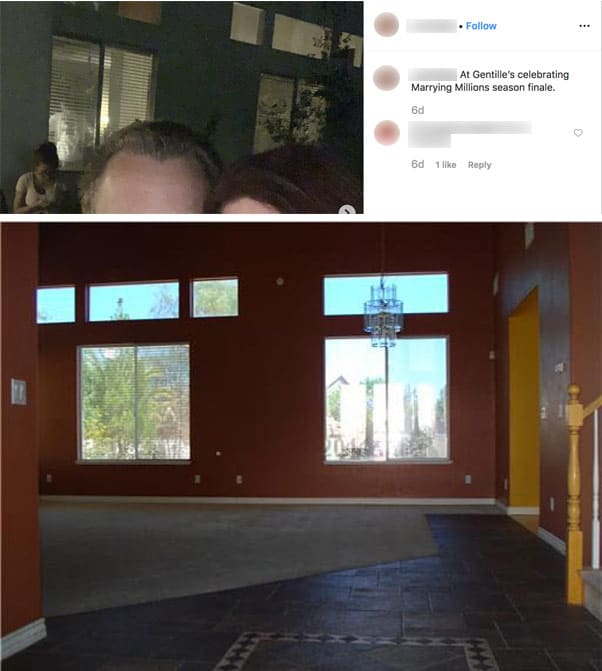 I tried to locate the house used on the show, but I didn’t have enough information to have any success. With Gentille’s real estate connections in Las Vegas, I can’t imagine it would have been too difficult for her to locate an extravagant mansion to film in.

Some folks are making a big deal out of Gentille posting lots of photos with 90 Day Fiance star Colt Johnson, but I don’t believe there’s anything much to talk about. Marrying Millions and 90 Day Fiance have the same producers and use a lot of the same production crew members. It only make sense that two reality stars from the same city with so many mutual friends would hang out together. And they both seem like people that would get a kick out of trolling fans a little on social media.

That being said, I can guarantee without a doubt that the possibility of Colt dating Gentille for Marrying Millions Season 2 must have come up in conversation! Unfortunately, new reports indicate that he recently filmed with a woman from Brazil for a new season of a 90 Day Fiance show. That relationship looks to have ended last week, however, so who knows?

Gentille owns a gelato stand. In addition to owning it, Gentille seems to put a lot of time and effort into promoting it. That seems odd for someone supposedly making millions off of each real estate transaction, but otherwise I didn’t see much connection between the gelato stand and whether or not Gentille and/or Brian’s story line was fake.

It looks like Gentille Chhun will be returning for #MarryingMillions Season 2! See all the evidence, including one photo of a camera crew and another of Gentille on a date with a new mystery man! #BrianWho https://t.co/cvX5Gyz7Wp

Was the relationship between Gentille and Brian fake? My opinion after spending an inordinate amount of time researching this topic is yes. I suppose it is possible that they dated or something early on, but it is clear by the time the wedding roles around that it is all just scripted for the cameras.

Speaking of scripted, let me give a go at some behind-the-scenes fan fiction. I will start at the same point as Gentille and Brian from the show. The two met when Gentille hired a construction/handyman crew that Brian was a part of. (Despite his extensive credits on IMDB, Brian wasn’t making any real money acting. I assume he did have some sort of actual job, although the fact that he was apparently staying with his mom and stepdad could indicate that he didn’t.)

I can totally see Gentille getting a kick out of Brian’s quirky sense of humor, so perhaps there was a line of communication there. I assume Brian would have brought up his acting experience, and Gentille would have mentioned her talk show.

Brian gets up one morning and is doing his daily check of casting calls when he runs across the casting call for Marrying Millions. The idea occurs to him to pitch the idea of applying to Gentille. She’s a little reluctant at first, but eventually agrees to try it, because why not?

Show producers see Gentille and Brian’s audition tape and see potential as far as entertainment value. Producers work with Gentille and Brian on scripting some drama with her friends as well as playing up the “Brian keeping secrets” angle. They script out a full season’s worth, culminating in a last minute cold feet wedding, and BOOM! There you go.

Will there be a Marrying Millions Season 2?

We’re searching for non-married couples with significant income differences. Going into its second season, this docu-series takes pride in showcasing a variety of couples from different walks of life – telling their stories of finding love, documenting the big romantic milestones (like buying a new home!), and showing how couples adjust to each other’s new lifestyles.

Our casting is nationwide and all cultures are welcome! Also, there is a $5,000 finder’s fee for the person who refers a couple to us that makes it to the final round and is selected and cast by the network. So feel free to spread the word!

Unfortunately, I was unable to track down an email address or other information on how to apply.

Did I spend WAY too much time researching this post?