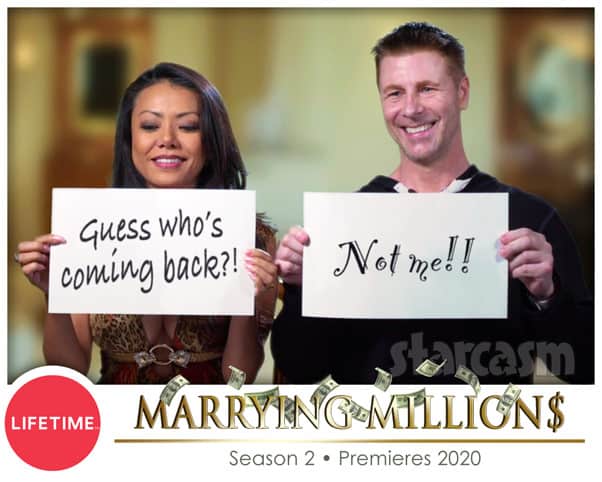 Las Vegas real estate mogul Gentille Chhun looks to be filming once again, judging from her recent Instagram pots. And no, her ex fiance Brian does not appear to be with her.

The first clue that Gentille would be returning came in the comments section of one of her Instagram posts from late November. “I miss watching you on the show!” a fan wrote on her post, adding: “You were the only reason I watched.”

Gentille responded by writing: “Thank you. Season 2 coming up.”

“Yay!!! Can’t wait to see you back on TV. When exactly?” another commenter asked.

This weekend Gentille share a couple photos in her Instagram story further suggesting she is back in front of the Lifetime cameras.

Here’s one image of a camera crew filming: 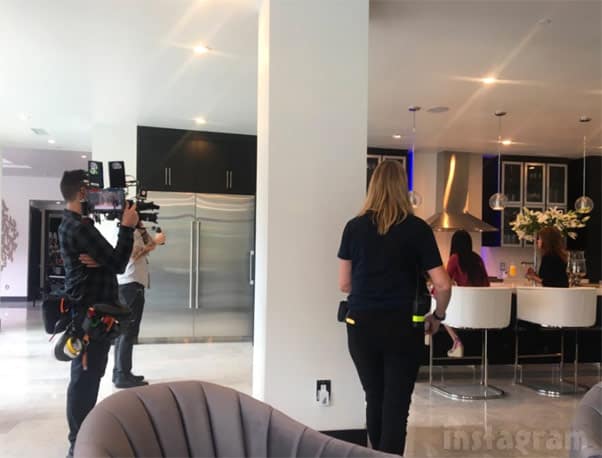 The women seen filming in the photo are Gentille’s gal pals (aka “the evil stepsisters”) Susan and Rose, who were featured prominently on Marrying Millions Season 1. I assume Gentille is there as well, but obscured by the column and the crew member in the foreground.

Rose posted a gallery of photos on Sunday with Susan, Gentille, and another of their friends in which Susan and Rose couple be seen wearing the same clothes as the picture above. “Fun day mimosas and nails!” Rose captioned the gallery in part, adding the hash tags #marryingmillions and #lifetimetv.

Susan posted a photo with Rose on Sunday wearing the same clothes, and she used the #realitytv hash tag in her caption.

“So hot,” one commenter wrote, along with the flame emoji.

“Thank you!” Susan replied. “We had so much fun. Filming again tomorrow all day.”

A couple hours after Gentille shared the photo of the film crew at work, she shared another photo of herself and a mystery man eating at a restaurant together! Could this be her love interest on the new season? 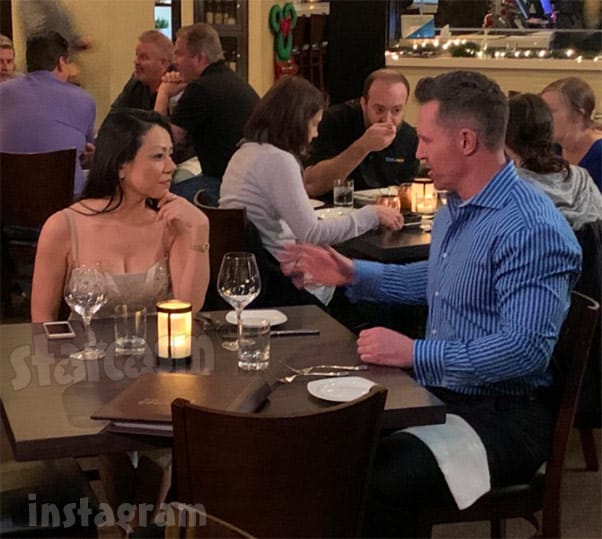 I immediately thought it was Ryan Reynolds, but given the concept of the show, I suppose it is more like the poor man’s Ryan Reynolds. 😉

As I’ve stated in our previous posts about Gentille, I really like her! I think she’s smart, funny, and of course quite attractive. I thought her story line with Brian was a bit exaggerated (to say the least), and I also believe that she isn’t nearly as wealthy as the show would have us think. That being said, she has all the makings of a popular and entertaining reality star.

HOWEVER, I’m already cautious about her being featured on Marrying Millions Season 2 because that would mean that she must have proactively sought out a relatively poor guy to date. That’s a bit silly to me, and I’m worried that she will once again be stuck in a story line that is a little hard to believe.

Maybe the mystery man in the photo is a decoy and Gentille will actually be dating her Instagram buddy Colt Johnson from 90 Day Fiance? There’s CERTIANLY a big wealth gap between those two! Unfortunately, the novelty of that relationship would wear off for me in the second episode after Gentille meets Colt’s mother Debbie for the “first” time.

Who knows, perhaps Lifetime will surprise us all with a Marrying Millions: Happily Ever After spin-off series that follows former cast members and is not necessarily reliant on the wealth gap concept. That would free Gentille up to date whomever she pleases regardless of how much money they have. Only time will tell I suppose!

So what do you think about Gentille returning for Marrying Millions Season 2? And which other Season 1 stars would you like to see more of?

MARRYING MILLIONS Was Brian & Gentille’s relationship & story fake? Was that even her house?