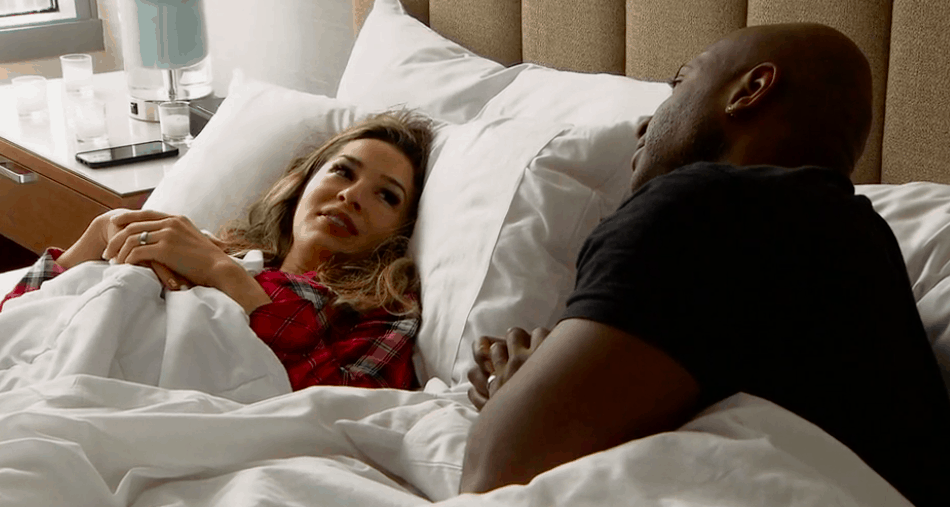 On episode 4 of Season 13 of Married at First Sight, the couples connect after their wedding in their hotel rooms. During their “getting to know you” pillow talk conversations Myrla Feria and Gil Cuero found out they have a very tragic thing in common: both of their fathers were murdered. Gil’s dad was gunned down at home when he was 14-years-old, which was an unquestionable formative experience for him, and Myrla’s dad was murdered by her step-sister.

“So my dad passed away in 2015,” Myrla says after Gil asked her why her “Pops” wasn’t at the wedding while they were winding down while still wearing their wedding clothes. “It was pretty traumatic.”

This led Gil to share about what happened to his father. Three days was the 21st anniversary of Gil’s dad’s murder. when Gil was only 14-years-old.

When Gil reveals that his dad was murdered, Myrla is shocked. “Mine too!” she says.

How did Gil’s father die?

In the early hours of the morning the killers broke in the house and walked right next to 14-year-old Gil while he was hiding under a blanket. He heard shots, and then went to check on his dad, who had been shot in the neck.

Later at the hospital, he found out that his dad didn’t make it. Gil says it’s now easier for him to talk about it because he’s now ready to face those demons.

After Gil shared his story, Myrla didn’t really want to although she says she “talks about it all the time.” The next morning Myrla was ready to open up.

How did Myrla’s dad die?

“My dad was remarried,” Myrla says. “And so, my dad’s wife had a daughter. I guess she had text him or something, [he] met her up, when to her house, and I think the story from her was that he would harass her all the time, and that when she took him to her house -”

“Oh, she set him up,” Gil interjects.

“Man!” Gil exclaims after hearing this.

“It was crazy,” Myrla agrees.”

“And then they confessed,” Myrla says.

Gil was shocked and said that this was “TV stuff, telenovela-type stuff.”

At the beginning of the story Gil misspoke by calling the woman who killed Myrla’s dad her “half-sister,” but according to what Myrla said, it was actually her stepsister.

Even though this is not something they wanted to have in common with each other, Myrla did find comfort in the fact that her new husband understands what her situation feels like.

At their wedding, the topic of Myrla changing her name to her husband’s name was one of the first points of contention for the couple. Gil says that he’s a traditional man who expects his wife to change her surname for him, but Myrla is attacked her her surname Feria because she lost her father in such a tragic way. On the day of their wedding they were unable to reach a consensus on whether or not Myrla will keep or change her name.

We were unable to find any news reports about either of these murders. ƒm

Autopsy links drug use to designer Alexander McQueen’s suicide, which was not his first attempt