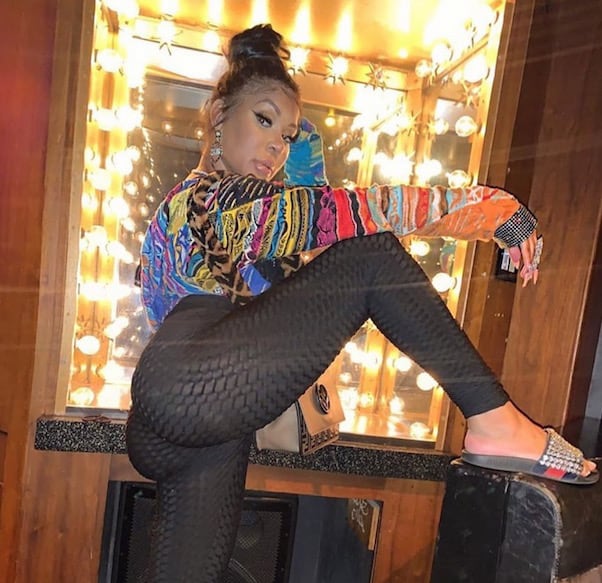 The road is officially closed for Love & Hip Hop Hollywood star Lyrica Anderson and A1 Bentley — and Lyrica may be out there playing the field with some high-profile celebs. With the LHHH Season 6 debut just around the corner, gossip about Lyrica and Floyd Mayweather is at a fever pitch, thanks to some thirsty pics of the two of them together. Plus, Lyrica and A1 both used the photos’ comment section for some fairly shady reveals, which in turn just fueled the speculation that the two of them are only “split up” for reality TV purposes.

In case you’re just catching up with the Love & Hip Hop Hollywood gossip train now that the show’s return is imminent, here’s what’s been going on. Just a few months after Ocean Zion Bentley, their first child together, was born, Lyrica and A1 appeared to split up over his reported infidelity. The woman with whom A1 allegedly cheated? Model Summer Bunni, who’s also joined the LHHH Season 6 cast, and who seems to have been brawling with both A1 and Lyrica in front of the cameras for several months now.

With all that in mind, here’s the Instagram post that got fans talking about Lyrica and Floyd Mayweather maybe potentially dating, or just enjoying each others’ company, or maybe just trolling A1:

In particular, we’ll call your attention to the very first comment on the post — a question that Lyrica herself chose to answer:

Of course, that by itself is hardly proof that Lyrica and Floyd Mayweather are dating. And neither is the shade-tastic comment A1 left under Lyrica’s post. “”I’m so happy for y’all,” he wrote,” adding “Love Wins” and capping the sentiment off with an emoji of two wine glasses clinking.

The most innocent interpretation of all of this is probably that Lyrica and Floyd Mayweather just posed for a few pics together during Lyrica’s performance. We’ll also point out that this isn’t the first time Floyd has been linked to a Love & Hip Hop Hollywood star; a couple years back, the prevalent gossip had him linked with Keyshia Cole.

Whitney Houston has a wardrobe malfunction on X Factor